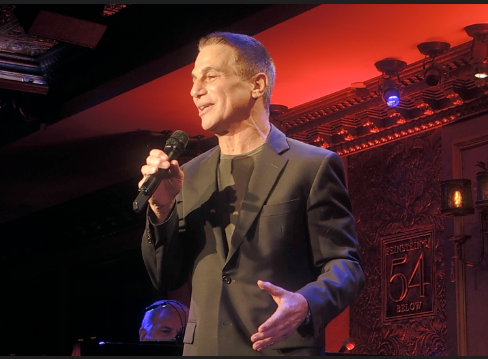 Tony Danza definitely has that it factor going!  He’s got that winning charm and is very engaging . . . a real storyteller!  And he plays the ukulele!  Now into his debut run at Feinstein’s/54 Below, he gave the press insight into what makes him a star!  It’s not only his soft shoe, but the show he put together filled with his favorite standards, along with tunes from his run in the Broadway musical Honeymoon in Vegas – he’s a master at intertwining stories about his life and his personal connection to the music.

Perhaps best known for his starring roles on two of television’s most cherished and long-running series, Taxi and Who’s The Boss, Danza has also established himself as a Broadway star and a cabaret song and dance man.  Danza most recently received rave reviews for his performance in the Broadway musical comedy,Honeymoon In Vegas, with the New York Times calling his performance “sly genius,” and a “career high.”  He has also starred on Broadway in the The Producers, A View from the Bridge, and opposite Kevin Spacey in The Iceman Cometh. Tony debuted his latest cabaret act, Standards & Stories, last year to a sold out audience at the world famous Carlyle Hotel in New York City, with The New York Times calling him “a live wire who tap-dances, plays the ukulele, tells stories and radiates irresistible charm.”