Tony DeSare My Generation: The Contemporary American Songbook at 54 Below 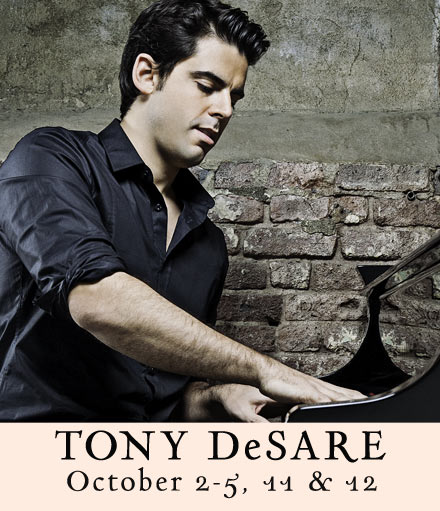 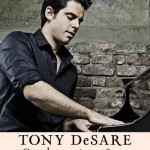 Tony DeSare opened his show with a video. Remember the pianos all over New York this year? His video featured him playing I Love a Piano (Irving Berlin) on a lot of different pianos with people watching, dancing and just generally loving the serendipity of it—good 21st century opening to a cabaret act.

His show set out to represent the contemporary American Songbook (25 years old or sooner) and his choices were suitably eclectic and interesting. He is a very talented musician and singer with sweet charm to burn.  How Deep is Your Love (Gibb Brothers), done salsa-style, was an unusual arrangement for that song and very effective; Johnny B Goode (Chuck Berry) an all-out be bop rendition; The Times They are a Changin’ (Bob Dylan) softly done and eerily apt for what’s currently going on in this country; and For No One (Paul McCartney) a quiet gem of a Beatle’s song. For good measure, Tony sang several of his own songs—one of which Where Love Lives is a beautiful, soulful song that fit in quite well with the classics.

His total love of the piano was also highlighted here; and as a pianist as well as a singer, he moves from one genre of music to another with great ease and panache.

His band is completely in full swing and fabulous—Edward Decker on guitar, Steve Doyle on bass and Michael Klopp on drums.