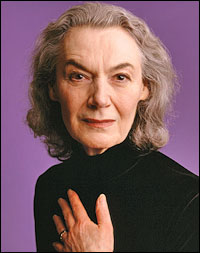 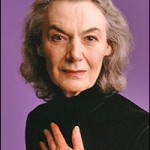 Tony winner and premier actress of the American stage Marian Seldes, 86, died peacefully at her home today after an extended illness. Her brother Timothy Seldes made the announcement.

In a statement, Mr. Seldes said, “It is with deep sadness that I share the news that my dear sister Marian Seldes has died. She was an extraordinary woman whose great love of the theater, teaching and acting was surpassed only by her deep love for her family.”

With a career that spanned 60 years, Seldes was the consummate actress and was happiest in the theater. She was honored to be in the theater and her focus and hard work resulted in extraordinary performances that became touchstones for those who worked with her and saw her on stage. She made her Broadway debut in 1948 in the Robinson Jeffers adaptation of MEDEA directed by John Gielgud and starring Judith Anderson in the title role. She won her first Tony (she was nominated for five) for her supporting role in A DELICATE BALANCE by Edward Albee. Seldes has a long association with the playwright, appearing in THE PLAY ABOUT THE BABY, TINY ALICE, COUNTING THE WAYS (as part of Beckett/Albee plays) and THREE TALL WOMEN, a tour de force for the actress. She entered the Guinness Book of World Records for her appearance in Ira Levin’s DEATHTRAP (Tony nomination)when she didn’t miss a performance of the play’s four-year run. Other stage credits include EQUUS, PAINTING CHURCHES, THE MILK TRAIN DOESN’T STOP HERE ANYMORE, THE CHALK GARDEN, RING ROUND THE MOON (Tony nomination), and DINNER AT EIGHT (Tony nomination). Her last appearance on Broadway was in 2007 in Terrence McNally’s DEUCE.

In 2010, Seldes received a Tony Lifetime Achievement Award honoring her contribution to the theater and her extraordinary talent. Her acceptance of the award became a legendary moment in Tony history when she stepped onto the stage, placed her hand over her heart and looked at the audience of theater luminaries and then exited without a word. She later explained, “They said to keep it short, so I decided I would just say nothing.”

Ms. Seldes also had an extensive career in movies, television and radio. She appeared in more than 18 films, including TRUMAN (as Eleanor Roosevelt), LEATHERHEADS, THE GREATEST STORY EVER TOLD, HOME ALONE 3 and MONA LISA SMILE. On the small screen, she appeared as Emily Bronte in the television movie “Our Sister Emily,” in “Murphy Brown” as the title character’s eccentric aunt and as Mr. Big’s mother in the popular series “Sex and the City.” As a radio actress she appeared on the CBS Radio Mystery Theater for eight years.

One of her greatest joys was found in the classroom. Seldes taught for many years at The Juilliard School and later as an adjunct professor at Fordham University. She loved working with her students and her generosity and support of her fellow actors was demonstrated in her teaching. She became for many of them an important friend as well. Among her students were Kevin Kline, Laura Linney, William Hurt, Kelsey Grammar, Christopher Reeve, Kevin Spacey, Patti Lupone, Stephen McKinley Henderson, Christine Baranski, Viola Davis and Robin Williams.

Born and raised in Manhattan, Seldes was the daughter of Gilbert Seldes, an American writer and cultural critic, and Alice Wadhams Hall, a socialite. Her uncle was the investigative journalist and media critic George Seldes. She attended the Dalton School and studied at the Neighborhood Playhouse under Sandford Meisner. Seldes also studied dance with Martha Graham and her mentor was Katharine Cornell. Seldes authored two books, “The Bright Lights” a memoir, and a novel “Time Together.”

In accordance with her wishes, there will not be a funeral or memorial service for Ms. Seldes. Donations may be made to the Marian Seldes Drama Scholarship at The Juilliard School.