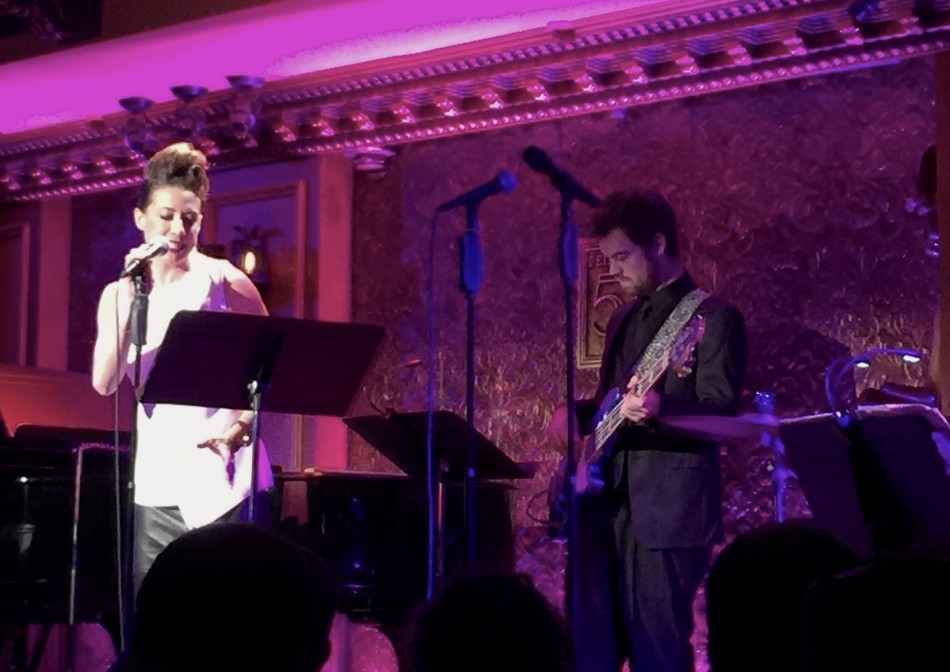 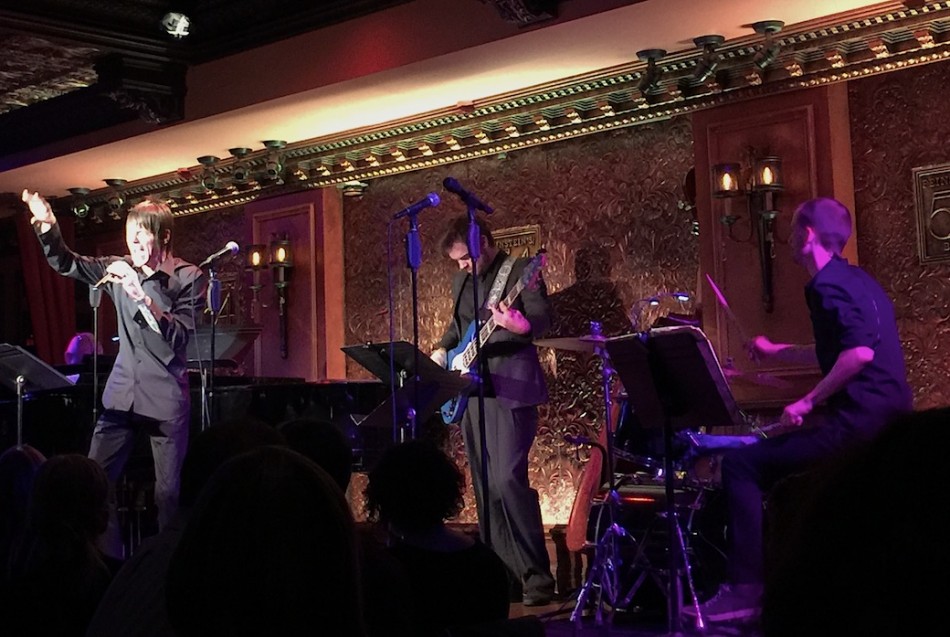 The phrase “dynamic duo” does not even begin to do justice to the performance Tor and Lisa (Tor Hyams and Lisa Rothauser) gave at Feinstein’s/54 Below on Monday evening, February 8, 2016. Tor (a Grammy nominated songwriter) began collaborating with Lisa (a true Broadway diva) just recently, starting in 2011. It is pretty miraculous that the pair has written such a canon in only five years. Their love off-stage translates to a chemistry—both in writing and in performance—that is nothing less than magnetic.

Tor’s first original musical, Greenwood, got its start at NYMF (The New York Musical Theatre Festival) in 2011. Upon Lisa joining him, they co-created Stealing Time, which debuted at NYMF 2012 and went on to a featured slot in the Finger Lakes Musical Theatre Festival. Their newest collaborations include Auburn The Musical and LIFE. Who Knew?, a massive hit one-woman show starring Lisa herself. Boasting such titles and credits as the BMI Lehman Engel Musical Theatre Workshop in New York, the Johnny Mercer Writer’s Colony at Goodspeed Opera House, and having the honor of obtaining a grant from the Anna Sosenko Trust, I anticipated an evening  of high caliber of entertainment. I can sufficiently say my expectations were blown through the roof and on to outer space. What an evening!

Rocking a trendy ‘do above her head and a sassy, slit leather skirt, Lisa owned the stage in the perky and vivid opening number, “What The Fuck.” Her powerful, belting voice combined with her controlled and elating “mixed” voice set the bar high for the evening’s vocal talent. James Quinlan on bass, Brad Wentworth on drums, Morgan Price on the sax/clarinet/horn, Jason Prover on trumpet, Kevin Moehringer on trombone, and Rich Silverstein on additional piano combined with Tor’s main piano equated to a dynamo and livewire band with a lot of heart. Lisa and Tor were so gracious and genuinely excited to have their “coming out party” at 54 Below. It was more than exciting to witness greatness being realized.

The first set of songs came from Auburn The Musical. From the campy opening number, “Broadway in the Finger Lakes” (featuring superb vocals and vigorous stage presence from Brandon Victor Dixon of Motown and The Color Purple) to the spinning and soaring tenor ballad “Shine” (delivered flawlessly by Oliver Thorton) to the soulful “Never Jumped At All” (equally beautifully acted and sung by Leenya Rideout of Warhorse and Cabaret), the montage ended with the sexy and jazzy “Big Band” “The Bottom Line”(Tor said this number was his singing debut as well . . . very hard to believe, as he was so unassailably at ease). I can’t forget to mention the hilarity dual-ensued by John Cariani (Something Rotten) and Josh Grisetti (It Shoulda Been You). They channeled the vaudevillian gangster act like the veterans they are.

We transitioned to a new mosaic of arrangements with the charming CJ Eldred taking on the touching narrative, “83 Steps,” only to be completely turned around in mood (in authentic Tor & Lisa fashion!) to the clever and grand big musical theatre number, “Welcome to Grady.” The cunning duet, “My One and Only,” was such a romantic comedy, conveyed impeccably again by Leenya Rideout and Oliver Thorton. The golden-voiced and riffing-blessed CJ Eldred was up next with the driving “Stealing Time,” and Lisa Rothauser stepped in (for a last minute cancellation of Barbara Walsh) to sing her story in such an earnest, intimate way that you could not help but be moved beyond belief.

A true highlight of the evening was Tor & Lisa themselves, having the time of their lives with the hilarious spoof of dating after marriage, complete with a samba that was met with rip-roaring applause from the audience, in “Maybe Maybe Not.” The evening ended on a highly personal note for the composers, with Julie Reiber cooing honesty amidst her electrifying vocals in “Wake Up,” and “The Voice” sensation Tony Vincent absolutely slaying his performance of “Drive!” My personal favorite, however, had to be Lisa giving the performance of a lifetime that the gods of music would smile upon in the riotous track, “I Love His Face.”

The entire cast joined Lisa for an impromptu reprise of “What The Fuck.” Tor & Lisa finally kissed, a moment the audience had been waiting for all night, and we could simply not give them enough cheers. This duo is certainly destined for a lifetime of greatness on both a personal and professional level. Broadway, anyone? The theater community can only hope to be so lucky.