If you could live forever, would you want to? The Tuck family, hiding out in the woods of Treegap, New Hampshire (of all places) after drinking from a spring nearby in 1808, found themselves immortal, invincible and living a solitary life. They are weary, now 87 years later when their two sons 17 year old lonely Jesse (a youthful Andrew Keenan-Bolger) and his 21 year old brother Miles (a hardened Robert Lenzi) come home for a visit to a hidden cabin (a messy looking gingerbread remnant) to reunite with their parents Angus Tuck (bored, tired but loving, powerful voiced Michael Park) and the glue of the family Mom Mae Tuck (the golden voiced and romantic Carolee Carmello).

Based on the 1975 novel by Natalie Babbitt (and 2002 Disney film), and adapted for the stage by Claudia Shear and Tim Federle, with music by Chris Miller and lyrics by Nathan Tysen, Tuck is a tender fantasy we’ve all dreamed about, and fills the niche toward family musicals like Matilda (closing in January) and Wicked. But will it?

It is set in 1893 and when we meet the debuting young star, 11 year old Winnie (deliciously played by the plucky Sarah Charles Lewis), ready to spread her wings but clipped by recently widowed mother (Valerie Wright), who won’t permit her to go to the Fair, the fantasy begins. Her feisty granny (Pippa Pearthree) is on her side when the creepy, loud Carny Barker, the Man in the Yellow Suit (Terrence Mann) comes round to announce the Fair’s arrival, and granny nails it when she calls him “an evil yellow banana.”

Winnie sneaks away into the woods, as she follows her new jumping Toad friend, to be spotted by Jesse who soon realizes, when he stops Winnie from drinking the magical water, that Winnie could be his forever life-mate if she waits 6 years until she’s 17 and then drinks from the spring of immortality. An ah-ha moment of humor.

Meanwhile, the scenes are filled with ballet dancing forest nymphs, along with Scottish folk dances, enabled by Broadway sweetheart Casey Nicholaw (Something Rotten!, Aladdin, The Book of Mormon)who directs and choreographs. The ribbon-like curving branches and trees, designed by Walt Spangler, cover the proscenium in their own lyrical sway, vividly lit by Kenneth Posner. The well-designed costumes are by Gregg Barnes.

It’s blundering detective Constable Joe (a loveable and hilarious Fred Applegate) and his awkward, but clever assistant Hugo (sweet Michael Wartella) to the rescue to find missing Winnie as they offer up an upbeat vaudeville-spirited “You Can’t Trust a Man.”

Emotionally driven songs “Time” (sung by Robert Lenzi) and “The Wheel” (sung by Michael Park) convey the philosophical pensive bent, punctuated by Angus’ memorable message to Winnie – “Don’t be afraid of death . . . be afraid of not being truly alive . . . you don’t need to live forever. . . just live.”

The cycle of life is brilliantly portrayed at the end in the show’s highlight ballet “Everlasting” as Winnie’s choice path is revealed.

A Talent to Amuse: Love, Noël: The Songs And Letters Of Noël Coward 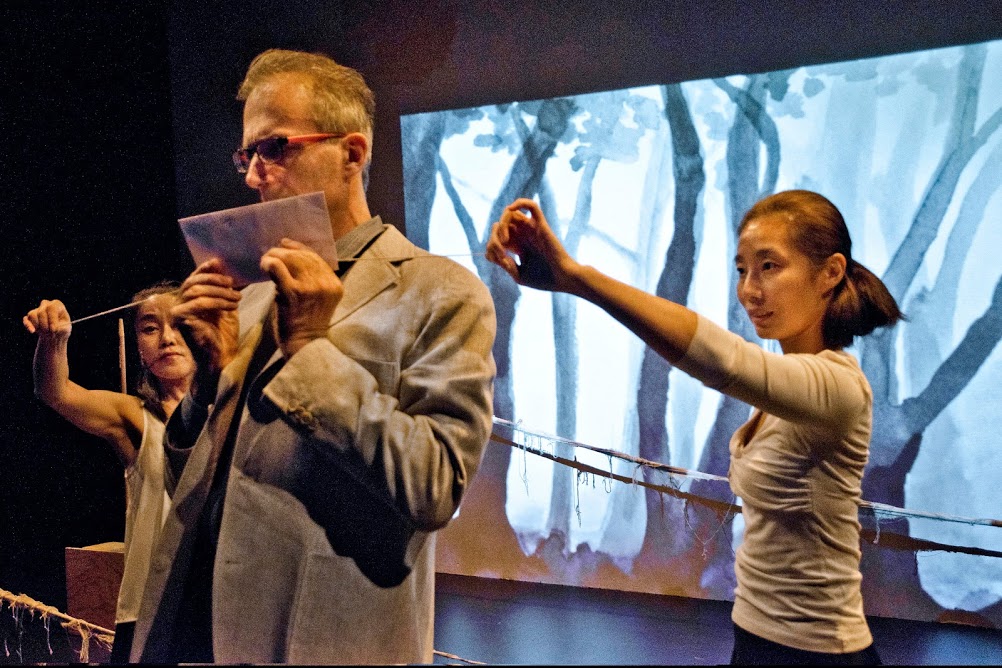