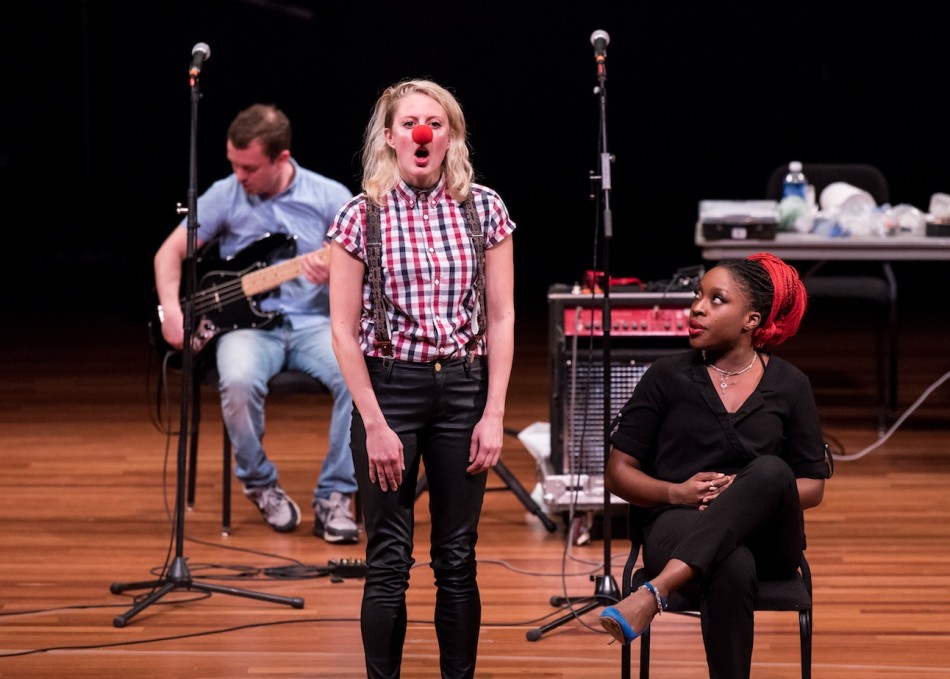 One of the many things makes Twelfth Night—arguably Shakespeare’s best comedy—so special is that it’s hard to screw it up. It’s a fast-flowing, humorous play with great beats: it sells itself. Naturally there are some productions far superior to others, but rarely does one hate a production of the play. What that allows for, then, is flexibility and latitude for directors and companies, a good play with which to experiment. That’s certainly the tactic of Filter Theatre, a fresh, new UK theater company who, as commissioned by the Royal Shakespeare Company, are presenting a sort of proto-punk/acid-jazz, free-flowing and refreshing Twelfth Night this week at NYU’s Skirball Center for the Performing Arts as part of their Visions and Voices series. While progressive productions of the play are nothing new (recent triumphs of the form include Bedlam Theatre Company’s brilliant and breathtaking version last spring), Filter Theatre is to be commended for pushing boundaries in new and unexpected ways.

Try to imagine if the crew from Blue Man Group, minus the paint, descended upon an already unusual Twelfth Night, mid-show, and you might get an idea of what Filter has done. From the get-go, it’s a punk-ish jam session, kicked off by Duke Orsino (an energetic Harry Jardine, who also plays Sir Andrew Aguecheek) summoning the crowd to answer the play’s opening salvo, “If music be the food of . . . ?” To which the initially perplexed audience, unaccustomed to having to participate in their Shakespeare plays, finally squeaks out “Love?” (after more than a few mortifyingly shouted “life!”). And with that, a mildly disappointed Orsino, bellowed, “PLAY ON!!!”  (he wants “excess of it”) eliciting an unexpected double meaning, and off went the night’s wild ride. Then Viola (a non-plussed, but sympathetic Amy Marchant), arrives on stage confused and alone as a portable radio squawks out dire storm forecasts and shipping reports. When she asks, repeatedly, “what country, friends, is this?” a captain’s voice comes over the radio and tells her it is, in fact, Illyria. And when she deigns to dress as a serving boy and serve the local Duke (Orsino), the disembodied captain cannot help her. So she requests, and receives, men’s garments from the audience, which she wears for the remainder of the play. (Does the audience, then, get a costuming credit?). This gives a good idea of the play’s lack of orthodoxy. However, what makes it special is that other than some elisions of some fairly substantial scenes, the play remains very true to the text.

Without getting too deeply into the well-known plot (of twins being mistaken for one another while one, cross-dressed, pitches woo on behalf of a nobleman; and of strife and lifestyle conflict amongst the household of a Countess in morning), the way Filter and director Sean Holmes handles some of the character interactions is revealing: Malvolio (terrific and brave Fergus O’Donnell who hearkens the actor Ice-T in early Law & Order episodes in a narrow-eyes and man-bun, but white, sort of way) is, as always, Puritanical, austere and angry; but he quickly betrays his hypocritical sexual and emotional longings, as he rips his clothes off to reveal his “cross-gartered” socks and yellow underwear, and lets his hair down; Dan Poole as Sir Toby Belch is far more of a drunk than we’re accustomed to seeing, so much so that he, can of beer in hand, periodically stumbles through the set (or audience) and expectorates lines from the wrong Shakespeare plays (“Is this a dagger I see before me???) to great comic effect; and Jardine’s Aguecheek is far less serious about his romantic pursuits, matching Feste (Sandy Foster, who is also a more than usual loveable Maria) in clownishness, as he invites audience members to throw colorful balls that he catches with his velcro hat. But it’s Ronke Adekoluejo’s who, dressed in a black shirt and slacks, with pretty black thinly braided hair, flecked with a few deep red braids, stands out the most as a more dynamic and appealing Olivia than usual. She’s wise and observant from the beginning, so much so that her transition from grief to love isn’t as awkward and improbable as it often is. She’s classy and stylish and we can see, for once, why Orsino won’t (initially anyway) give up on her.

Filter’s Twelfth Night frequently breaks into singalongs, which proves to be both a blessing and a curse. Feste’s song, “What is Love (Tis Not Hereafter)” is set raucously to the tune of Paul Anka’s “My Way” (as popularized by Sinatra), and is considerably stretched out and played with (which cause scenes, such as Antonio and Sebastian’s, to be cut completely for time). The bit works for that song, but when, at the end of the show, a wild and celebratory “Hey, ho, the wind and the rain,” is sung for a seemingly interminable period, the device fails, and feels like a fun guest who won’t leave at the end of the party. It’s a bit of a letdown, but indicative of the production at large: there are many brilliant moments, but too many are played out past the point of inspiration. Filter is an exciting and fun company and their Twelfth Night is both insightful and innovative, but desperately in need of better editing. 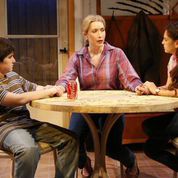 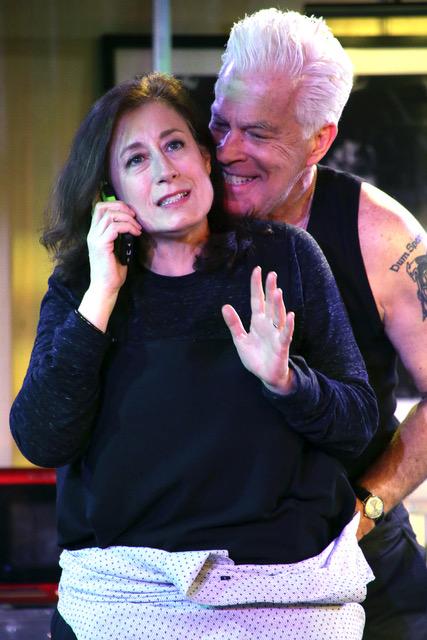 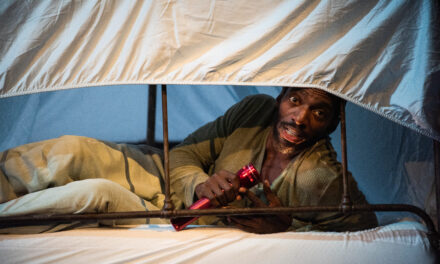