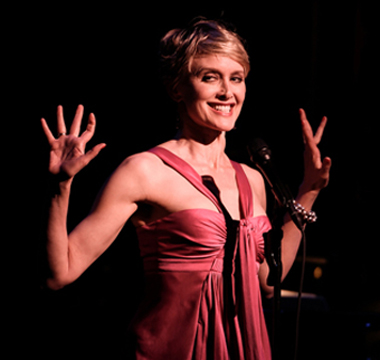 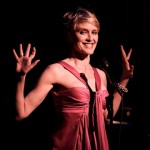 Lyricist Carolyn Leigh had a three-decade career creating both a wealth of pop standards and musical theater. You know her work even if unfamiliar with the name. Included in the writer’s pop cannon are “Young at Heart,” “The Best is Yet to Come,” and “Witchcraft.” “I Won’t Grow Up” (Peter Pan) and “Hey Look Me Over” (Wildcat) are among memorable theater songs. Leigh left a legacy of precise articulation, intelligence, and wit..

Despite having only four musicals produced, the wordsmith spent a good part of her latter attention on the genre leaving a trunk full of material, some of which are complete scores. The show featured selections from these with a spotlight on The Great Gatsby (music- Lee Pockriss, book- High Wheeler) which was to have opened on Broadway Spring 1969.

We begin with a recording of Leigh herself singing “All Women” from Caesar’s Wife. Leigh’s story (the project originated with her) conjectured that Calphurnia engineered a fake assassination, squiring her husband away to peacefully live out their years far from temptation. As this evening proceeds, it becomes clear that all of Leigh’s female characters are reinterpreted to show they can take care of themselves, thank you very much.

Performance goes live when Rachel de Benedet exuberantly takes over from Leigh. Dense arrangements with  big endings provoke somewhat strident deployment, experienced first with opening songs. Director Ben West does nothing to modify the musical approach. De Benedet’s later rendition of “I Get Married” (from Juliet, music– Morton Gould), takes us down a notch to winking characterization. When this Juliet  becomes distressed at one man, she promptly marries another. With “What Beautiful Is” (Juliet) the artist hits her stride and feels authentic. “What Beautiful is, is most undemocratic/What beautiful is, is really quite unfair,/When beautiful is a teenaged acrobatic/Who never has kept house or slept with curlers in her hair…” 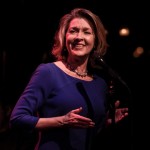 Donna Bullock’s warmth is immediate and welcome. Looking at her audience instead of over our heads, she sings an infectious “Walk on Air” (Caesar’s Wife, music– Lee Pockriss) “Fall out of step/And walk on air with me…” and a version of “Nothing Lasts Forever” (Juliet) “I should have known from the very first day/When the ice cream cone didn’t last…” made all the more poignant by thoughtful focus. “Young at Heart” is well calibrated and affecting rather than its often flip interpretation. 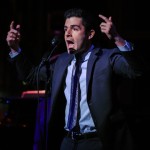 Tenor Adam Kantor wrestles a couple of loud, fast arrangements before taking charge of a medley from the beauty contest piece, Smile (music- Marvin Hamlisch). Though Leigh was its original lyricist, the musical eventually saw light with a reworked score by Howard Ashman. “Here’s Looking at You” has an appealing, ably handled, soft shoe bridge, while “Walking in the Sunshine” is propelled by a “no way will we blow it” attitude. 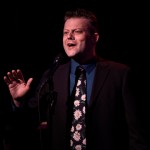 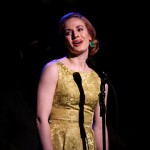 Jeremy Kushner gives us “Am I in Love Again?” (Caesar’s Wife) with the bright, generic fervor of a Las Vegas showman. Teal Wicks wraps up with the terrific “You’re On Your Own” (Caesar’s Wife) “Here’s where the orchestra stops/And they remove all the props/You’re on and you’re on your own.” The singer shows us personal investment. 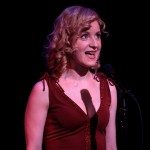 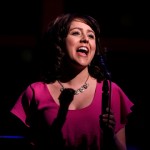 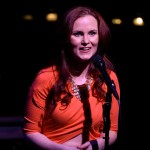 Erin Davie is a nuanced performer with a savory voice. Emotion rises from visible process. As Daisy, she seems to have steeled herself presenting Leigh’s conception of the beloved character. Alli Mauzey epitomizes spit and spirit performing the anthem “Myrtle’s Parade.” Her voice soars with an apt shadow of desperation. Autumn Hurlbert’s “Haven’t We Met Before?” “Let’s all get contaminated by the hoi polloi/It’s the trend, so let’s pretend it’s fun.” manages both charm and snark in the same lyrical passages. The vocalist handles this skillfully. 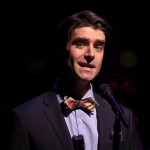 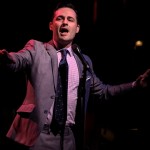 Max von Essen is a leading man type with a confident, expansive voice. The idea that seemingly altruistic giving gets its own back “everyone owes me in the end” is both clever and worthy of Gatsby. By the second song, however, the character is cocky and bombastic, not the way I, for one, see him. Von Essen’s reprise of “Wish Me” is sympathetic.