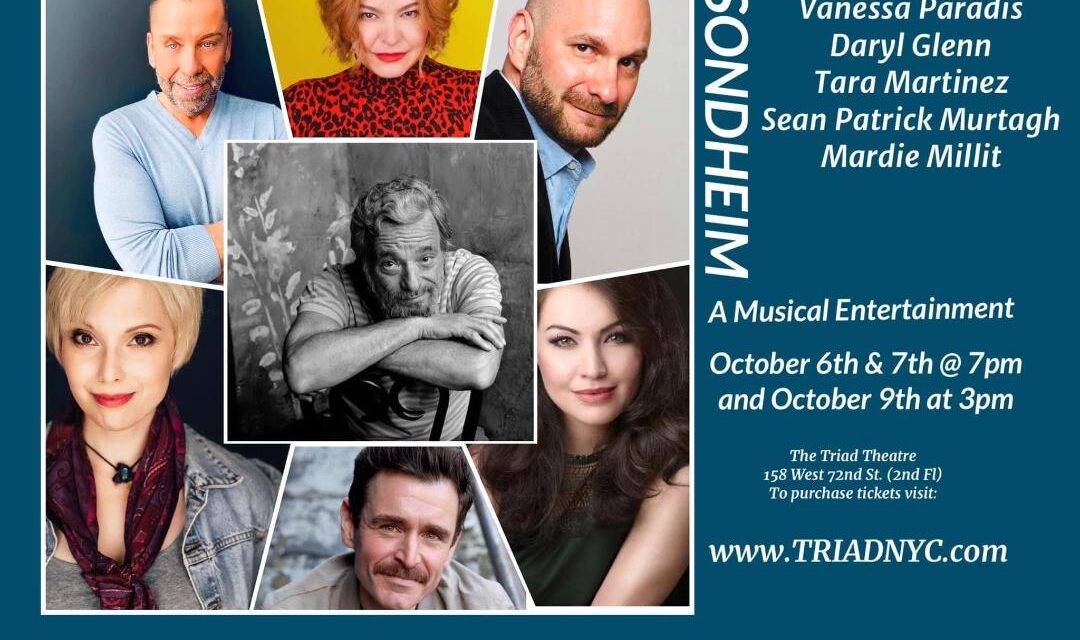 Open up the curtain, Sondheim tonight! Vanessa Paradis & Dream Productions present Side By Side By Sondheim at The Triad Theater October 6 and 7at 7:00 pm, and October 9 at 3:00 pm. After a two-year hiatus due to the pandemic, the 2018 BroadwayWorld Cabaret Award-winning Dream Productions returns strong to the New York City cabaret scene, celebrating iconic Broadway composer and lyricist Stephen Sondheim. Directed and choreographed by Geoffrey Doig-Marx, the show features a lineup of some of NYC’s most beloved singers: Sam Belanger, Tara Martinez, Vanessa Paradis, Mardie Millit, Daryl Glenn and Sean Patrick Murtagh Darren Cohen music directs with Brian Shaw as Music Supervisor.Side By Side By Sondheim runs at The Triad Theatre at 158 W. 72nd St., 2nd floor, New York, NY 10023, October 6 and 7 at 7:00 pm and on October 9 at 3:00 pm. Tickets are $25 with a 2 drink minimum and are available for purchase at www.instantseats.com.

54 BELOW, Broadway’s Supper Club, proudly presents AMANDA GREEN & HER BROADWAY FRIENDS. Join two-time Tony Award Nominee Amanda Green & her Broadway friends on Monday, October 24 at 7pm for an evening of her hilarious and moving songs.Amanda will be joined by an incredible roster of Broadway favorites: Tony Award Nominee Shoshana Bean, Javier Munoz, Ryann Redmond, Lesli Margherita, Andrew Call, Ashley Blanchet, Ginna Claire and composer Curtis Moore. James Sampliner music directs. Together they will perform an evening of her hilarious and heartfelt songs from shows past and sneak previews of her upcoming work. www.54Below.com

Liz Callaway has concert dates from NYC area to London and San Francisco. If you’re in the area, she’d love to see you in her audience. She also has her upcoming Sondheim album being mastered and the CD booklet finished up this week. The release date is Friday, November 11th. www.lizcallaway.com