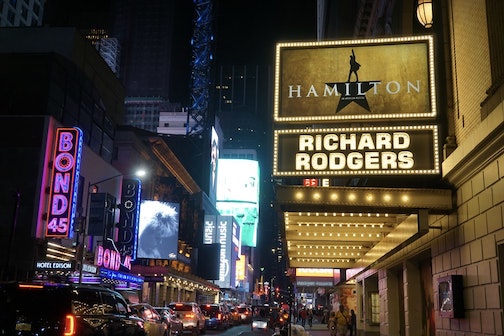 New York and New Jersey have the highest rate of the new Omicron variant in the U.S. The variant was detected in 13% of samples in both states, compared to a 3% average nationwide, according to a recent update from the Centers for Disease Control and Prevention.

As cases rise, several Broadway productions have gone dark for one performance or more after breakthrough cases were found within the fully vaccinated companies.

“The fact that performances are being paused shows that the producers and the unions are staying vigilant,” McColl said in a statement. “That’s what the safety protocols are there to be in place for, and this shows that they’re working. Dr. David Michaels continues to work with us, and he is in constant touch with the epidemiologist for the Broadway League. We are all continuing to monitor the science, and making the decisions that will best protect workers.”

Breakthrough cases have also been detected Off-Broadway, leading to the cancellation of “Little Shop of Horrors,” as well as within the Alvin Ailey dance company

The touring company of “Ain’t Too Proud” postponed its Kennedy Center engagement until Jan. 28 after discovering positive COVID-19 results.

The current case rate puts the New York City metropolitan area at a “very high risk” level, according to the COVID Act Now tracker, which is used by the Broadway League to help set testing cadences. At that level, the League recommends that productions test their companies at least three times a week — though several productions have been testing more frequently.