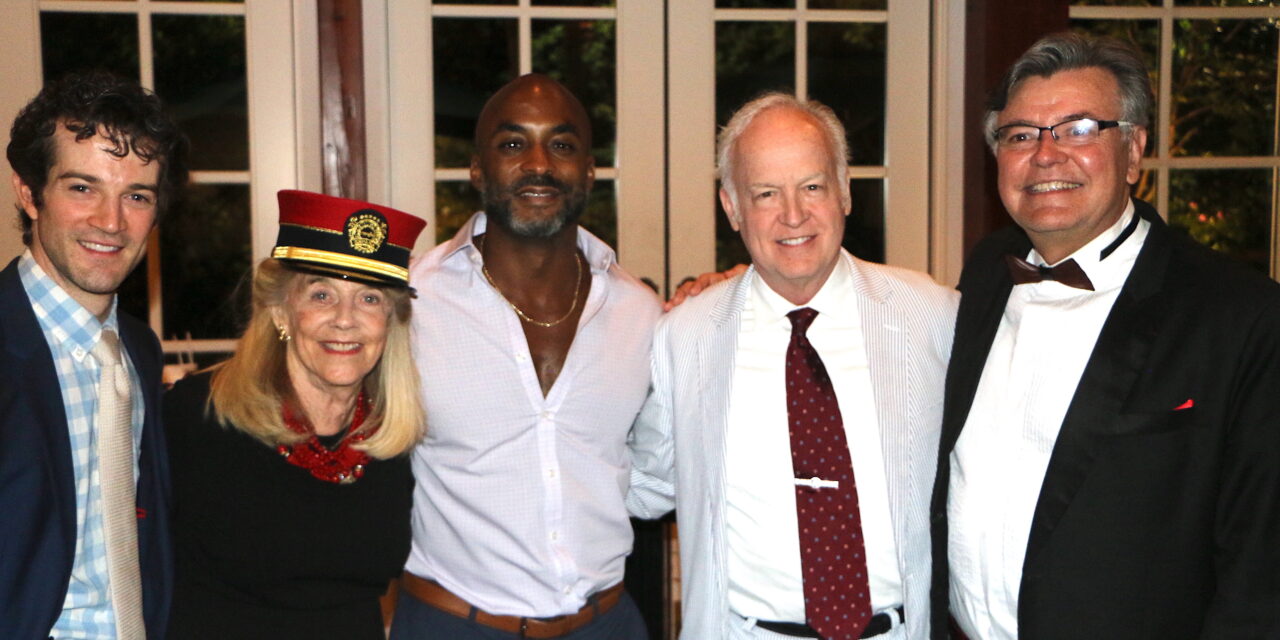 Through the many years of hard work, dedication and effort, Founder and Artistic Director Francis Hill has built a theatrical empire giving voice to new playwrights and artists with the enthusiastic assistance of a diligent and persevering Board and staff. This was remarkably clear at the 38th Annual Benefit on May 23rd at The Central Park Boathouse.

It was a night made for just this kind of an event, both indoors and out for cocktails and hors d’oeuvres on the terrace, where one could watch the gondolas and boaters on the lake before sitting down to a delicious dinner and award presentations.

Although Michael Riedel was scheduled as a guest presenter, he was unable to attend allowing for Board Vice President Craig Horsley to take on the role of presenter. The evening was geared to Actors and Live Theater where “Mid-Career Awards” were presented to Terence Archie, Nikki M. James and A.J. Shively and a special Luminary Award to Reed Birney.

Terence Archie was experimenting with his talent many years back and was given a platform by Urban Stages to explore his writings giving him opportunities at public libraries & schools to bring history, artistry and culture to kids who were hungry to hear and learn more – – “without art the world is dry.” Terence played Apollo Creed on Broadway in Rocky the Musical , Kiss Me, Kate, and currently stars in Company opposite Patti LuPone. He has numerous theater, TV and film roles to his credit and toured in the Urban Stages production of The Peanut Prince in their Outreach program.

Nikki M. James was unable to appear but has been performing since the age of 13. She’s a Tony Winner originating the role of Nabalungi in the Book of Mormon and played Eponine in the revival of Les Miz (2014).  She’s appeared on TV (The Good Wife) and can be seen at Joe’s Pub & 54 Below frequently in her cabaret shows.  In a video, we got to know more about Nikki and her Mom and Dad who “worked their butts off” to make things happen for her.  During the early pandemic, she starred in an Urban Stages virtual reading series The Silverfish by Meghan Loughran.

A.J. Shively, after graduating college, appeared early in his career at Urban Stages in Joe Iconis’ Rewrite (2009), but actually began his professional career at the age of 12 in the national tour of Big, making his Broadway debut in 2010 in La Cage aux Folles opposite Kelsey Grammer. A.J. received a Drama Desk nomination for his role in Steve Martin’s Bright Star in 2014. He’s currently appearing on Broadway in Paradise Square where he’s been nominated for several awards.

Reed Birney – the audience had the pleasure of seeing Reed in a video early on as a young teen in a A & W Root Beer commercial and in snippets of TV and film: Crimewave, Four Friends, Girls (with Patti LuPone), The Hunt and Madame Secretary to name a few.

He graciously received his award thanking Francis Hill for her indefatigable pursuit in creating Urban Stages and gave insight into his younger days when he announced, at age 5, he wanted to be actor. He worked tirelessly and sometimes despondently on his career and is known today as an “Actor’s Actor.”  He starred in Minor Demons at Urban Stages (2006) receiving an Obie Award. You’ve seen him on Broadway in Picnic and Casa Valentina and continues to have a rich film career. He received a Tony Award for The Humans on Broadway (2016).

Nicohlas D. Lowry, President and principal auctioneer of Swan Galleries, was on hand to run a fun-filled auction raising lots of monies for Urban Stages that included items of art, wine, theater tickets, dinners and travel adventures in Puerto Vallarta and The Isle of Ireland, and even co-hosting a radio show.

It was a beautiful night filled with lots of heart and dedication. 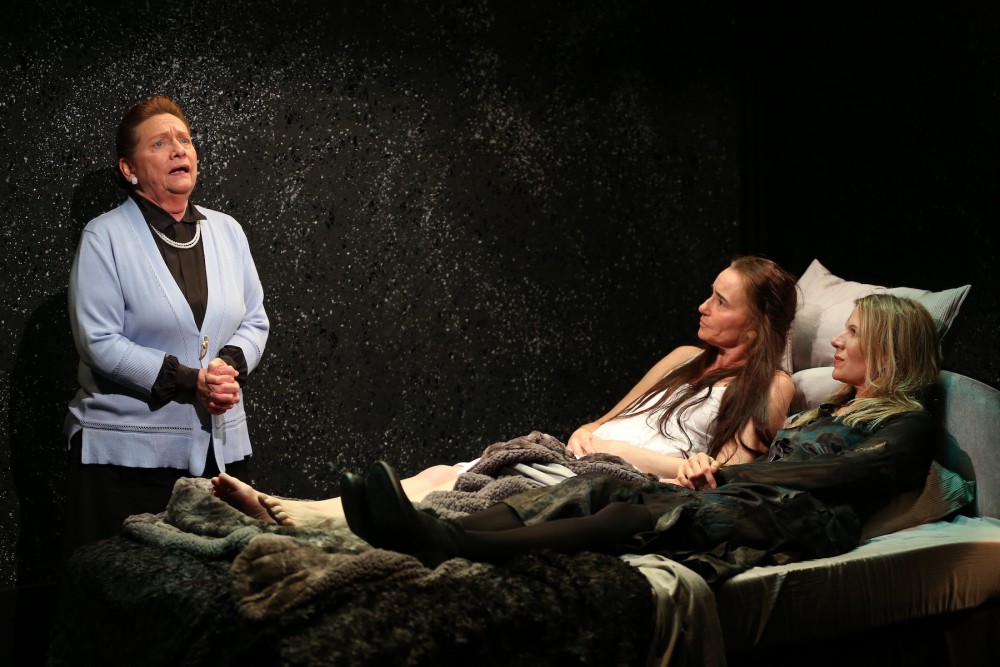 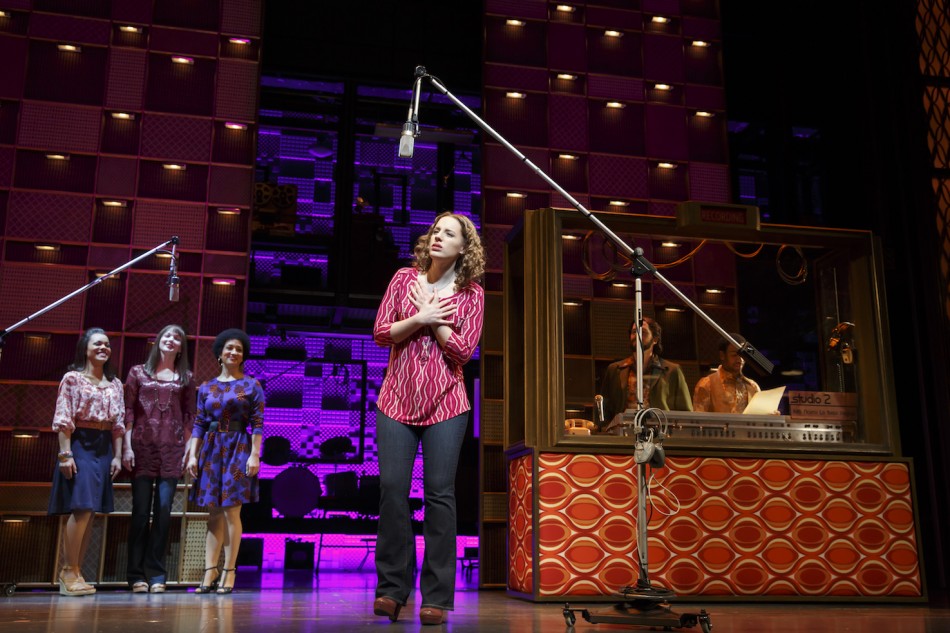 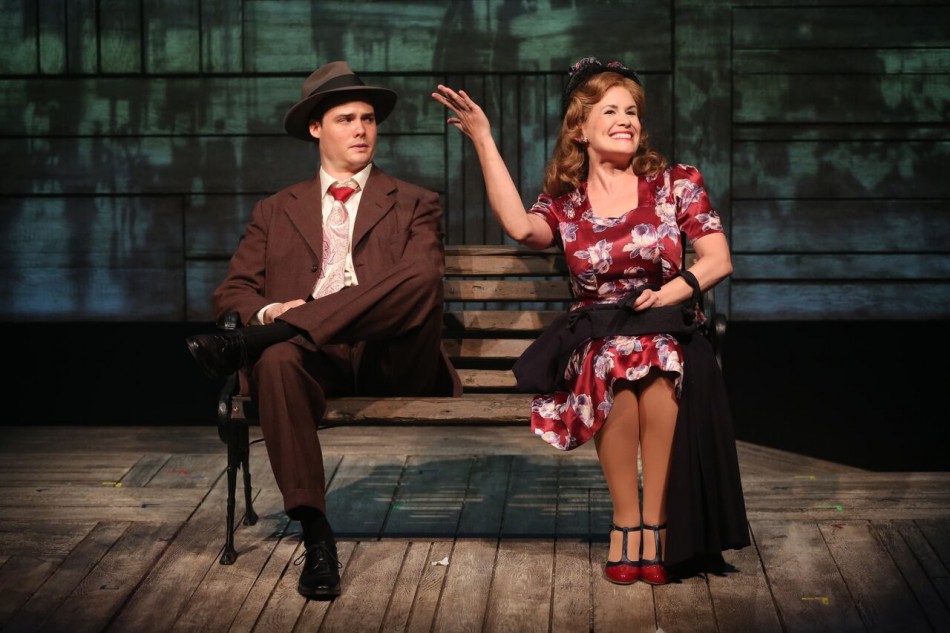