“Urban Stages 35th Gala” celebrated “The Story is My Song” on May 23 honoring Broadway, concert and cabaret star Karen Akers.

And what a beautiful night it was at the Central Park Boathouse where a cocktail reception, dinner and award presentation took place, offering all a chance to take a Gondola Ride around the lake.

Presenting the award to Ms. Akers was Broadway legend, ten time Tony Winner, Tommy Tune who had directed her in two Broadway Shows, “Nine ” and “Grand Hotel.”  His introduction speech was masterful as he explained how the performers  of “Nine” had all been cast with Raul Julia as Guido. But they needed someone to play his wife Luisa, .  The auditions were held on the stage of the Edison Theatre and as soon as Karen walked in, he knew he had his Luisa.  He later cast her in “Grand Hotel.”

Tables (aside from having numbers) were also named:  Julie Wilson Table, KT Sullivan Table  (last year’s recipient), Karen Akers Table and the Mabel Mercer Table.  Following dinner and during desert, there was an auction featuring Katie Jacobs from Christie’s as the auctioneer.   Some of the items up for bid included a Case of Phillips Hill Pinot Noir, trips to Picturesque Sausalito California, Puerto Vallarta Mexico, Ski and See Santa Fe, Dream Golf at Senocack and Maidstone Golf courses; tickets to the “The Crucible” and “Shuffle Along” (including dinner), and a song written for you by Peter Napolitano and Barry Levitt. All proceeds from this auction directly support the Main Stage events development and Outreach Programs as did the gala.

Music was provided by Matthew Martin Ward on piano. 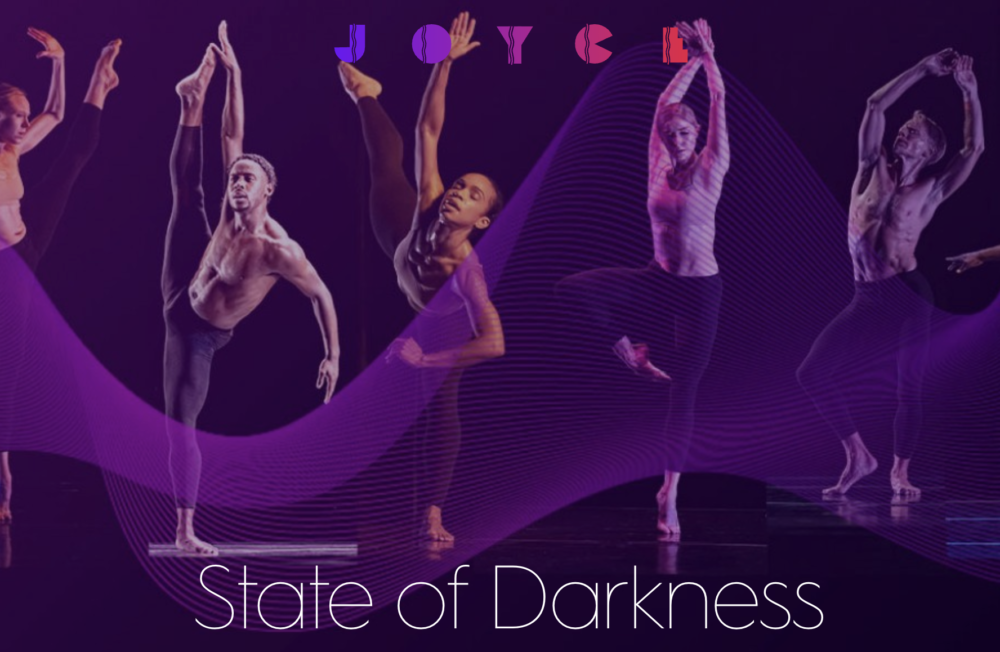 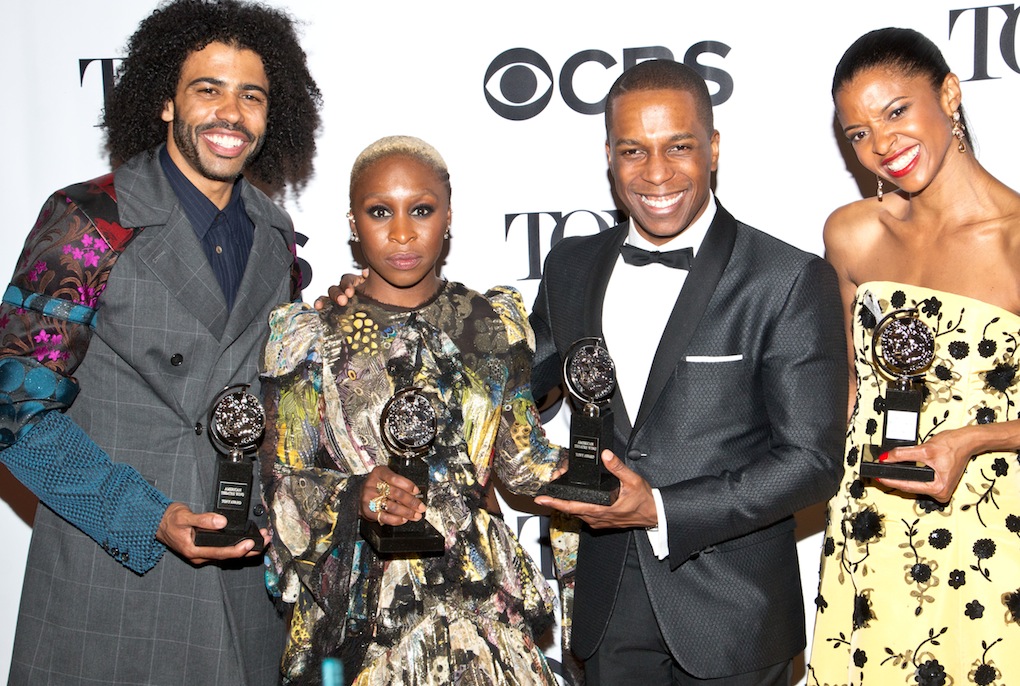 Post-Tonys Round Up Part I – Award Winners Backstage 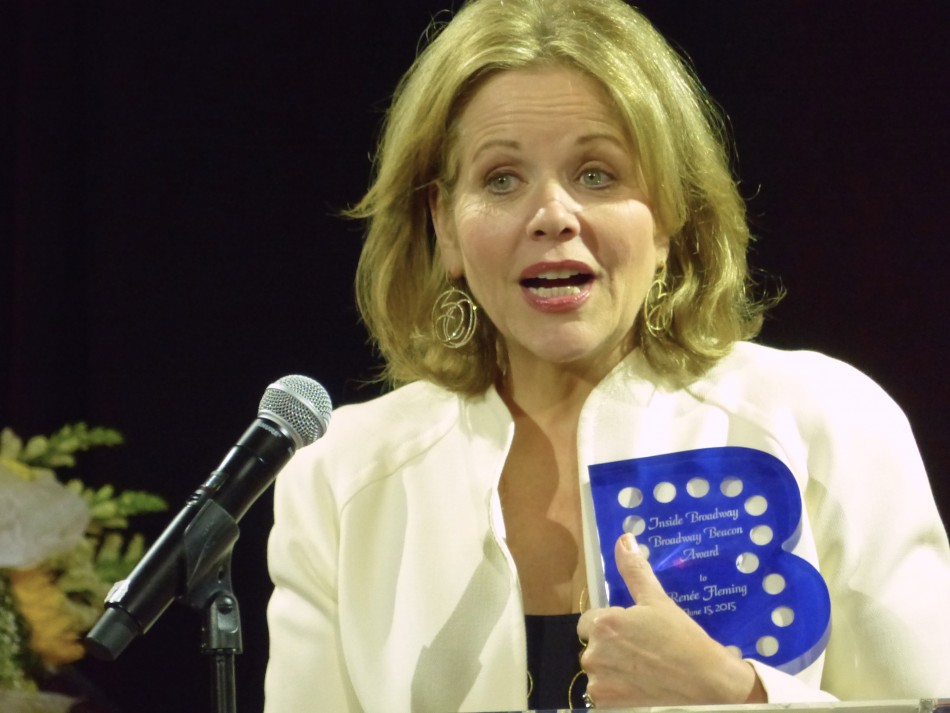