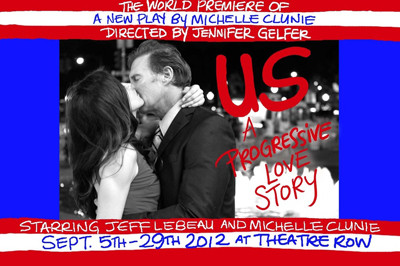 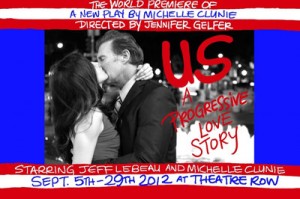 Queer as Folk star Michelle Clunie has written this new play, “US: A Progressive Love Story,” directed by friend Jennifer Gelfer, that is a tempestuous love story and combination rerun of the 2008 Presidential election. She plays opposite Jeff LeBeau, her lover running for political office, he filled with turmoil, angst and uncertainty; she, in a constant state of hysteria and internal conflict. Her mission: to make sure he stays as far left as she.

Clunie uses this piece as a personal platform to expound her political leanings. She is breathless and sometimes difficult to understand because she speaks so quickly and the play comes off as an “Occupy.” LeBeau, a good actor, is caught in this web. Never mix love and politics! 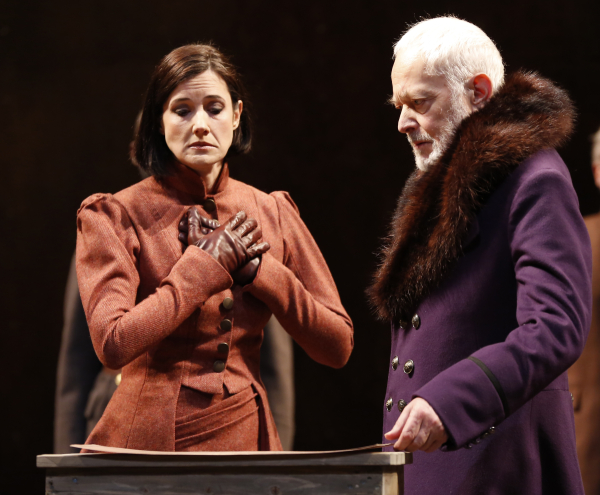 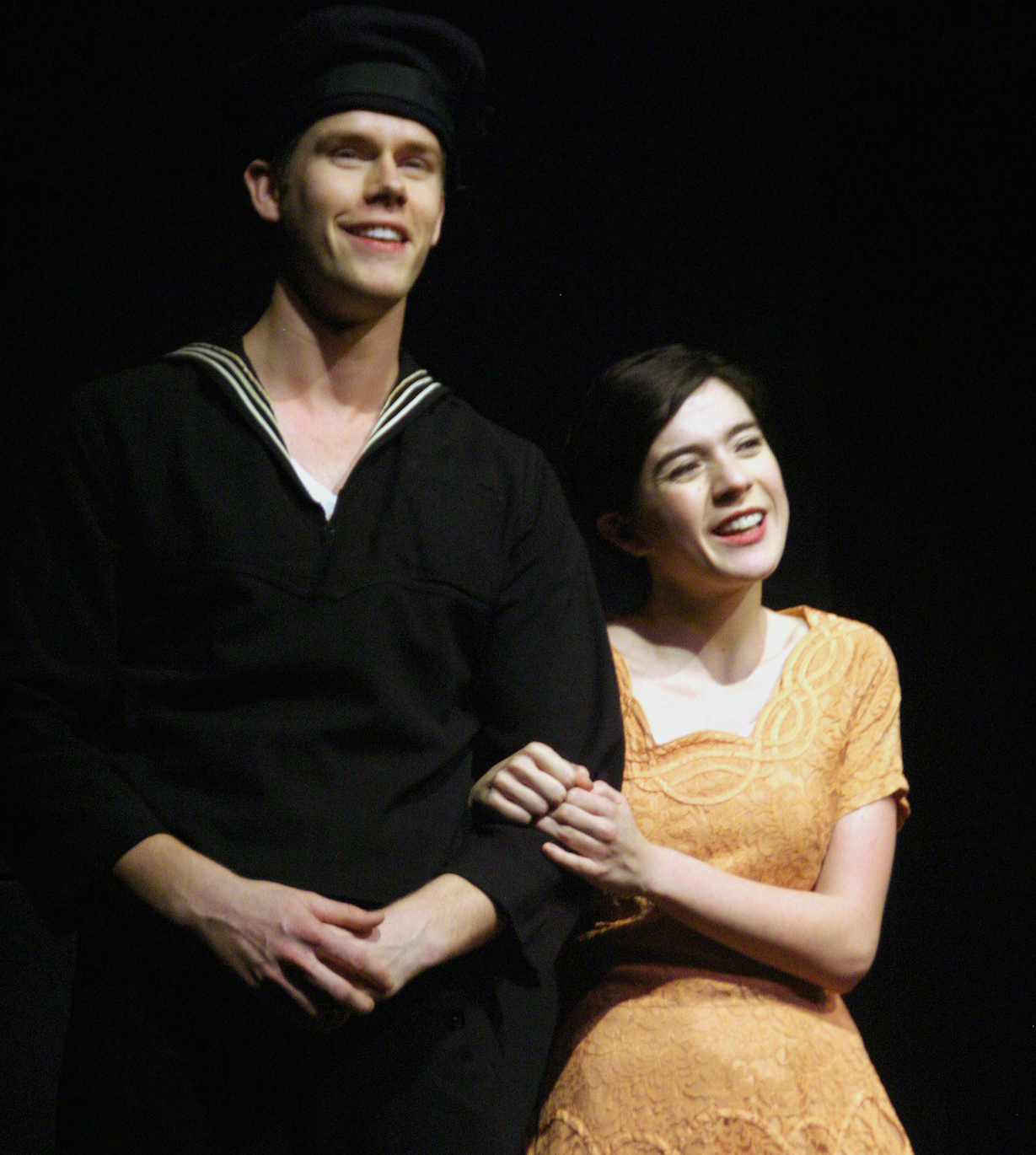 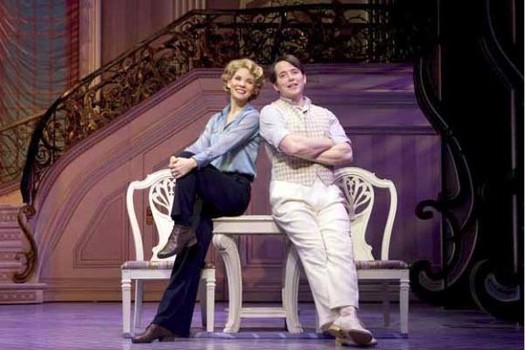