Vanessa Williams Debuts at 54 Below 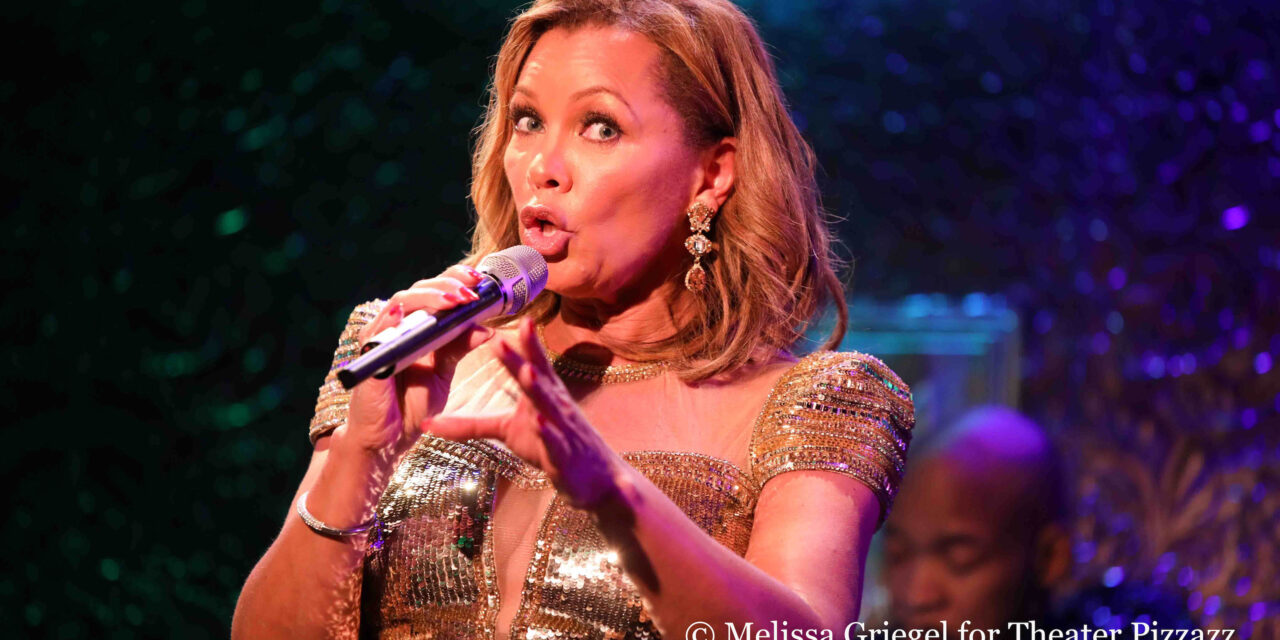 In the recently introduced “Diamond Series” at 54 Below, powerhouse performer Vanessa Williams made her club debut, selling out quickly and for good reason—with a full and illustrious career on theatrical and concert stages, as well as in film, television and recordings to her credit, she proved to be an extremely high-voltage sparkler. Williams is a multi-Tony, Emmy and Grammy nominee to boot, with an impressive resumé of achievement over a 30-plus-year career. The show featured  music from her catalog of chart-topping hits, Broadway numbers and American Songbook standards, all delivered with polish and pizzazz.

The generous set began with a jazz version of the traditional carol, “What Child Is This?” (lyrics by William Chatterton Dix), with plenty of swing and phrasing that elevated the usually hymn-like tune to a new standard of exaltation. From the get-go, this opener established the excellence of her band, several of whom also provided vocals through the evening. Music director Leo Colon on the keys revealed himself as a dynamic force, leading Keith Robinson on guitar, Al Caldwell on bass guitar and upright and JT Lewis on drums. The synergy among the musicians and Williams was apparent from the start. This crew has been playing together since 1997. Each is a leader in his own right, coming together whenever Williams performs in concert or to record. Their artistry was also front and center on a jazz funk version of the traditional “Angels We Have Heard on High.”

Also part of this musical family was backup singer, Shelley Thomas-Harts, a performing artist in her own right. The two vocalists shared the spotlight with a Stephen Sondheim duet of “Losing My Mind” paired with “Not a Day Goes By,” inspired by Williams performing this arrangement in 2010 with the late theater icon, Barbara Cook. Another music icon, Lena Horne was honored in a blues-based “Stormy Weather” (Harold Arlen, Ted Koehler), one of the numbers she sang as a lead guest artist in Broadway’s After Midnight, which paid tribute to Duke Ellington and the Cotton Club. Narrative was casual and intimate, mostly setting up numbers. Along with a well-honed ability to connect with her audience, Williams demonstrated she’s great at introducing humor into her patter, with the prologue to a fun delivery of “Who Were You Thinkin’ ‘Bout” (Cathie Pelletier, Jim Glaser, Paul Gauvin), a tune about cheating being dedicated to one of her husbands—no name mentioned.

Williams has sold millions of records worldwide, including several Billboard Top 10 singles in genres across pop, dance, R&B, adult contemporary and jazz. Her hits have included “Dreamin’” (Lisa Montgomery, Geneva Pascal) and “The Sweetest Day”(Jon Lind, Wendy Waldman, Phil Galdston), which she performed paired with Stephen Sondheim’s “Children Will Listen” (Williams starred in a mounting of Into the Woods as the witch, who sang this number). She also performed “Save the Best for Last” (Jon Lind, Wendy Waldman, Phil Galdston) and her platinum single “Colors of the Wind” (Stephen Schwartz) from Disney’s Pocahontas.

Ending a fulsome evening of entertainment, Williams offered a double encore of the aforementioned “Angles We Have Heard on High” and the R&B “Star Bright” (Rob Mathes). But wait! There was more! An encore to the encore was a full-out, high-energy “Work to Do” (The Isley Brothers), with Colon and the band joining Williams in leading a rousing rendition of the tune that turned the club into an elegant mosh pit. After 90 minutes of the extraordinary Williams, the beautifully-paced and well-considered show ended with a very happy and satisfied audience uplifted and in exuberant high spirits.

Vanessa Williams at 54 Below, from December 14th through the 18th. www.54below.com