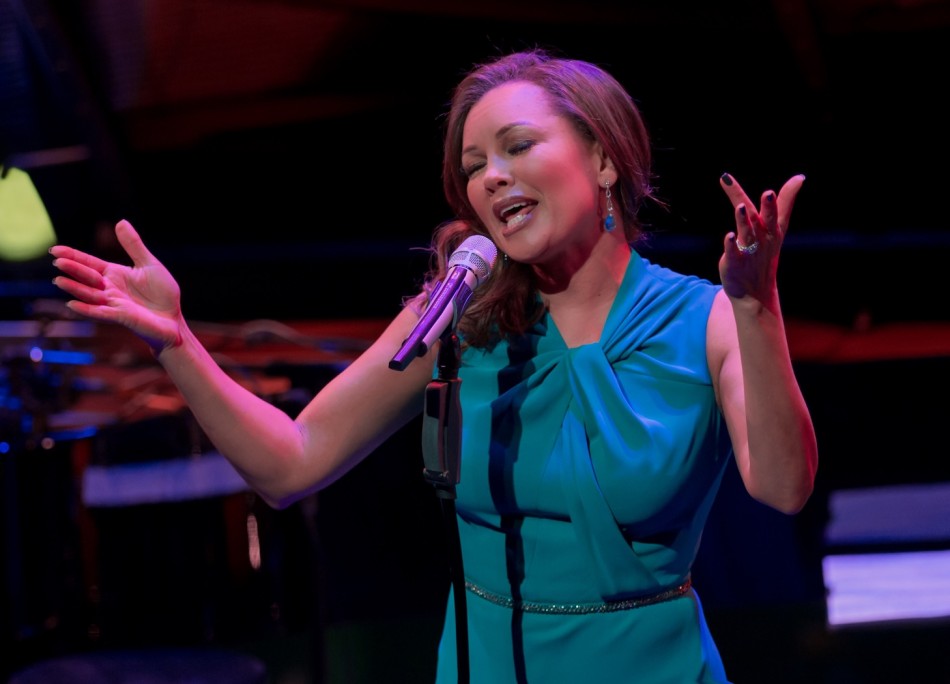 Polished Performer Lets it all Hang Out

I became a fan of Vanessa Williams back in the 1980s. I loved her slickly edited, up-tempo songs that rotated on MTV. The choreography in her videos was great, too. They were true emblems of the times. Little did I know that she’d gotten her degree in Musical Theatre from Syracuse University or that she had grown up studying the Great American Songbook through her musically educated family.

Opening the seventeenth season of Lincoln Center’s American Songbook Series in the Appel Room , Ms. Williams’s concert on Wednesday was a potpourri of every genre she has touched in her long career. Wearing an elegant sea-blue gown, Ms. Williams looked the part of the  jazz club chanteuse. Her song list gave her audience what they wanted, but she also squeezed in some obscure numbers to showcase her chops.

She opened her set with “Real Thing” by Stevie Wonder, which certainly set the tone that this was not going to be just a “stand and sing” type of concert. Ms. Williams acknowledged each songwriter’s contribution to the American Songbook in her introductions and patter, including Stephen Sondheim and Harold Arlen. She also supplied some funny and touching anecdotes connected to the songs, including a changed ending for “Into the Woods” from Mr. Sondheim himself. She would have done anything for Mr. Sondheim, as would we all.

She has surrounded herself with a first-rate band. Ms. Williams clearly has a loving rapport with her musicians and respectfully gives them all a chance to shine. Her music director, Rob Mathis, supported her fully on piano, vocals and guitar. During a few songs there was some real guitar shredding and improvising from the other musicians. The sound design was well balanced, so every solo within her group could be heard clearly. Ms. Williams clearly has no ego about letting others star. 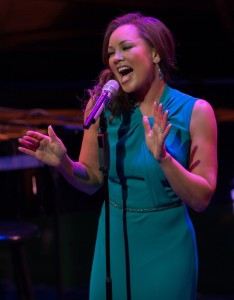 She’s been working with her core group of musicians since the 90s and recruited her background singers from Syracuse University and her recent Broadway stint in About Midnight. She even had Carmen Ruby Floyd, who had appeared with her, take the stage with a lovely operatic performance of the famous “Creole Love Song.” Another highlight was when she brought out Alan Stepanksy on cello to accompany her and Syracuse University background singer Shelley Thomas on “Losing My Mind/Not a Day Goes By.” The blending of the voices and cello accompaniment sounded effortless.

Ms. Williams made her name singing ballads like “Colors of the Wind” and “Save the Best for Last,” which she lovingly introduced, complete with backstories of The Oscars and karaoke. She certainly has a good sense of humor about herself. Perhaps her time on Ugly Betty is what has made her so approachable. Her voice has a nice quality to it and she seems most comfortable singing in her middle range. There is not a whole lot of vibrato in her sound, but that works for the structure of the songs. Her facial expressions, when she sings, are very open and she’s very comfortable with her hand gestures. She clearly connects to the material and knows just what every song needs theatrically—like sitting on a stool for “Bill” from Showboat or having the microphone on a stand for other ballads.

When she performs her up-tempo numbers, Ms. Williams becomes a different performer. She clearly revels in her dance background and one can imagine a full ensemble of dancers behind her. Her own version of “Work to Do,” which was a hit for both the Isley Brothers and her, brought the mild-mannered audience to clap and whoop along. She even knew at the end of her last song that her encore needed to keep up the energy level, and “Betcha Never” was certainly a showstopper. Pausing in the middle of the song, Ms. Williams performed an impromptu dance number. It was the perfect way to end the show.

Ms. Williams clearly belongs on stage and judging from this performance, someone should write an original musical for her. There are some current composers who can do right by her and would be able to tap into all her talents, for she is a true triple-threat. Let’s hope that will be the case!

Lincoln Center’s American Songbook  Series in The Appel Room continues at the Frederick P. Rose Hall (Broadway at 60th Street) with 16 nights of music. For more information and tickets visit www.AmericanSongbook.org or call 212.721.6500.