Veronica Swift with the Emmet Cohen Trio at Birdland 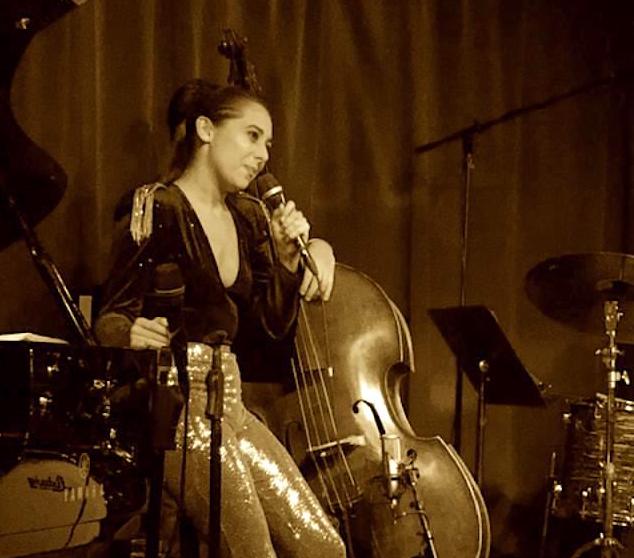 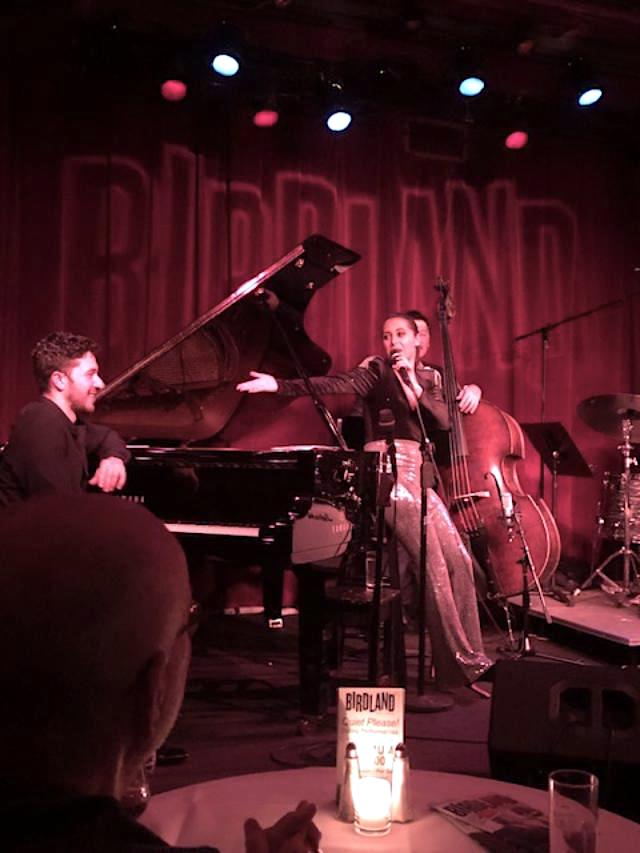 If you’re a jazz aficionado and lover of the Great American Songbook, you’re in for the treat of your life as Veronica Swift, bebop and swing artist, places her own unique stamp on tunes that make our hearts sing. She’s young, she’s hip, she was born singing when jazz vocalist mom Stephanie Nakasian delivered this scatting jazz wonder. And, by the way, her dad was the great bebop pianist Hod O’Brien. It’s in the DNA!

Veronica is rarely in New York City these days as she’s on worldwide, whirlwind gigs but lucky for her fans back to her residency at Birdland for a while.

From opening “How Lovely to be a Woman” (Charles Strouse/Lee Adams –Bye,Bye Birdie), the vocal slips and slides up, down and through the notes are just the beginning while “Getting to Know You” (Richard Rodgers/Oscar Hammerstein II – The King and I) begins light and easy as we listen to Veronica tell the story that builds to uptempo swing continued by Emmet Cohen’s improv flair in multi rhythms.

Let me say upfront that piano jazz/stride virtuoso Emmet Cohen, whose fingers fly effortlessly across the 88’s, bares his soul along with world-class musicians Yasushi Nakamura on bass and Bryan Carter on drums. It’s a coming together made in heaven.

An amusing spin on “Money Makes the World Go Around” (John Kander/Fred Ebb – Cabaret) rings with originality and truth, while George and Ira Gershwin’s most soulful song “Someone To Watch Over Me” (written for Gertrude Lawrence in the musical Oh, Kay – 1926) resounds with a mixture of pain and joy delivered with uniquely phrased sensuality – soft wispy.

Song choices make statements about the person singing them as in an almost primal, emotionally filled “You’ve Got to be Carefully Taught” (Richard Rodgers/Oscar Hammerstein – South Pacific) delivered with persistence and powerful improvisational resilience.

In between the scat and flying wondrous notes, we get to know Veronica Swift, the person, as she reveals her soul on every song, oozing her reality. Sometimes the kid inside emerges in breathless delight when she hears the musicians play new riffs as they create their singular sound.

A slight departure with a pop song she heard a friend sing at a drag show gave her the opportunity to place her stamp on “Sing” – – “you don’t talk, you sing . . .” filled with poignant lyrics of overcoming the negatives and sadness of day to day life experiences . . . just SING!

Concluding the mesmerizing VS American Songbook was Cole Porter’s “I Get A Kick Out of You” (Anything Goes) – and she does, and we do too.

What’s left to say? This 25 year old jazz artist has got it all; the epitome of what it’s all about, and one day her name will be synonymous with those she grew up listening to, those who were her inspiration . . . Ethel Waters, Bessie Smith, Louis Armstrong.

Veronica Swift with the Emmet Cohen Trio thru Dec. 1