Vickie Phillips: One Night Only 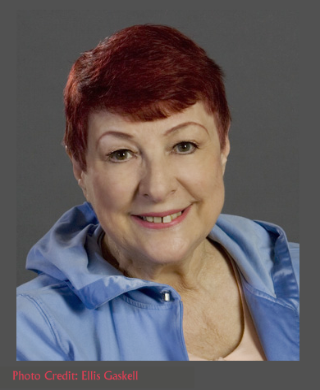 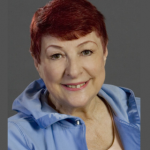 As I wrote when I reviewed her “Songs Are Like Old Friends II back in October 2013, “Vickie Phillips exudes old fashioned class and glamour with a perfectly structured act with rarely sung great songs, both old and new.” Fiery red head Phillips braved the drive from her home in Massachusetts to re-appear at Don’t Tell Mama Wednesday, January 28 in a show entitled “One Night Only,” Because of the death of her recent dear friend, she dedicated this night to Joe Franklin. Her partner in crime, both as music director/pianist but also as vocal partner was the wonderful Gerry Dieffenbach. Unfortunately, because of the city shutdown Tuesday and uncertainty about weather and transportation there was only a small but very enthusiastic audience, a shame because the show was so good.

Classily dressed in a glamorous pants suit, she entered singing “Feelin’ Too Good Today Blues,” one of two Leiber and Stoller songs, the other being a raunchy “Black Leather Trousers and Motorcycle Boots” on which Dieffenbach very cleverly and comically commented during her choruses.

Phillips said that when she was young, she bought the ten inch LP albums of Tom Lehrer. Her selection tonight was “The Irish Ballad,” a murderous song in the style of “To Keep My Alive” with a funny Irish type refrain that had the room  in stitches.

Then she got down to the dedication of the show to Franklin and the many, many times she appeared on his show. One of his favorites was the mix she did on Peter Allen‘s “Everything Old Is New Again” and Aznavour’s “Dance in the Old Fashioned Way.” She followed that with another song from the last show, Dieffenbach’s “He Taught Me To Dance,” about a 52 year old woman and her 19 year old dance instructor, how he changed her life, and how sad was his ultimate fate. Phillips’ rendition was a one act play that bought out the first bravos from the audience.

Maltby and Shire’s “Life Story” (from “Closer Than Ever”), was a dramatic story about a divorce and Phillips gave it the full dramatic force this story song needed. Then, with Dieffenbach, she went over to the piano and together they sang a heart-breaking “Old Friend” (Cryer/Ford) which moved me to tears, especially her final phrasing.

Another song that Franklin always requested from her visits to him was “Carousel” from “Jacques Brel Is Alive and Well” which she appeared in many times, still giving full justice to the faster and faster refrains.

Phillips confessed she loves the music of Kurt Weill, gave a brief history of his escape from Hitler’s Germany, and told us she was going to do the optimistic songs that he wrote in America. The long medley, sung with Dieffenbach, started with “One Life To Live,” followed by “My Ship,” “Bilboa Song” (Michael Feingold lyrics that Meryl Streep sang in the Broadway production,) and “Speak Low.” Then Phillips did a full version of the wonderful “Here I’ll Stay,” thanking Sydney Myer and the staff and Dieffenbach.

The requested encore was her personal philosophy, also from Brel, “If We Only Have Love.” By the way, although she had a wire mic on one side of her face, it was not plugged into her battery and every word and every lyric was perfectly audible. I’m sure she would fit in perfectly in a future “Broadway Unplugged.”

For those who missed “One Night Only” with Vickie Phillips and Gerry Dieffenbach, you have no idea what you you could learn about music from this class act!