Vince Giordano and The Nighthawks Swing from Chicago to NY 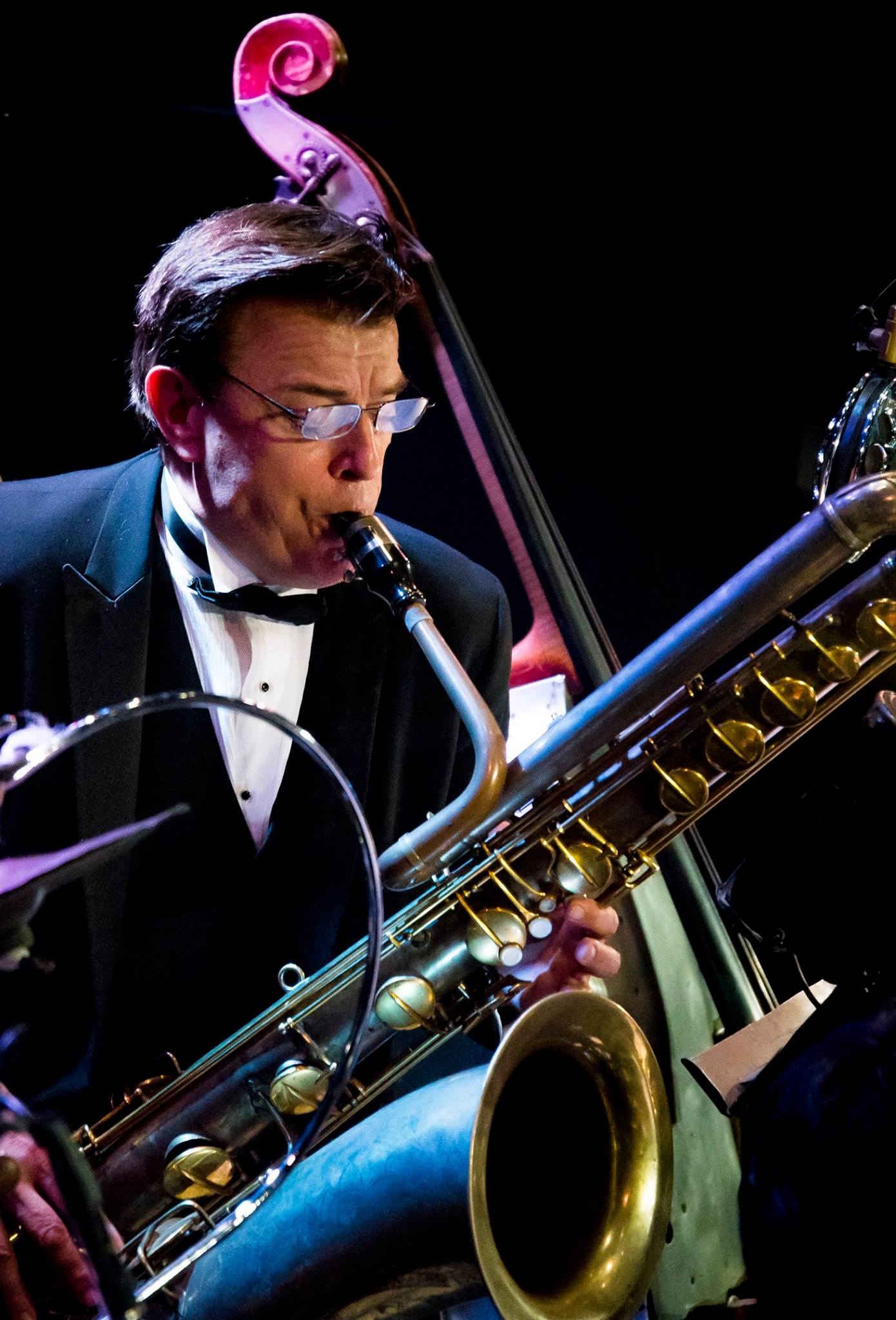 In a two-part program that rocked the House of Swing, Vince Giordano and his ever-reliable Nighthawks, proved true Will Friedwald’s opening remarks that the group is the gold standard of early jazz music. With ten other top-drawer musicians, Giordano, on tuba, double bass, bass saxophone, and vocals presented a string of pearls of tunes rarified and familiar.

The path of jazz from origins in Africa found its way to a birthplace in New Orleans, and eventually moved to hotbed centers in Chicago, Kansas City and New York. Part one of the two-set evening, “Red Hot Chicago: King Oliver, Jelly Roll Morton, and Beyond” revealed music heavily influenced by the syncopated sound of rags and New Orleans Dixieland with its strong two-beat rhythms Many of the early jazz men traveled up the Mississippi to play in the Windy City and among them was Joseph Nathan “King” Oliver. Oliver was a cornetist and band leader, represented with thumping tunes such as “Snake Rag,” “Wa Wa Wa,” and the slow-tempo “Sweet Like This.” Oliver was also famously responsible for Louis Armstrong’s emergence on the jazz scene. Armstrong said of his mentor, “If it had not been for Joe Oliver, Jazz would not be what it is today.” Armstrong was celebrated in the set by the jumping “Potato Head Blues.”

Two highlights of the first set were the addition of guest tapper, Joseph Wiggan, a charming improviser who danced to “It’s Tight Like That” (Thomas Dorsey/Hudson Whittaker); and the full-out improvisational band turn on “After You’ve Gone” (Turner Layton/Henry Creamer), showcasing the individual chops of each of the Nighthawks – musicians who are outstanding soloists in their own right.

Ferdinand Joseph LaMothe, better known as Jelly Roll Morton, with his feet planted firmly in rags, was acknowledged with “The Pearls” and a bluesy “Boogaboo.” Also represented was Earl Fatha Hines, an important early influencer of the jazz piano with “”Everybody Loves My Baby” (Spencer Williams/Jack Palmer). Drifting slightly westward to Kansas City, where the sound was more relaxed and fluid, Giordano chose Bennie Moten’s “Its Hard to Laugh or Smile.” With a foray to Detroit, pioneer jazz arranger Don Redman’s “Do Something” (Sammy Stept/Bud Green) illustrated the emergence of hard swing as the New Orleans/Chicago sound moved eastward.

Giordano’s second set, “From Ballrooms to Society Balls: The Great New York Dance Bands of the Jazz Age” featured the rhythmically complex and swinging sounds of The Big Apple. It was only natural that early jazz musicians found themselves migrating east, and so it was with Don Redman and his work, specially “Stampede” (Fletcher Henderson) and Redman’s own (with Andy Razaf) “Gee, Baby, Ain’t I Good To You?”

One of Giordano’s many assets is his ferreting out of original charts and music that might otherwise be forgotten. Two such examples are Luis Russell’s “Swing Out” (with Louis Metcalfe), and the Eddie Green chestnut, “A Good Man Is Hard to Find” arranged and played by the Frankie Trumbauer band as a jazz waltz. Also in the more arcane realm of New York jazz, Giordano aced “Deep Harlem” (Frank Signorelli/Irving Mills/Matty Malneck) with its changing tempos from blues to a march-like swing and back again; the banjo-based “Shake That Thing” a 12-bar blues song by Papa Charles Jackson; and Charles Johnson’s “The Boy in the Boat,” featuring three clarinets and a sound reminiscent of a New Orleans-style second line.

The New York sound of the 1920s/30s wouldn’t be complete without the genius of Duke Ellington, who never stopped revolutionizing the jazz idiom. “Birmingham Breakdown,” a very early Ellington was featured along with the later, first version of the enduring standard, “Mood Indigo.” Joseph Wiggan returned for tap improvisation to the hard swinging “Happy Feet” (Milton Ager/Jack Yellen), while the Nighthawk’s big improv number for this set was “Struttin’ with Some Barbeque” (Lil Hardin/Don Raye), a song made famous by Louis Armstrong. Ending a magnificent second set, and equally superb program overall, was “Rhythm Is Our Business” (Sammy Cahn/Saul Chaplin/James Lunceford) and “Nagasaki” (Harry Warren/Mort Dixon), a novelty song with a syncopated swing rhythm on way up-tempo steroids.

Vince Giordano has been heading the Nighthawks continuously for forty years – a feat that speaks to the popularity and excellence of the band. This achievement also is a testament to Giordano himself, whose authenticity and subtle educational narrative, wrapped in a delightful passion for the music, is coupled with a happy-making and tremendous sense of fun.

The series is co-presented by New York Hot Jazz Festival and Jazz At Lincoln Center,