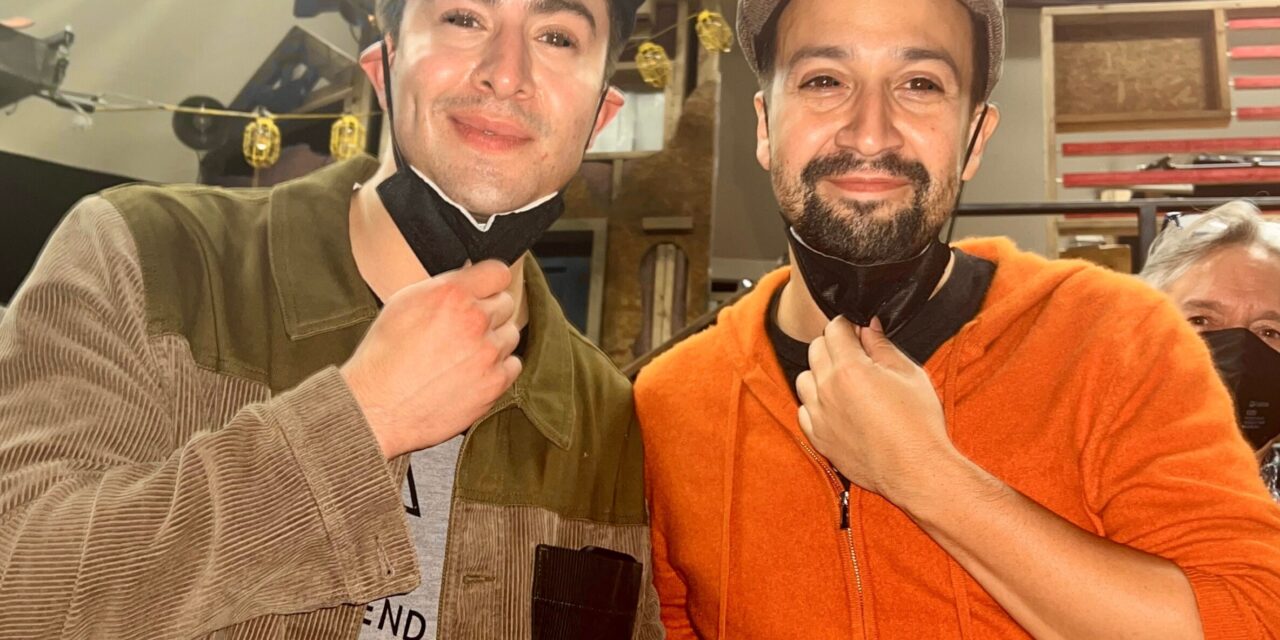 Following its big opening night May 1 and continuing critical acclaim, ¡Americano! the Musical has been drawing boldface names from the show business community as well as government officials.

The true story of Tony Valdovinos, a DREAMer brought to America by his parents when he was two years old, ¡Americano! is a tale of a young man thirsting to serve his country on the heels of 9/11, but who is prevented from doing so because of social and political bureaucracy and discrimination.

At last week’s performances the cast was visited by Hamilton creator and Tony Award winner Lin-Manuel Miranda, director/choreographer Maria Torres O’Connor, Tony Award-winner Karen Olivio, and Commissioner Manuel Castro from the NYC Mayor’s Office of Immigrant Affairs. Commissioner Castro welcomed the audience and read a proclamation, stating, in part, “I am filled with tremendous emotion to be here supporting this play, supporting Tony, and supporting all Dreamers who continue to fight for our futures for our families.”