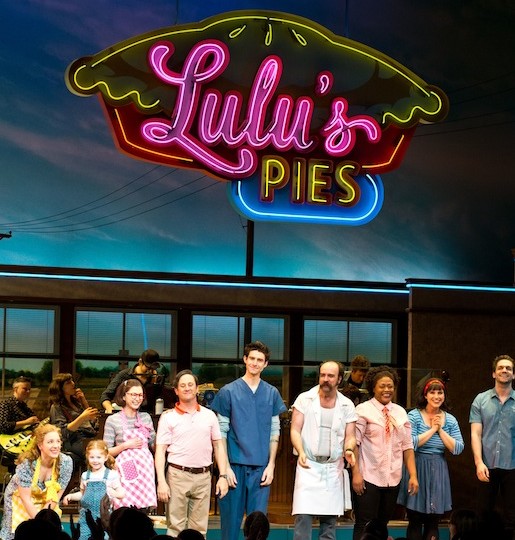 Sunday evening, April 24, Waitress the Musical opened on Broadway at the Brooks Atkinson Theatre. Already nominated for four 2016 Outer Critics Awards, Waitress is based upon the 2007 film written by Adrienne Shelley.

Waitress is the story of Jenna, an expert pie-maker in a small town who dreams of a way out of her loveless marriage. The musical is the first in Broadway history to have four women in the top creative spots: book by Jessie Nelson, score by Grammy-nominated singer-songwriter Sara Bareilles, choreography by Lorin Latarro; and direction by Tony Award-winner Diane Paulus.