What’s Going On Across the Pond in London 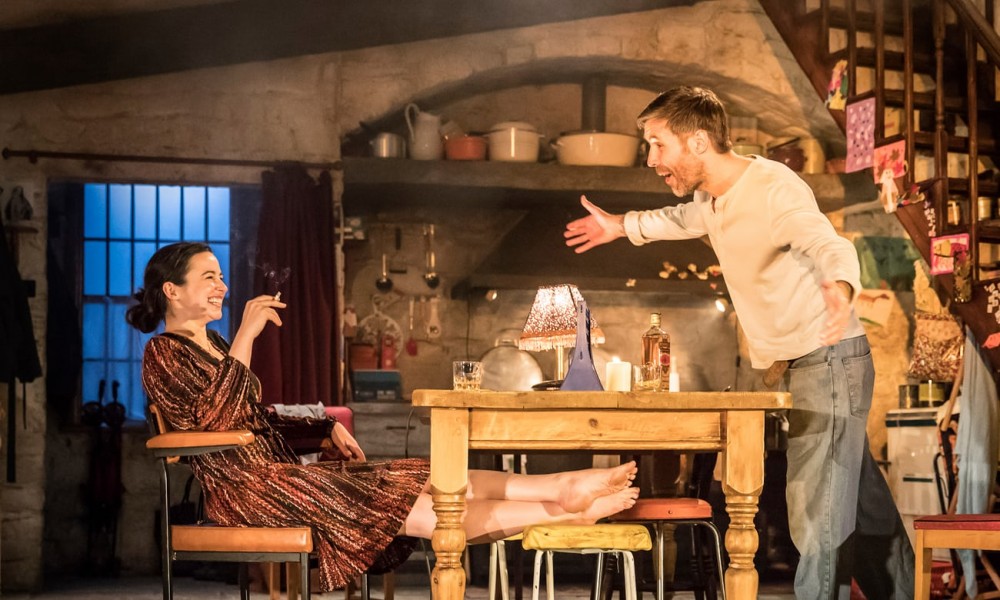 There’s something for everyone in London’s whirlwind winter season. And don’t worry – if you can’t make it over till after the holidays, these fine theatre offerings will still be there in January (when hotel prices are lower).

On the West End, the Gielgud Theatre offers Jez Butterworth’s The Ferryman, the most thrilling new play I’ve seen in years. On one level, it’s a rich and robust family play, featuring the colorful Carney Clan – all 16 of them – crammed into their tiny kitchen in County Armagh, Ireland. But this is no ordinary family comedy-drama. On a broader level, it’s a play that encapsulates Ireland’s recent turbulent history – namely “The Troubles,” the religious conflict that has wracked Northern Ireland for a century and longer. Set in 1981 at the time of the Hunger Strike, the play looks back almost 100 years to the Easter Uprising (1916) and forward to the play’s violent present. The action of the play itself may only span 24 hours, but Butterworth has penetrated to the core of this historic tragedy. Famed director Sam Mendes navigates a mammoth ensemble of 22 – plus a live goose, bunny rabbit, and (yes) an eight-month-old baby. Three hours fly by on a stage teeming with life, humor and heartbreak. A Woman of No Importance

At the Vaudeville Theatre, director Dominic Dromgoole is opening his Oscar Wilde season with an impeccable production of A Woman of No Importance. He’s transporting us back to the Victorian era and remounting the play just as it premiered in 1893, when the playwright lived right across the street! On Jonathan Fensom’s meticulous period set, a starry cast of British actors play out Wilde’s delicious social satire on class and convention, money and marriage, men and women. Wilde’s witty one-liners pierce like arrows (e.g.: “Twenty years of marriage make a woman something like a public building”). In the title role, Eve Best plays a woman who has had a child out of wedlock (o scandal!) but who courageously turns the tables on society, while Anne Reid (drawing room dowager-in-chief) leads a musical quartet during scene changes with period songs like “A boy’s best friend is his mother.” It’s a gem of a production, and a theatre purist’s dream. Across the Thames, the Old Vic’s exuberant production of A Christmas Carol is thankfully extended into the New Year. Splendidly directed by Matthew Warchus, this imaginative musical version of Dickens’s classic (by Jack Thorne) features a spirited cast led by the charismatic Rhys Ifans as Scrooge. Warchus and designer Rob Howell have reconfigured the theatre in the round, with an extended runway and an orchestra overhead. Under hundreds of hanging lanterns, actors in Dickensian dress dance, sing, and play carols on hand-held bells. (The “ghosts of Christmas past” are played by women.) Ifans convincingly transforms from a miserly misanthrope into a doting do-gooder. (“The world is kind to those who change.”) In celebration, singers fill the balconies, while oranges and apples pour down chutes to fill baskets on the stage, meant to feed the poor. For the finale, the cast dances to “God Rest Ye Merry Gentlemen” and snow falls on the audience from above. It’s magical. Witness for the Prosecution

Also on the south bank, there’s a thrilling site-specific, immersive production of Agatha Christie’s Witness for the Prosecution. Director Lucy Bailey has boldly and brilliantly set this classic in the London County Hall – a historical building whose interior resembles a courthouse. There, you sit in plush leather seats in a ¾ round configuration, right in the center of Christie’s tense courtroom drama. Next, take a long stroll along the Thames past the Royal National Theatre, where Sondheim’s Follies is receiving a lavish, larger-than-life revival, directed by Dominic Cooke (luckily, you can see it stateside streamed on NT Live at the National). Continue along the Thames till you reach Shakespeare’s Globe. No theatre trip to London would be complete without experiencing the indoor Wanamaker theatre, lovingly restored according to its original c. 1600 architecture (with seats designed for Renaissance-size spectators). Now playing is The Secret Theatre, Anders Lustgarten’s bold new work of historical fiction about court intrigue and spying in the age of Elizabeth I. Gorgeously costumed and candlelit (as per Shakespeare’s times), this political thriller deals with issues that resonate today – like torture, immigration, and propaganda. Tara Fitzgerald gives a wicked performance as a profane, power-mad Queen, and Aidan McArdle offers a treacherous Sir Francis Walsingham, her chief spymaster. Lustgarten borrows his title from John LeCarré, who wrote that “espionage is the secret theatre of our society.” Also in rep at the Wanamaker is Romantics Anonymous, a charming new musical adapted (from the film Les Émotifs Anonyms) and directed by Emma Rice. This sweet fantasia offers a delightful, unconventional love story between two awkward souls (owner and employee) at a chocolate factory who fall for each other. It’s a holiday confection in the spirit of She Loves Me – and when these two émotifs (played winningly by Carly Bawdin and Dominic Marsh) unite at the end, flying on bungee cords from the ceiling, your spirits will soar with them.