What’s On at The Wild Project 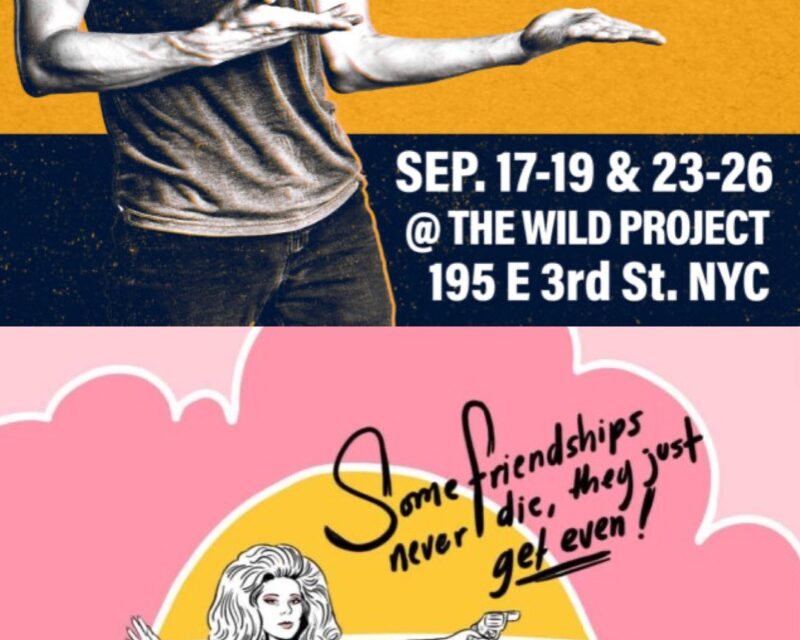 September 17- September 26
I SQUEEZED REALLY HARD.
Written and performed by Anthony Misiano
Schedule: Thursday – Saturday at 7 p.m.; Sunday at 3 p.m.
Tickets: $25
In I Squeezed Really Hard., Anthony Misiano serves up a series of painfully funny, progressively more shocking stories about a turbulent childhood and the modern broken home. A journey as raw as it is intangibly universal, Misiano’s fearless, fast-paced storytelling takes us down an engrossing, hilarious, and honest autobiographical road that makes us laugh at our darkest moments, and question what exactly we define as family. An unafraid comedy set in a simpler, more aggressive time known commonly as, the ’90s.


September 29 – September 30
HOT FLASH: THE SHIT-KICKING ADVENTURES OF CHICKLETTE AND CONCETTA
By Justin Elizabeth Sayre
Directed by Justin Elizabeth Sayre & Tom Detrinis
With Natalie Joy Johnson, Bradford Louryk, Jeff Hiller, Josh Sharp, Shane O’Neill, and more
Produced by the wild project
Schedule: Wednesday and Thursday at 7 p.m.
Tickets: $20
In this unauthorized sequel to John Waters’ classic Female Trouble, Chicklette and Concetta find their footing in a world without crime and their best friend Dawn Davenport. Things get complicated when Chicklette’s parole officer, the evil Merv Skankowski, seeks to frame the girls and send them both to the slammer or worse, the chair.

All performances are at the Wild Project (195 E. 3rd Street, between Avenues A & B). Tickets can be purchased online at www.thewildproject.org.