Tawni O’Dell’s theatrical debut, When It Happens to You, begins with O’Dell herself ascending a scarcely furnished stage, wearing a simple blue sweater and jeans.

“I am not an actress,” O’Dell explains to the audience, in a way that was both vulnerable and apologetic. And though she may not be, during the 90 minutes that followed, I found it difficult to take my eyes off her as she and the cast are sensitively directed by Tony nominee Lynne Taylor-Corbett.

When It Happens to You is not like any other play going on right now. Told almost entirely by O’Dell in the first person, it is at once a memoir, a saga, and a devastating snapshot into the moments that follow after a loved one experiences a sexual assault. Though it should be assumed that during this political climate, where #MeToo is an infamous catchphrase and some of Hollywood’s most celebrated names have come tumbling down due to sexual assault claims against them, that we would see more authentic, if not excruciating, portrayals of rape in the arts. Though, as O’Dell writes in her play, it is oftentimes extremely difficult to discuss this atrocity outright, and usually, the word rape is left out of the dialogue entirely. It’s as if people assume that saying that word will manifest it into reality, therefore most will avoid it altogether. When It Happens to You discusses the reality for a family where rape has insidiously made its way into the tapestry of their lives. The audience watches O’Dell, her daughter, (Kelly Swint) who is the rape victim, and her son (Connor Lawrence) try to maneuver their way through this trauma while the world around them refuses to fully acknowledge it, much less provide them proper resources after it. 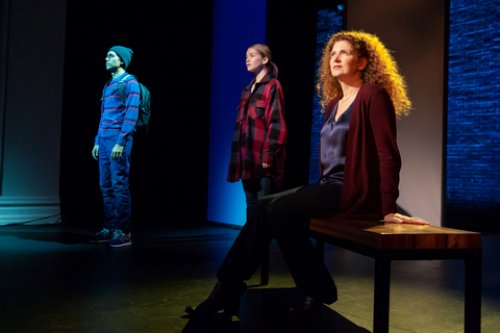 Throughout their journey, there are hospital visits, interactions with blunt and candid police officers (E. Clayton Cornelious), and forced therapy, but no moments were quite as striking as the ones with transparent monologuing. For example, there is one scene where O’Dell’s son and daughter sit together in the center of the stage. At certain points, time would freeze and her son would stand up and expose his inner dialogue, pretending to talk to his mom.

“I am mad…I am so mad…I’m mad that someone did this to my sister…but what about you Mom? What has this done to you?” he screams, running his hand through his hair. His frustration is palpable in a way that caused me to question where the line of reality and art merged together in this piece, and if everyone on the stage has struggled with this topic the way O’Dell has. Also, her son’s dialogue brings to the forefront how painful it is when situations like these occur, not only for the victim, but for their loved ones. By watching his mother and sister struggle, O’Dell’s son finds himself in a personal battle alongside them, worrying for their well-being, and retreating into his own studies at college. It seems no player in this horrible game can escape unharmed, a theme that O’Dell wants noticed.

Perhaps the most shocking monologue of the play occurred at the very end, when O’Dell brought a stand out to the center of the stage. In that moment, she seamlessly stripped away from the caricature of herself that she’d been playing before and stepped into her real self, the Tawni O’Dell who had always wanted to be a novelist, who went on book tours, who loved her children deeply, and who, the audience finds out, was also a victim of a brutal rape as a young college girl. Gripping the sides of the stands and reading from the paper before her, O’Dell opened her heart up, tearing it open before a group of strangers with no shame. It was shocking. It was brutal. It made my eyes tear up. And though it was not a new story, it was a story not told often enough. 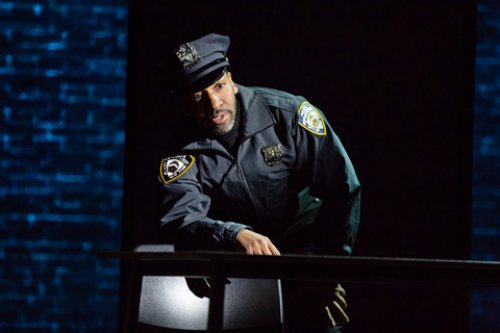 As the old adage goes, “All good art is political.” This is the first idea that came to my mind upon leaving When It Happens to You. I believe that not only should good art be political, but political art need also be cathartic – not only for the audience, but for the actors as well. In this way, every party involved can leave the experience feeling as if they have been transparent and purposeful. I believe that When It Happens to You accomplishes that with its simplicity, its straight-forwardness, its significance. I recommend it to anyone who can handle the truth about a truly awful and pertinent subject.

When It Happens to You – The Sheen Center for Thought and Culture, 18 Bleecker Street, NY thru November 10 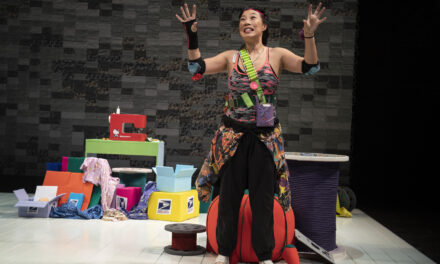