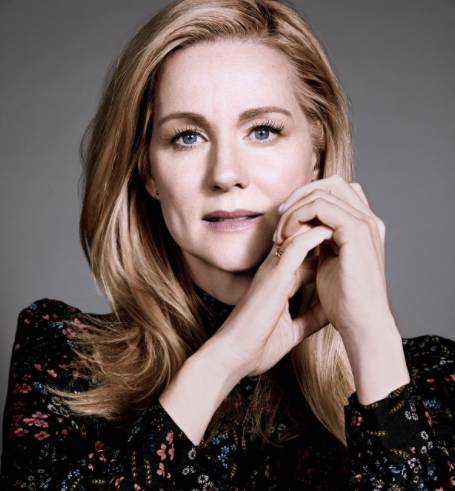 White Rabbit Red Rabbit, by Iranian playwright Nassim Soleimanpour presented by 4th Wall Theatre Company in its Houson premiere, works interactively on the digital platform Zoom, live and uncut. The international production is exciting and moment-to-moment. In the solo performance delivered via a cold read, the actor has no knowledge of the script. He or she opens the package containing the play in front of the live Zoom audience and they begin. To the letter all follow what must be done as indicated by Soleimanpour who explains that he is a conscientious objector and cannot leave Iran because he refuses to perform military service.

Nassim Soleimanpour becomes a character in White Rabbit Red Rabbit. It is his written voice that dominates and directs the actor and the audience participants. He even gives audience members his email and encourages them to ask him questions or make comments. He is isolated in his culture and unable to travel internationally, doubly so with the pandemic raging in Iran. However, his words and ideas are performed globally now and have been since the play was first performed live in New York and at the Edinburgh Fringe in 2011.

Intriguingly, 4th Wall Theatre Company’s digital adaptation works seamlessly. Audience participation on Zoom is integral to the production which surprises, frightens and forces one to contemplate one’s own relationship to life and death as well as one’s complicity in killing others. If we know we will die, how can we live with that information? The matter becomes the risk of going sooner rather than later and which choice one might take wittingly or unwittingly to dispatch oneself or be the unwitting participant in another’s death.

All of these suppositions are channeled through the actor who does the cold read and relates to the audience via the live chat on Zoom. Yesterday, it was Laura Linney’s turn to enact the cold read and give voice to the voiceless Soleimanpour. Of course, she’s superb and the audience roots for her throughout. This is especially so at the harrowing conclusion of the production.

Ironically, one of the themes of White Rabbit Red Rabbit is that we are stuck. Whether we are along for the show of life as hapless voyeurs (including Linney) doing the best we can, or as participants (including Linney) grabbing life by its delicate parts and “going for it,” our choices, if that’s what we might call them, are greatly limited. Either we go on until we are “stopped,” or we stop the process ourselves. External conditions magnify or displace our choices.

The overarching metaphor the playwright uses to tantalize us, Linney explains through the example of a “rabbit race” for the carrot. This is an experiment Soleimanpour’s uncle sets up that the playwright voiced through Linney describes. What the uncle proves with his complicated experiment which involves painting the carrot winning rabbit red and punishing the white rabbits and then switching all the rabbits out and putting in new ones, is that competition destroys. Additionally, there is a collective memory that is conveyed from generation to generation though all of the external punishments and rewards are removed. Thus, brainwashing works to turn the rabbits against each other for generations.

Philosophically, the playwright has intrigued us. And we become concerned that he is gyrating our own wits both punishing and rewarding us like the rabbits his uncle used for his experiments. Thus, we think. Are we the red rabbit or a member of the white rabbit collective, attacking the red rabbit in our lives and in our relationship to society? And when the red color is removed and all are white rabbits, the moment one attempts success, why do the others attack?

Ultimately, we are drawn to consider Soleimanpour’s plight, held prisoner in Iran because he is not bowing to perform military service which is morally repugnant. With no director, rehearsals, no set, lighting, spectacle, now on Zoom, his status as a censored playwright becomes magnified, his voice shouts around the globe. It is a great irony that he is internationally renowned while rejected in Iran, a prophet without honor in his own country.

It was fascinating to see Laura Linney’s reaction upon opening the package that contained the script to see it for the first time as the audience hears it for the first time on Zoom. Together, the playwright manipulates Linney and the audience toward the unexpected, taking on his voice, obeying his actions from afar. To what extent are we this passive in our lives? Or is that an illusion because ultimately, we are stuck here until our time is up?

As we sign up for this play and for life each day we wake, the extraordinary may happen. Thus, Linney approached the extraordinary by signing up, script unseen and unrehearsed, not knowing what was around the corner. Likewise, until May 2nd, each night other actors and audiences will be confronted with the gyrating questions and scary situation Soleimanpour presents at the conclusion. Are you willing to sign up? I dare you!

You can see White Rabbit Red Rabbit with guest performances from the Julliard School alumni class #19 until 2 May. Sign up for this fascinating presentation live on Zoom by going to this link: https://4thwalltheatreco.com/ 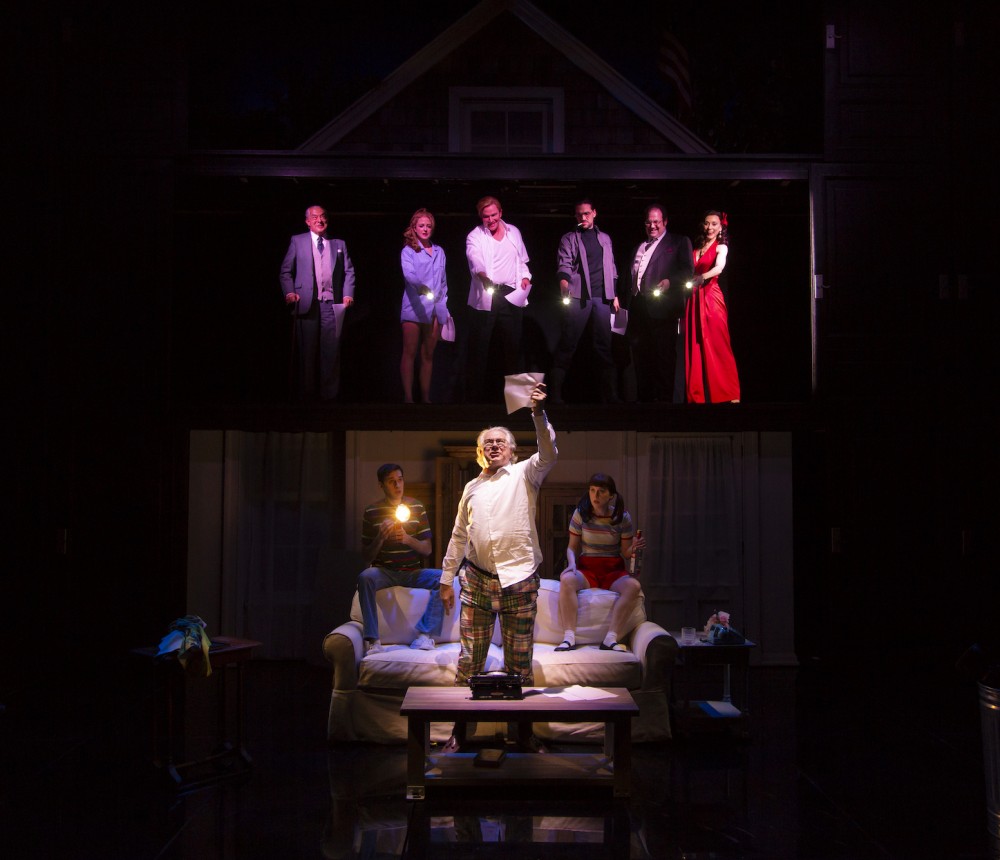 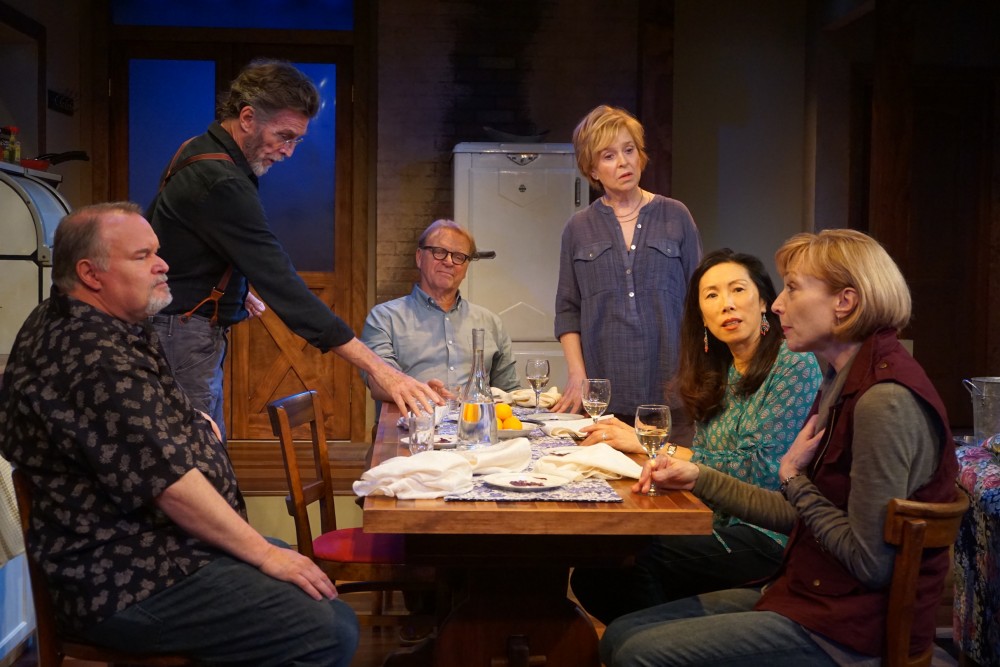 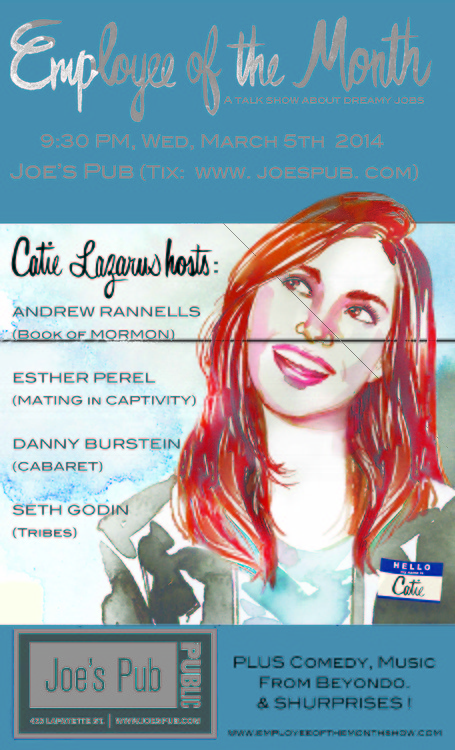