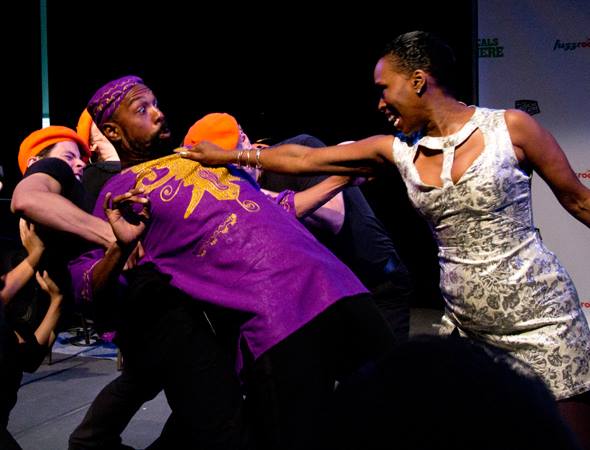 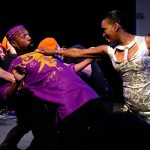 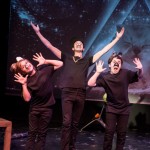 Down the Internet worm hole go two brothers after a traumatic Christmas confessional by their parents. Santa has given them a computer, by the way—shining tempting god of god knows what. Complete with projections on the back wall to further convince us that we are in a virtual world, WikiMusical uses plot turns from Alice in Wonderland, a little Wizard of Oz and something called The Phantom Tollboth. It is a derivative tale with familiar characters and many talented, energetic actors, but it is really derivative. The music is innocent musical-theatre style, the choreography (by director Richard J. Hinds) is more constant than one would expect and the direction is entertaining, though obvious.

The two brothers, (competitive and hurt) Kurt and Peter, played by Trey Harrington and Perry Sherman are talented and willing members of this committed ensemble. Brenda Braxton as Spam King (read Queen of Hearts) is the lead evil doer, and brings a Vegas showgirl aspect to the piece. Darius Harper as Morgan Freeman has one of the most original conceits to play—Morgan Freeman has two personalities and breaks out into ”narrator” throughout the play; and accompanies the protagonists through their journey to get out of the Internet and go home. Alison Novellu plays Jacqui a blogger who also becomes a buddy—a creative writer who finds it easier to blog than write that great book that she may be capable of (good character idea there, too). Heather Jane Rolff and Bob Walton play the parents and many other characters with the verve of talented good sports; and Barry Shafrin, most notably, brings great fun and detail to his character Emoticon. The brothers have younger versions of themselves, who are brought to life with expert sweetness by Lucas Schultz and Noah Marlowe; and these two also create many smaller characters–fun to watch.

This production is the obvious result of enormous effort and comradery, but doesn’t overcome the cliché. And doesn’t achieve the stated goal of explaining how the Internet is keeping us from the ability to live in the “real world.” WikiMusical seems perfectly happy to play around with the Internet. 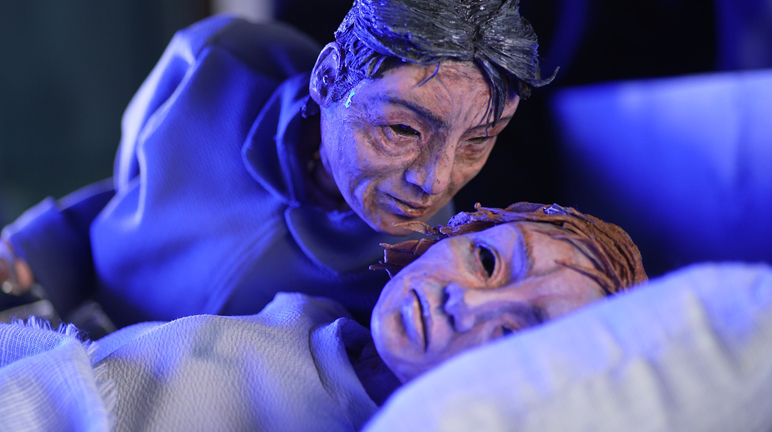 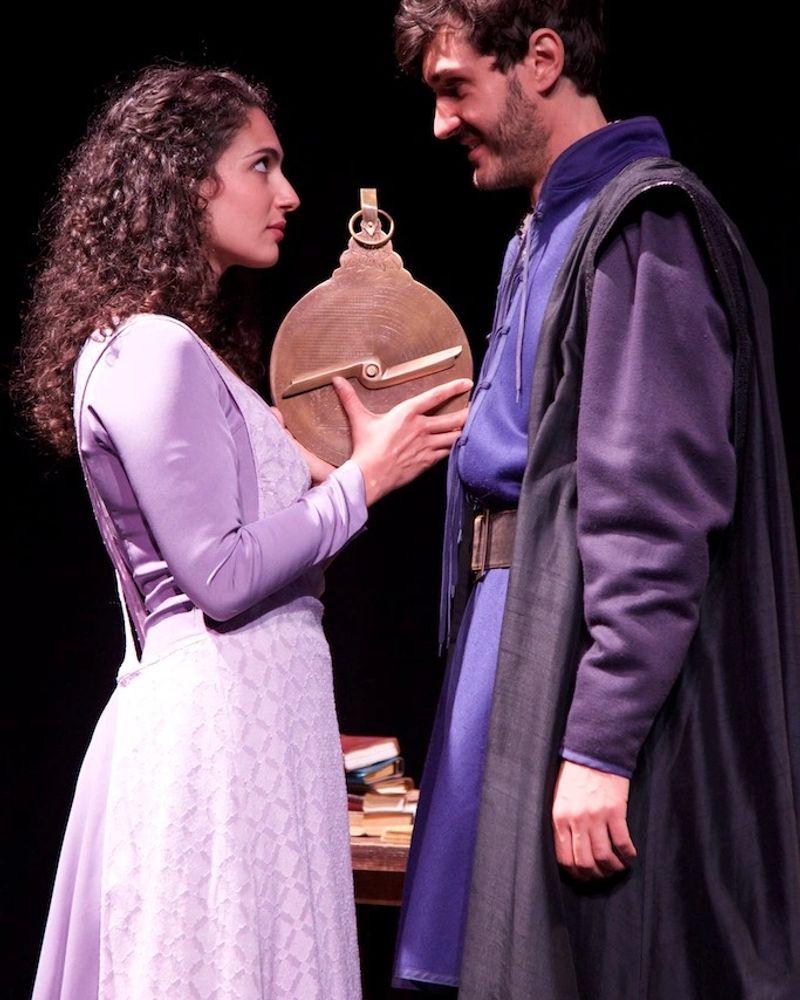