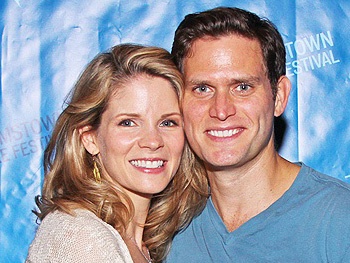 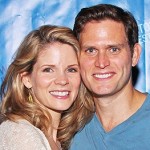 A Special Box office Opening Event will be held at the Gerald Schoenfeld Theatre for “The Bridges of Madison County.”
Producers Jeffrey Richards, Stacey Mindich, and Jerry Frankel are pleased to announce that the box office of the newly renovated Gerald Schoenfeld Theatre (236 West 45th Street) will open at 10AM on Monday, November 25, 2013, for The Bridges of Madison County, which will begin performances on Friday, January 17, 2014. The opening night is set for Thursday, February 27, 2014. Rehearsals will begin Monday, December 9, 2013.
In celebration of the opening, customers who visit the box office between 10AM and 11AM on November 25th, will be entered to win a special, grand prize – an original love song, written and performed by Jason Robert Brown.
In addition, the first 25 people in line will receive special The Bridges of Madison County gift bags. One of these bags will contain a special FUJIFILM INSTAX™ Package including an INSTAX Mini 50S instant camera and double pack of INSTAX Instant Film. For information on FUJIFILM INSTAX products.go to: Facebook.com/Fujifilm.instax.
Tickets can also be purchased at Telecharge.com or by calling (212) 239-6200.
Four-time Tony® nominee Kelli O’Hara reunites with Bartlett Sher, the Tony- winning director of South Pacific and The Light in the Piazza, for a stunning new musical by the Tony and Pulitzer Prize-winning team of Marsha Norman and Jason Robert Brown. O’Hara is joined onstage by Steven Pasquale (“Rescue Me”, reasons to be pretty) for this sweeping story about the roads we travel, the doors we open and the bridges we dare to cross.
The Bridges of Madison County, based on the best selling novel by Robert James Waller, comes to Broadway after an acclaimed run at the Williamstown Theatre Festival.