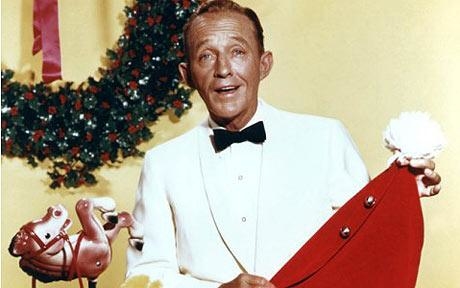 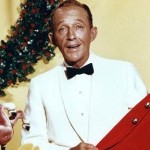 Artistic Director Frances Hill and Producer began their Winter Rhythms 2014 on December 2nd with an all star “Tribute to Bing Crosby.” All proceeds from the Winter Rhythms series go to the Urban Stages Outreach Program which has three main components: touring library programs, residencies, and a summer camp.

The evening began with the introduction of Gary Giddens, author of the latest biography of Crosby. Giddens discussed the complex personal life of Crosby and unveiled a Hollywood Palace color video of Crosby and Johnny Mercer, with Crosby singing a popular song by another songwriter and Mercer chiming in with one that he wrote on the same subject. There was lots of humor back and forth and ended with them both singing “Something’s Gotta Give.” 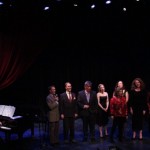 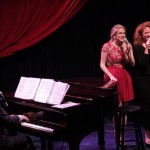 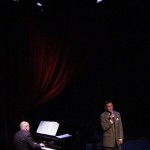 Almost all of the song selections were sung with their verses. One of the earliest selections was appropriately, “Snow,” sung by a wonderful quartet of Harnar, Phillips, Sell and Miller.

Conkin, with stunning red boa, dueted with Zeffiro on “Fancy Meeting You Here.” Then, in a section entitled the 1930s, Conklin tenderly sang the rarely sung verse and emotionally moving “How Deep Is The Ocean.” Among the rarities was a wonderful version of “Pennies From Heaven,” sung by Phillips and Harnar singing the title song from a forgotten movie, “East Side of Heaven.”

In the 1940s section Mulder dueted with Zeffiro on a humorous “Road To Morocco,” Miller sang “Moonlight Becomes You,” Winter in holiday red sang “You Keep Coming Back Like A Song,” Mulder did a sweet “Sunday, Monday and Always,” and Steve Ross rocked on “Swinging on a Star.”

In the 1950s Winter returned to sing the Crosby/Jane Wyman duet “In the Cool Cool of the Evening” with Zeffiro. Zeffiro told a story about when Judy Garland was fired by MGM Crosby used her on his weekly broadcast and he dueted on a real rarity, written by Ralph Freed “Just The Way You Are” with Miller. Phillips and Reyburn remembered they met outside the Brill Building many years ago when both were going to audition for the Broadway production of “High Society.” They weren’t cast but they sang a beautiful “True Love” together this night. Of course, Harnar and Zeffiro did the crazy duet, “Well, Did You Evah?” with some very special lyrics.

The last part was “The Legacy: Crosby and Christmas.” At the end of his life Crosby did not have a recording contract but went to London and recorded with a young band who tried to trick him but were never able to because he could follow their rhythms. The full cast came out, led by Harnar, to sing “White Christmas” and have the audience join in singing that classic.

It was a terrific night and is an indication of how classy and special the entire Winter Rhythms 2014 is going to be. There are at least two shows every day and night until December 14 and they will feature a myriad of stars. Urban Stages is located at 259 West 30 Street. Go to www.urbanstages.org for schedule and call 212 868-4444 for tickets.