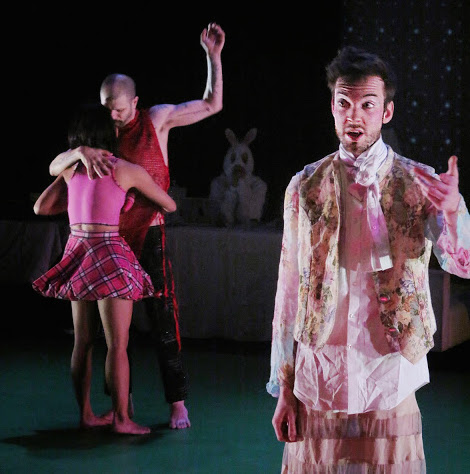 An exuberantly imaginative but self-indulgent interpretation of a Charles Mee play. 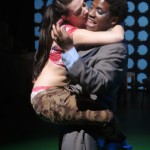 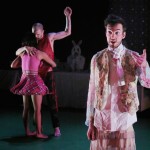 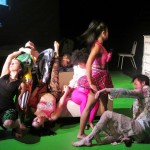 Witness Relocation, the exuberantly imaginative and freewheeling theater/dance troupe has chosen Charles Mee’s Daily Life Everlasting to stamp with its uninhibited brand of theatricality. Past productions by Witness Relocation have given more weight to movement than words and such was the case with Daily Life Everlasting at LaMaMa’s Ellen Stewart Theater in the East Village. They’ve taken the Mee work as a starting point, loosely following his format of scenes followed by interludes of Monteverdi songs. The songs here weren’t Monteverdi but by Heather Christian whose work sounds improvised and free-wheeling. Other background music sounded like soft pulsations.

They have pretty much ignored Mee’s specific set description, going, instead, for a less defined performance space into which various set pieces are trundled in: a couch, chairs, an oven, etc. Lined up behind the actors are three technicians in bunny outfits (!) running the sound, video and lights (designed by Michael De Angelis, Kaz Ps and Jay Ryan). The bunnies also occasionally participate in the mayhem directed and choreographed by Dan Safer.

Brad Callahan’s surreal and colorful costumes immediately imply character, if not caricature. There’s a man in layered drag (Philip Gates); a woman in elegant pink, black and red velvet (Aziza Barnes); a guy in a loose beige suit (Chinaza Uche); another guy in a black suit with a loose handmade red pullover underneath (Mr. Safer); a sprightly young lady in a colorful-print unitard (Tori Khalil); another young lady in a midriff baring outfit; and, of course, those bunny costumes.

Video projections go from abstractions of vibrating polka dots to photos of vintage scenes of Americana.

In pairs, the actors come forward and enact scenes combining words and physicality, sometimes shadowed by others acting like a subtle Greek Chorus. A man tells a woman that he fell for her at first sight leading to a sensuous pas de deux. In this and the following bits, gestures are stylized and semaphoric and are passed on from actor to actor. Two women start speaking in pretty non sequiturs and wind up in a passionate lesbian coupling. Two men also wind up romantically involved. There’s audience participation in the form of picking names out of a hat to determine who speaks. The performance eventually devolves into a long orgiastic dance involving partial nudity leaving everyone in a lovely state of contented exhaustion.

The other actors were: Alexa Andreas, Nikki Calongo and Vanessa Koppel, completing a cast uninhibitedly on the same wave length.

Daily Life Everlasting provides many wonderful images and all the performers give their all. If it is a tad self-indulgent, at least it’s voluptuous and involving. 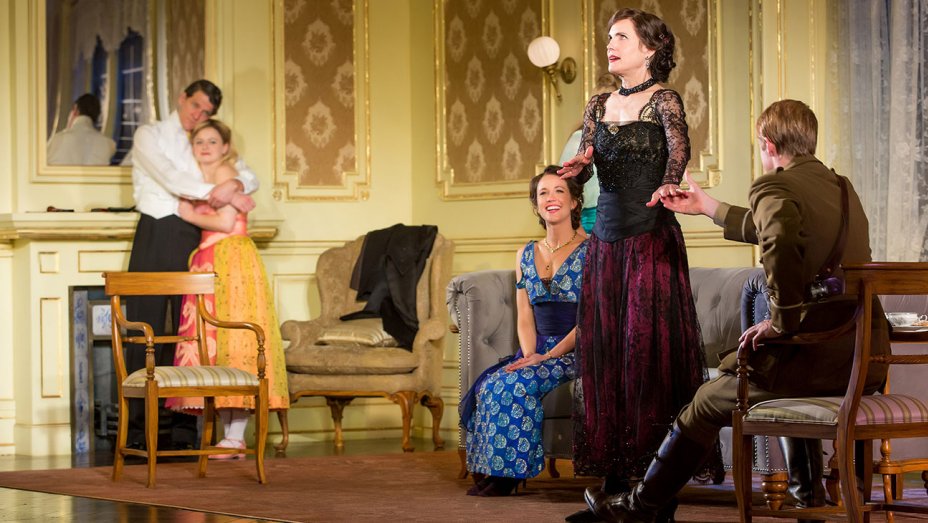 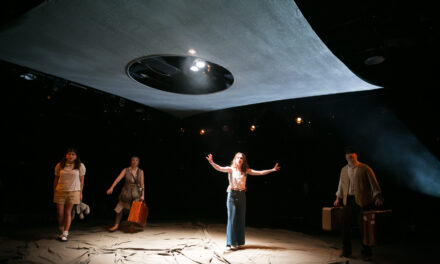