The Women of Fosse – Three Vets Spill Their Secrets 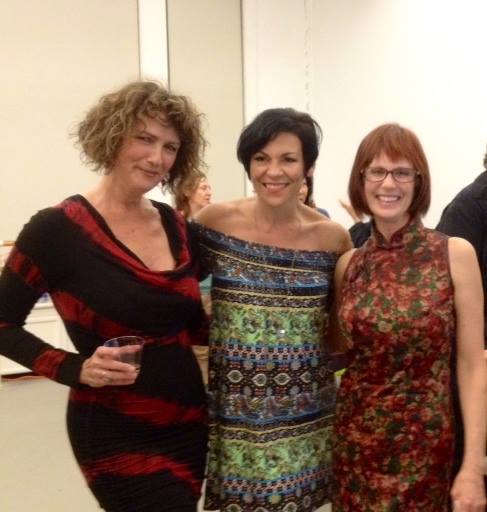 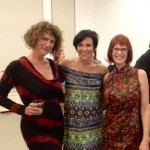 A wise theater history professor once advised that if you want to know every little detail about what goes into staging a musical, it is best to always consult the ensemble members and not the leading players. To be sure, the three women who spoke so passionately about their mentor, Bob Fosse at Steps on October 5th, weren’t just chorus kids. Their extensive experiences in Fosse shows involved everything from staging them to filling in for leading dancers. It’s rare to get such a detailed and insightful look at the process of a genius, but Steps, the industrious dance training center on the Upper West Side, provided such an opportunity when it gathered Diana Laurenson, Dana Moore and Mimi Quillin for a delightful and illuminating conversation at the school.

After some video excerpts from Chicago and All That Jazz, Patricia Klausner, Steps’ Special Events Producer, and host for the evening, began by asking each dancer about how she got involved with Robert Fosse. Mimi showed up for an all-male cattle call having missed the regular session. Gwen Verdon, whom Mimi affectionately imitated throughout the evening, noticed her during a performance of the American Dance Machine and pushed her to Fosse. Diana fully intended to be a journalist and casually decided to attend an audition changing the path of her life forever. Dana had a “disastrous” audition which clearly wasn’t as bad as she thought. When she was brought to Fosse, he recognized her talent. All three women met in various productions and tours of Sweet Charity.

They went on to disprove, with multiple examples, that the clichéd view of Fosse dancers as being merely sexy and dark was untrue.   They all agreed that the last thing they were asked to be was “sexy.” Every movement and every pose had to have an underlying motivation, usually based on characters each dancer would be given, from which they were expected to find their inner lives. Fosse expected his dancers to be actors, too. Choreographic examples from Charity were cited for Fosse’s attention to details like where each finger should be placed—as in the “Frug” from that show—and just where the dance hall hostesses should look when doing “Big Spender.” (The answer is the 12th row.)

They fumbled a bit when asked about a “Fosse Style,” finding it difficult to explain. Certainly there were the turned-in, slight hunched movements and an abundant use of subtle body isolations, but since each dance was an organic part of the storytelling, Fosse sculpted each dance differently.

Each of the three is a different physical type, pushing home the point that Bob Fosse saw talent in all sorts of physiques.   His ability to mesmerize was mentioned as well as stories of his entertaining his companies to put everyone at their ease.

It was fascinating to watch each woman allow Fosse’s movements to pass through their bodies as they remembered different moments. It’s clear that even though Mlles. Laurenson, Moore and Quillin aren’t the youngsters they once were, Fosse lives on in their bodies and their psyches.

This talk was part of the Artists Talk Series/Movie Nights @ Steps on Broadway.

The Women of Fosse