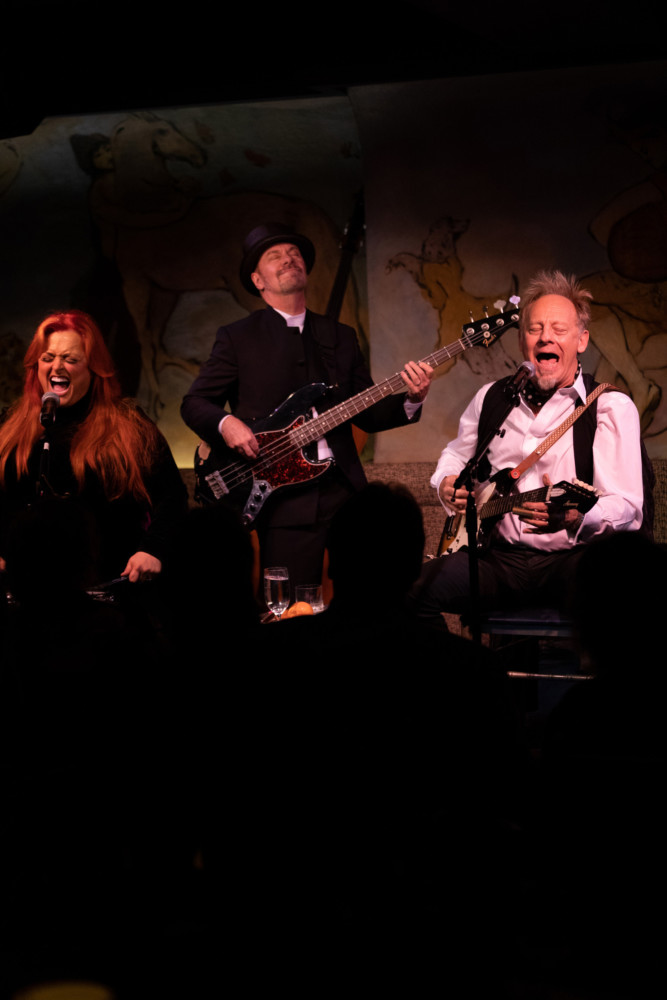 It doesn’t take but a moment to feel the electricity in The Café Carlyle when Wynonna Judd enters and takes the stage, accompanied by her husband (guitarist, drummer-producer) Cactus Moser. She’s a country and pop music legend from Appalachia – Ashland, Kentucky – with a long history of her early entre into the music world via her mother Naomi Judd – the two recording and touring through 1991, when Naomi became ill. They did reunite in 2010 doing an 18 – city tour in “The Last Encore,” that added to the long list of albums recorded on Curb Records. They were the most popular country duo selling millions of records and garnering numerous industry awards. Wynonna’s half sister is the actress Ashley Judd. Wynonna is also a best-selling author and continues her celebrity touring and recording.

Opening with “Feeling Good” (Anthony Newley/Leslie Bricusse), made popular by Nina Simone, it became evident that this is no ordinary country-pop singer . . . but a woman steeped in honesty, reality and truthfulness. Her voice is commanding yet gentle and soulful.

She and Cactus are a loving-giving team as she picks up her guitar, the same one she played as a teenager, with Cactus switching from guitar to mandolin to drums, they make inspiring music together with Dow Tomlin on bass. The band is known as The Big Noise. And what a noise it is! 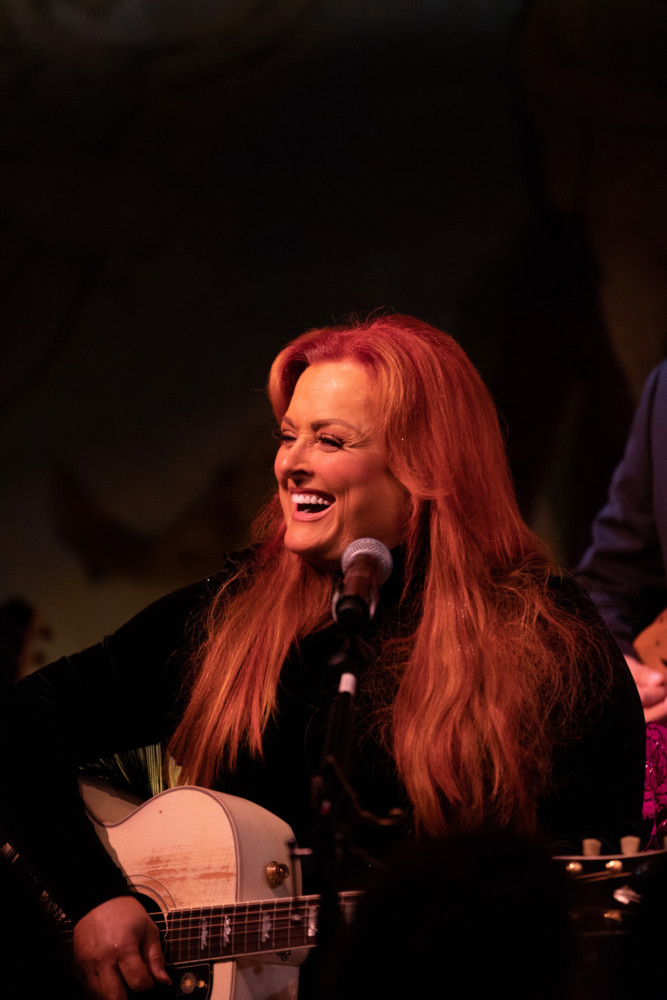 After descriptions about the turbulence of her life with her mother, they embark upon an evening of some of her famous hits, the audience hooting, hollering and applauding with acknowledgement as she replies “oh, stop.” She and Cactus exchange instrumentation – she on drums and occasionally on harmonica, he on guitar and mandolin as the evening moves forward.

Wynonna is an exquisite storyteller infused with major dynamics; Cactus spends a fair amount of time praising the long-haired red legend who tells numerous tales like never having confidence or fitting in back in school, but she would walk her talk. She appeared on Oprah numerous times, considering Oprah a mentor. Cactus relates meeting Wynonna and being overwhelmed by her voice but that she was never one to stand up for herself. Wynonna is very revealing which is why she can reach the very heart and spirit of those in her presence. It feels like we’ve been invited into their living room.

They embark on Lee Hazelwood’s “These Boots Are Made for Walkin’ “ – made famous by Nancy Sinatra, along with other hits including “Ain’t No Thing,” “Love Can Build a Bridge,” “Why Not Me,” What the World Needs Now, ” “Young Love” . . . an evening filled with lots of love, great expression and an emotional tide called Wynonna Judd. 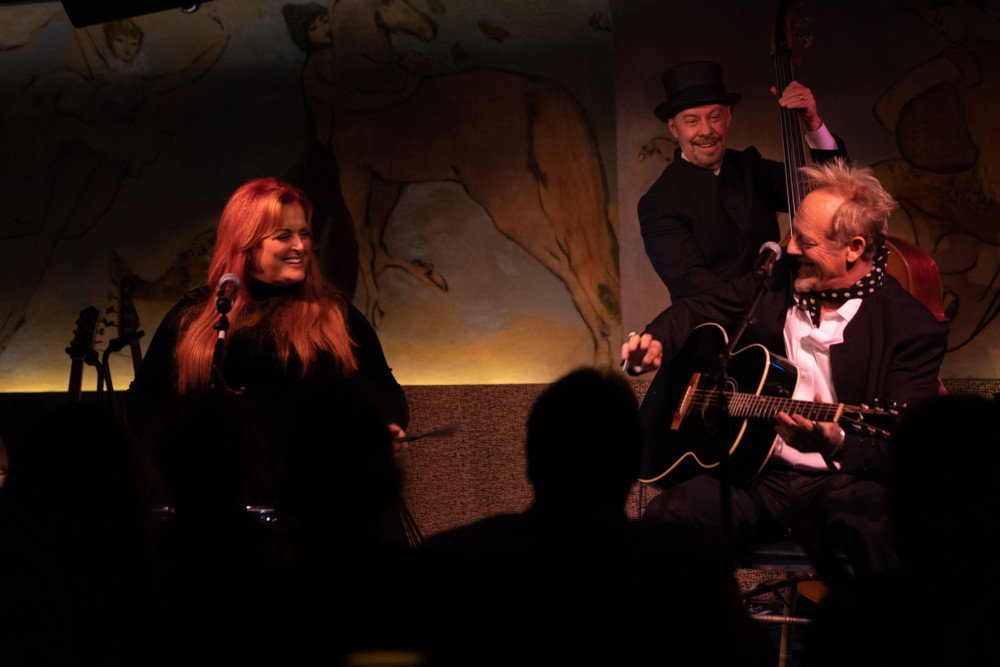 The two have overcome some tragedies in their lives, she a God-loving, spiritual person and proud of it.

Her latest and most touching song – “The Child” – (autobiographical and penned by label mate Cass McCombs and Wynonna) came with a post script of words of wisdom “if you feel anonymous, follow your own truth and that’s what this song is about.”

A long evening of music was delivered by this hypnotic legend, closed out with “No One Else on Earth” – – “when you let your life shine, you give others permission.”