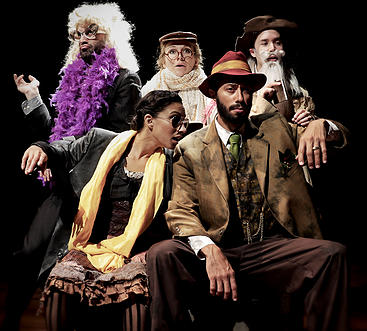 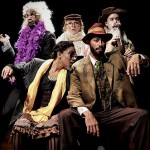 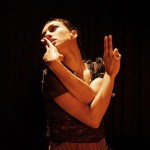 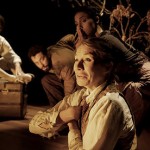 OldSoundRoom’s production of OCTOBER IN THE CHAIR AND OTHER FRAGILE THINGS, based on the short stories of New York Times bestselling author Neil Gaiman, brings 90 minutes of absurdist, dark humor, just in time for Halloween. Directed by Michael McQuilken, OCTOBER IN THE CHAIR AND OTHER FRAGILE THINGS will play six performances only – October 29th and October 30th at 8PM; October 31st and November 1st at 8PM and 10:30PM and November 2nd at 2PM at The American Theatre of Actors (314 West 54 Street). Tickets are $20. For tickets please visit: www.oldsoundroom.com.

This production recently premiered at the Amsterdam Fringe Festival in the “Best of Fringe” category, where it was highly acclaimed and reviewed as a “fully-loaded, immensely entertaining gothic-style ghost tale.” OCTOBER IN THE CHAIR AND OTHER FRAGILE THINGS brings the unlikely happenings and child-like wonder of Neil Gaiman’s fantasy world to the stage with a 25-character, five-actor show including original music and puppets.

OCTOBER IN THE CHAIR AND OTHER FRAGILE THINGS comes to Off-Broadway after being selected for The Araca Project, a producing grant for emerging artists through The Araca Group.

OldSoundRoom was founded in 2013 by recent graduates of the Yale School of Drama, all of whom share an artistic vision to create exciting and original theater. In the fifteen months since their founding, they have performed two shows in three countries.