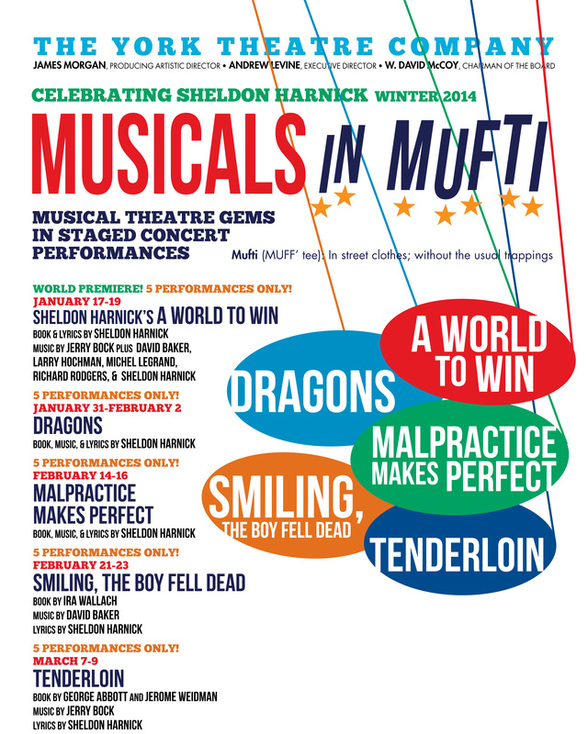 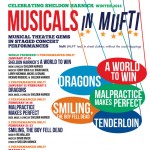 The York Theatre Company – The Little Engine That Could and Does!

A World to Win is a sampling of Sheldon Harnick’s wide-ranging career as a musical theatre writer. It covers everything from shows on and off Broadway, revues to book musicals, and well-known gems as well as hidden treasures that have never been performed publicly. Most of the music was written by his long-time collaborator Jerry Bock; other songs were composed by Richard Rodgers, Michel Legrand, David Baker, Larry Hochman and even Harnick himself.

Tickets are priced at $45.00 ($31.50 for York Members) and are available online at www.yorktheatre.org, by calling (212) 935-5820, or in person at the box office at the York Theatre Company at Saint Peter’s(Entrance on East 54th Street, just east of Lexington Avenue), Monday through Friday (12-6 PM).  A special “Musical in Mufti” Three Show Package is also available for a discounted price of $108.

The York Theatre Company’s acclaimed Musicals in Mufti series of musical theatre gems, in a simply-staged, book-in-hand concert format, has presented over 90 shows from the past in its eighteen-year history.  Mufti means: “in street clothes, without the trappings associated with the original full productions.”

The 2013-2014 season York Theatre season continues with the world premiere of a new musical, Inventing Mary Martin, conceived, written and directed by Stephen Cole, with music arrangement by David Krane and choreography by Bob Richard.  Performances are set to begin Tuesday, April 15 for a limited engagement through Sunday, May 18.  Casting will be announced shortly.