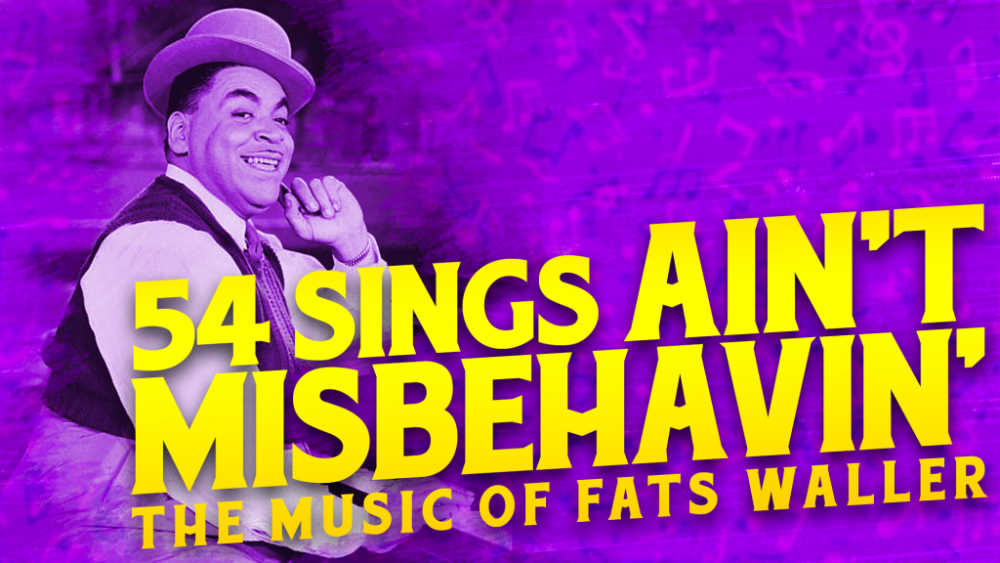 An exciting reprise of a beloved musical. Ain’t Misbehavin’ was the little engine that could in the 1977-78 New York theatrical season.   How what basically was a cabaret showcase of the music associated with the legendary Fats Waller became the hit of that season, is really no mystery.

Start with great music, add a brilliant cast, superb arrangements, original choreography, colorful costumes and a director who was able to mold it with subtlety and—may I say it?—pizzazz, and the question is answered.

These three joined a massively talented cast of young performers in a totally sold-out concert version of Ain’t Misbehavin’. Vocal hijinks were the order of the day, from the thrilling interpretations of the three originals to the effervescent efforts of the others.

“T’aint Nobody’s Biz-ness” introduced Rheaume Crenshaw, Johmaalaya Adelekan, Zurin Villanueva, Tyrone Davis Junior and Tony Perry, all quite individual talents, and each taking advantage of their solo turns at the hilarious lyrics. This saucy ensemble of singers also applied their talents to strangely restful “Jitterbug Waltz,” the skittery “Handful of Keys,” the contagiously upbeat “Spreadin’ Rhythm,” the foot-tapping “The Joint is Jumpin’” and the dark, moving “Black and Blue.”

Cynthia Thomas squeezed all the sassy, girlish seduction out of “Squeeze Me” while Frenchie Davis showed her range in the World War Two ditty “Cash for Your Trash” and the romantic lament “Mean to Me.” The two combined forces on “Find Out What They Like,” milking all the winking double entendres for all they were worth.

Of course the highlight of the evening was the singing of the three stars. Charlayne Woodard seemed not a second older than when she walked the Broadway stage singing “Mischief” while Ken Page proved that his was the definitive version of “Feet’s Too Big.” Andre DeShields was all slithery hips and sexy crooning in the pot-themed “Viper.” Page and DeShields formed a hilariously boisterous duo for “Fat and Greasy.”

A joyous finale medley brought the show to a standing ovation end leaving only delightful earworms of all these tunes to bounce about our minds for days afterwards.