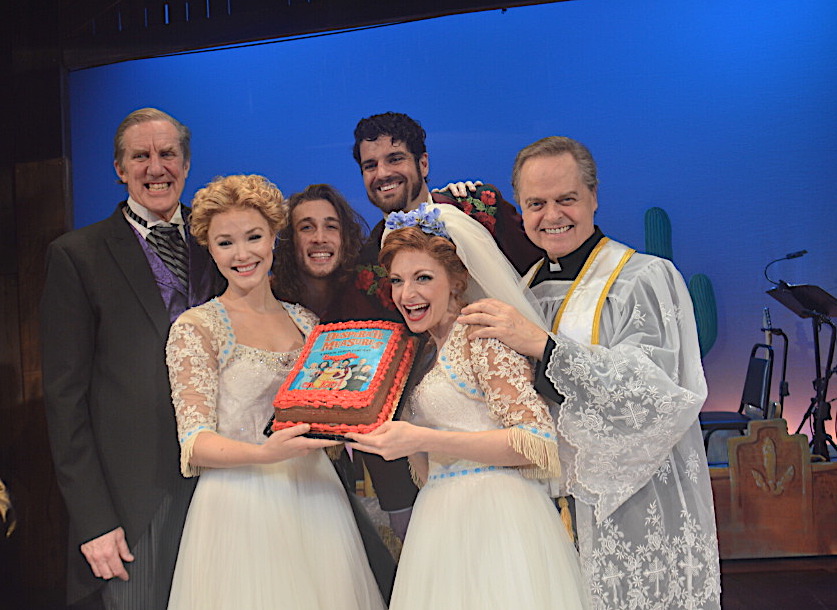 The hit musical comedy Desperate Measures, currently ensconced at New World Stages, celebrated its 100th Performance on Thursday September 13. Maryann Lopinto was there to capture the evening in photos.

Audience members received a paddle with a number on entering which later was part of an auction for DM prizes, the winning numbers oh so cleverly chosen in rhyme.

Desperate Measures, with music by David Friedman and book and lyrics by Peter Kellogg, captures Shakespeare’s Measure to Measure in one of the most unusual and clever creations that lightens and simplifies the plot, adding in a jaunty country-music-inspired score, and ensuring a happy ending. The cast includes Conor Ryan, Lauren Molina, Nick Wyman, Peter Saide, Sarah Parnicky and Gary Marchek, with direction by Bill Castellino. The show is produced by Pat Addiss and Mary Cossette.