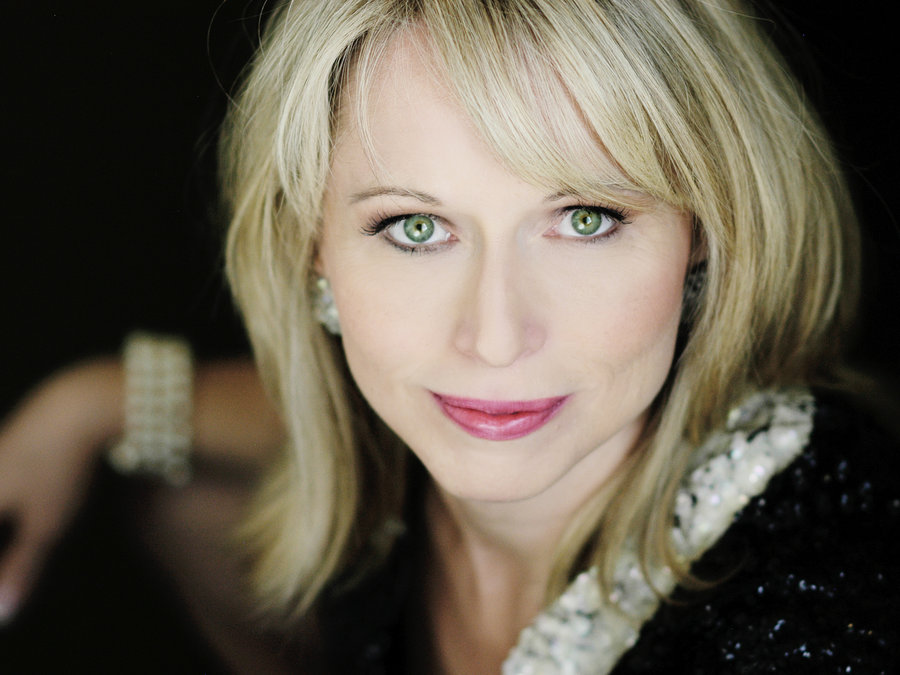 Miranda Music artists came together to celebrate the label’s recently released album, A New York Holiday, with an array of songs traditional – and not so traditional –about Christmas and the holiday season. Starting the festivities was Miranda Music founder and CEO, Kitty Skrobela with a recitation of “The Shortest Day” (a poem by author Susan Cooper), spoken to the dulcet strumming of Peter Calo’s guitar. Miranda’s “flagship artist,” Karen Oberlin, kicked off the singing with the traditional, easy-tempoed “Christmas Song,” followed by Stacy Sullivan and her accompanist, guitarist Troy Fannin, with a song by Oberlin’s spouse, David Hajdu: “Who Do You Belong To?” In the traditional realm of the holiday season, Richard Barone performed an edge-of-rock “I’ve Got My Love to Keep Me Warm,” complete with an amusing and very chaste strip tease. Sue Matsuki, accompanied only by bass player, Skip Ward, offered a cleanly sung “Sleigh Ride,” while Lina Koutrakos, who directed the show, delivered a smooth, slow-dancing version of “What Are You Doing New Year’s Eve?” Decidedly untraditional were Bill Zeffiro with Marissa Mulder, singing “So It’s Christmas,” and Rick Jensen accompanying himself to “You Better Say Yes.” Objects of affection were addressed by two singers; Maria Ottavia sweetly sang “Merry Christmas Darling” and Kathleen France offered an up-tempo, deep blues “Merry Christmas Baby” with a powerful, full-bodied vocal. Pianist and show Music Director Tracy Stark sang her own composition, “The Perfect Christmas,” while guitarist Peter Calo played and sang “On Christmas Eve” in a blues-rock style that may well have been blessed from another dimension by Sister Rosetta Tharpe. Much recorded Miranda artist, Marcus Simeone, with musicians Stark, Calo, Ward and drummer David Silliman, closed out the show with an energetic “Christmas Baby Please Come Home” with the Simeone’s powerful vocal range much in evidence. The finishing touch, though, was an audience sing-a-long of “Let There Be Peace on Earth,” a reprise of the solo performed by Joshua Lance Dixon, whose rich baritone and powerful interpretive skills consistently add a touch of magic to his vocalizations. A New York Holiday with Miranda Music provided, in sum, a warm and festive ambience in which to revel in holiday spirit.