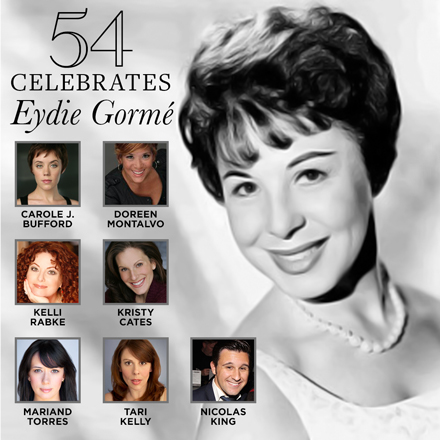 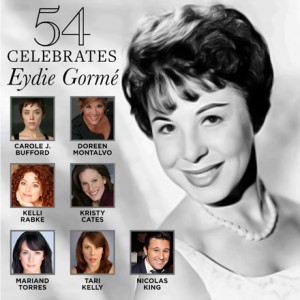 When you begin a celebration of Eydie Gormé with of video of the great songstress singing “What I Did for Love,” a performance that brought down the house, even though the star was nowhere to be seen, you’d better be pretty confident the rest of the show is going to hold up to those high standards. T. Oliver Reid, producer and host, had that confidence, and for good reason.

The list of talent Reid assembled for 54 Below Celebrates Eydie Gormé on Aug. 11 included many of Broadway and cabaret’s most powerful vocalists: Doreen Montalvo, Kelli Rabke Agresta, Mariand Torres, Tari Kelly, Kristy Cates and Carole J. Bufford. They performed many of the songs that made Gormé famous: American standards, Broadway tunes and Latin American hits.

The evening began with Gormé’s early successes. Cates shook things up with “You’re Nobody Till Somebody Loves You,” and Bufford delivered a jazzy version of the Yiddish hit “Bei Mir Bist Du Schein.” But Gormé, a sephardic Jew from the Bronx, was equally successful south of the border, especially when she sang with Tres Panchos.

The cast gamely travelled from Mexico, with “What a Difference a Day Makes” (Cates), “Sabor a mí” (Torres), Bésame Mucho (Montalvo) and “Granada (Mantalvo), to Brazil, by way of Cynthia Weil and Barry Mann, with Gorme’s 1963 single hit “Blame It on the Bossa Nova” (Torres).

As Reid pointed out, there were two big Steve’s in Gormé’s life. The first was Steve Allen, host of The Tonight Show, where she made her television debut in 1953 and met the second Steve in her life, her husband, Steve Lawrence. Nicolas King channeled Lawrence’s smooth pop style splendidly in “This Could Be the Start of Something Big” and “All or Nothing at All.”

Although Gormé and Lawrence had a legendary and long marriage, Gormé often sang of failed relationships. Bufford’s sultry “After You’ve Gone” and Cates’s hold-on-to-your-seat “What Did I Have That I Don’t Have” gave testimony to this side of Gormé’s repertoire.

Eydie Gormé won only one Grammy, and that was for “If He Walked Into My Life.” Torres, very appropriately, ended the show on this thoughtful, highly emotional note.