Artemisia LeFay: Ghosts of Weimar Past 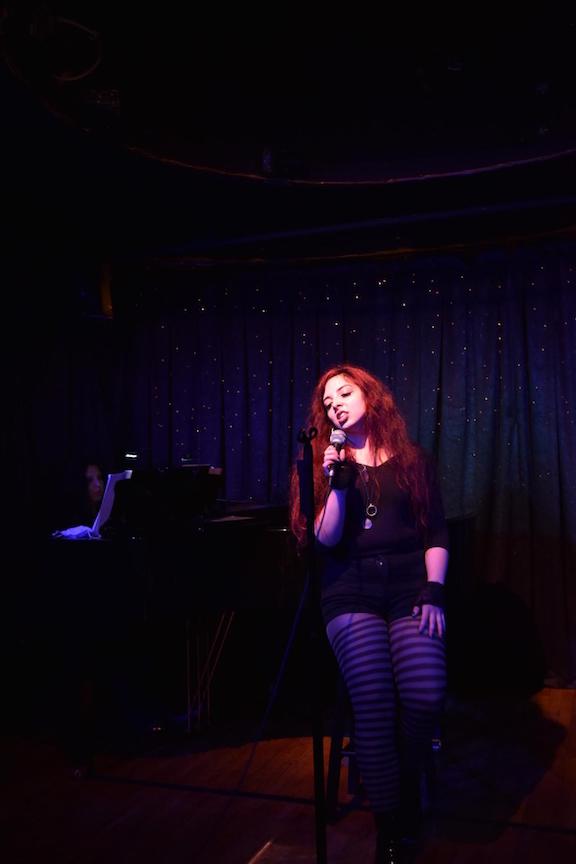 One of the most delightful and enjoyable elements of Artemisia LeFay’s cabaret show Ghosts of Weimar Past, was the sheer excitement and enthusiasm the singer brought to the program. Le Fay is young––and very far distanced from 1920s Germany; so it was through the miracle of Fred Ebb and John Kander’s Cabaret (and more specifically the film version) that she not only fell in love with the music but began to study it. With a nod to the source, she inserted a tribute into the set, the tune that lit the fire, “I Don’t Care Much,” a la Joel Grey. So, kudos to her for research and passion, for the result is a performer who’ll carry that legacy forward. LeFay knows this and has worked hard to authentically present the canon of the era.

Classically trained, she’s a mezzo-soprano with a beautiful, clear and strong voice. She wisely chose most of her material from the works of Friedrich Hollænder, one of the several German-Jewish composers, active in the Weimar Era who emigrated to the USA as the Nazis rose to power (most found their way to Hollywood and careers in film-scoring). Hollaender’s narrative style suited her, and LeFay performed most of the work in German with excellent linguistic skills. His “Peter, Peter, Komm Zu Mir Zurück” and “Ich Weiß Nicht Zu Wem Ich Gehöre” well-reflected the mores of the German cabaret world of the time, full of pro-LGBT material, general sexual innuendo, comedy and romance. In English, LeFay authentically caught the haunting mood of Hollaender’s “Illusions.”

LeFay is a self-described “bellydancer, actress, vaudeville performer, composer, pianist, artist.” (Her artistry was impressively displayed in the gowns she designed for the show.) That mix of talent was most prominently applied to Kurt Weill’s “Pirate Jenny.” It’s a much-covered number from The Threepenny Opera, a fantasy tale of avenging murder. The song, characteristic of Weill, is full of tempo and chord changes. Weill isn’t easy, but more particularly, his sophisticated themes favor mature performers. Interpreting Kurt Weill’s music with the nuance required is no doubt an area that LeFay will grow into quite nicely. She handled Mischa Spoliansky” satirical “Alles Schwindel” with uber-intensity, demonstrating an excellent knack for comedy––an area she should explore more. A lovely touch was the encore, in English, of Hollaender’s “Falling in Love Again,” a tribute to the great icon of the era, Marlene Dietrich.

LeFay’s Ghosts of Weimar Past was decidedly captivating and enjoyable throughout, but could have used some polish in delivering a basically sound narrative: cabaret is intimate, but preserving the fourth wall, and resisting the temptation to play to friends in the audience, is still called for. Additionally, attention to handling the mic in a small space would have offered more even sound volume.

LeFay was accompanied by violist Alexia del Giudice and pianist Renee Guerrero, two accomplished musicians who demonstrated their chops with an evocative instrumental introduction to the evening in Mischa Spoliansky’s haunting, mood-inducing “Morphium.”