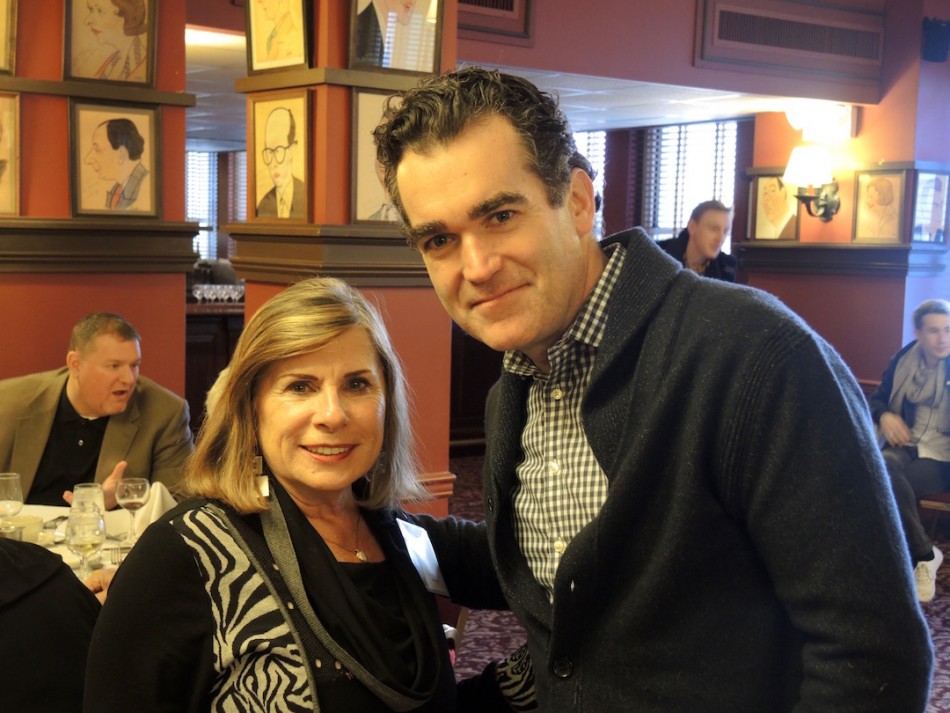 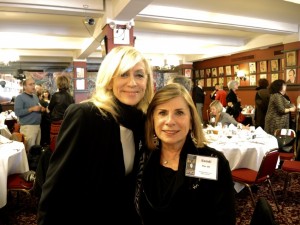 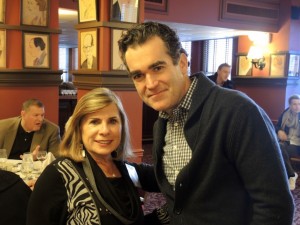 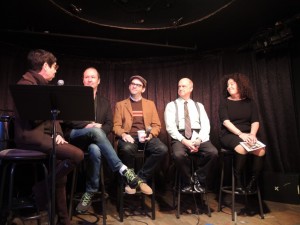 “Cabaret As A Launchpad for Musical Theatre”

It’s not only critics from New York City and around the country who took the opportunity to meet for a rousing weekend of panel discussions here in the theater mecca, but the Broadway stars turned out as well for a mix and mingle luncheon at Sardi’s! 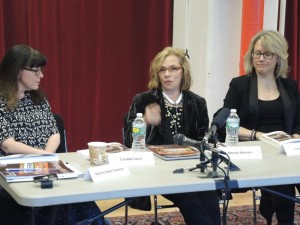 “How Can We Achieve Parity for Women in the Theatre?”

This year brought panel discussions on “How Can We Achieve Parity for Women in the Theatre?” with Lisa McNulty (Producing Artistic Director of Women’s Project (WP) Theater), Marsha Norman (book writer The Color Purple, Tony Award book of The Secret Garden), Caridad Svich (2012 OBIE Lifetime Achievement, National Latino Playwrighting Award), moderated by Martha Wade Steketee (dramaturg, critic, editor). The thrust of the discussion centered around how perceptions of women are borne out in writings and that there is an implicit bias. Statistics seem to prove that only 22% of produced plays in the US are written by women. 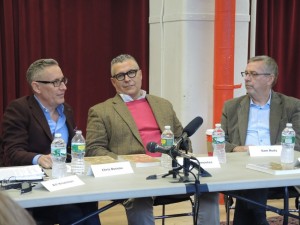 “What Press Agents Want from Critics”

The next panel consisted of major press agents who discussed “What Press Agents Want from Critics.” On the panel were Chris Boneau (Boneau, Bryan, Brown), Rick Miramontez (President, O & M Co.) and Sam Rudy (publicist for Vineyard Theater and currently representing Hamilton and others), moderated by Bill Hirschman and Ira J. Bilowit. Critics . . . listen up! You need to make yourself indispensible; when given tickets to review a show, it’s your obligation to submit a timely review and pay attention to embargo dates. When writing, assess what you see on its own merits, don’t add rumors or gossip. Helpful criticism is always welcome. And, with the changes taking place in the industry and many print publications eliminating theater reviews or reducing theater review columns, online publications are taking over, especially for off-Broadway. And don’t forget social media as it has far-reaching effects. Remember – you’re seeing a show because you have been invited, so behave accordingly. And do mention in a review if a play is written by a woman or there’s a woman’s team involved! 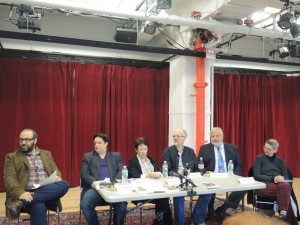 “The Playwright-Director Relationship:Who Owns What”

After lunch, the panels continued with ”The Playwright-Director Relationship: Who Owns What?” with Linda S. Chapman (Assoc. Artistic Dir. NYTW), Joe Calarco (Director), Joel K. Ruark (Exec. Dir. NY Dramatists), Susan H. Schulman (Pres. Exec. Board SDC Society, Director) and Doug Wright, (Playwright) moderated by Ben Feldman, Esq. (entertainment attorney). Discussion included the plight of directors in getting their work out as there is little financial support; working with collaborators, trusting artists and how directors and playwrights work together by listening to each other with a generosity of spirit. The bottom line – the director rules when it comes to the rehearsal process as actors need to hear one voice and feel safe in that process.

Arthur Kopit, David Lindsay-Abaire and Marsha Norman discussed “Dramatists and Drama Critics: Bridging the Gap” moderated by Doug Wright and Ira J. Bilowit.  The take away was: It’s important to realize that playwrights often do read reviews and will remember, even for years, negative comments. They remember one negative review more than 100 positive ones. Their challenge to critics is to remember that — not that we can’t be critical. But to explain why we feel something didn’t work, or how it might have been better and to remember that we are writing about people — and a product which they have poured their heart and soul into. Reviews that include these elements can be very helpful to playwrights.

On Saturday, November 14th the traditional “Luncheon with the Stars” took place at Sardi’s for a mix and mingle and to allow each to answer a specific question asked by a critic. On hand were Michael Cerveris (Tony Award Winner currently appearing in Fun Home) Kathleen Chalfant (about to open off Broadway in Rose), Sheldon Harnick (lyricist with two revivals this season Rothschild and Sons and the soon to open Fiddler on the Roof), Brian D’Arcy James (Something Rotten!), Judith Light (Therese Raquin), Marlee Matlin (Spring Awakening), Bartlett Sher (director, current revival Fiddler on the Roof), Marlo Thomas (Clever Little Lies) and Doug Wright (playwright, Quills, I Am My Own Wife, book for musical Grey Gardens) (SEE VIDEO)

Thanks to the team of Eaker and Bilowit for producing another worthwhile ATCA New York City Conference. It certainly made my life easier to attend here in NYC as a busy publisher and writer!

And from my perspective, the highlight take-away came from playwright Doug Wright when he said “The most important obligation that you (critics) have is to elevate and protect the art . . . to that end, you sometimes have to hold our feet to the fire and that is a good and necessary thing. If you can, when you do it, please remember that you are holding our hearts in your hands.”

More to come when the ATCA meets in Philly this coming April for its National Conference. 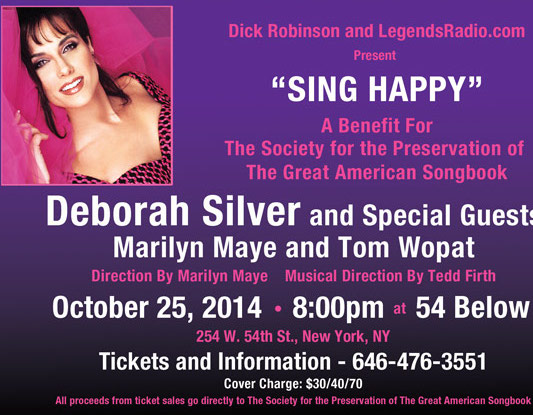 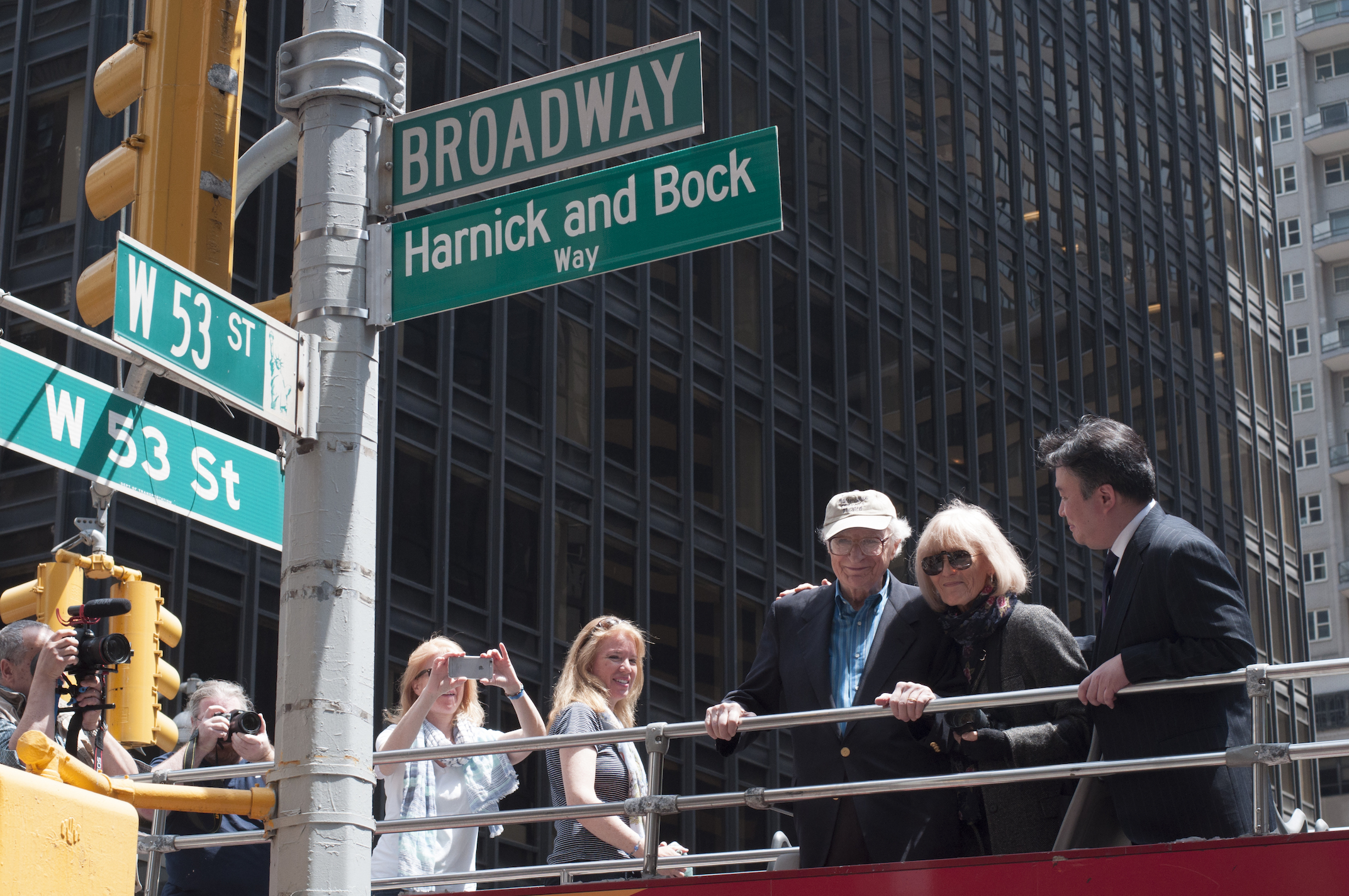