On Thursday, December 10 multi award winning singer Barbara Fasano celebrated the release of her fourth CD at Birdland at 6 PM. There was a sold out house full of singers, composers, family and friends. The CD is entitled “Busy Being Free,” which is a lyric in “Cactus Tree,” a Joni Mitchell song. The great musicians at Birdland were her music director/arranger John di Martino (whose body is wired to music,) Boris Koslov on bass, and Vince Cherico on drums and percussion. All three are on the CD, as well as Warren Vache, Aaron Heick, and Paul Meyers.

Fasano sent me a copy of CD to hear in advance and I couldn’t imagine what it would be like to see the songs in performance. It sounded like Fasano had transformed herself, with these musicians, into a jazz artist on at least one track singing in a lower key than ever before. I was curious why she had gone in that direction. Well, I was surprised. Dressed in a skin tight layered blue dress with spaghetti straps and with her hair pulled back into a rear knot, Fasano drew on her Napolitano background, performing every number with exquisite powerful gestures, illustrating every word in the lyrics with explosive and expressive hand and body motions!

The first number was a very low keyed “It Never Was You.” The audience sat breathlessly and gave her opening number lengthy applause. After a similar approach to “Where or When,” she confessed her admiration for an obscure Ogden Nash/Vernon Duke song, and with continuous spinning gestures turned “Round and Round” into a stunning one act performance piece, carrying those gestures throughout, even at the silent end.

Fasano related that when she finished the CD she realized that several of the songs were written by women and how she felt that women were more expressive about love and the powerful impact it had on their lives than male songwriters (with the exception of Hammerstein and Hart.) Thus, “Cactus Tree” is about a woman encountering all kinds of men who offer her riches and wealth but she turns them all down because she is “so busy being free.” The melody is rock sensitive and the band exploded on the breaks!

She sang a complete “Willow Weep For Me” (by Ann Ronnell), which is on an earlier CD, and was in a jazz arrangement. Then she honored Fran Landesman who actually wrote a song with Alec Wilder, a sad memory song entitled “Photographs” about seeing the love between her parents when she was a child. Not many singers sing this song and it’s a winner!

She discussed a memory as a child when her mother would be cooking upstairs and her father would be in the basement listening to Bing Crosby records. At one point her mother screamed because something had gone wrong with the pasta sauce she was making and her father called her downstairs and Fasano watched them dancing to “I Got Lost In His Arms.” The melodious Berlin music and lyrics were demonstrated as Fasano danced around her musicians! It was one of the great moments in the act but it was followed by the sexiest “Surrey With the Fringe on Top” since Marlene Dietrich’s, with Fasano enacting her man’s head on her shoulder, using the reins, and coaching on the horses, with a silent “whoa” at the end.

She talked about Abbott and Costello and how a Dorothy Fields number was buried in one of their vehicles until Mabel Mercer started singing it. It was “Remind Me,” and she pointedly sang it tying her hands behind her, but then whispering the final line “unless my darling you forget!”

Fasano, with only di Martino on piano, paid tribute to Julie Wilson with one of the songs that Wilson used to sing, “But Beautiful” and again the end lyric “I know” was muted but had a powerful impact.

She discussed how aggressive Nellie Lutcher was as a performer and songwriter and the whole band went wild on Lutcher’s “Hurry On Down,” with its lyric “we’ll have a long time to play/’cause nobody’s home but me!”

As a tribute to the Sinatra Centennial, the best was saved for last, a lyric by Carolyn Leigh to a Phil Springer melody, which Sinatra sang, “How Little We Know (How Little It Matters,) swinging out Leigh’s philosophy.

Her thank you’s were to everyone but especially to her loving husband, Eric Comstock.

Barbara Fasano’s “Busy Being Free” is on Human Child Records/Harbinger Records HCD-3106 and her website is www.barbarafasano.com where you can check on her future appearances. 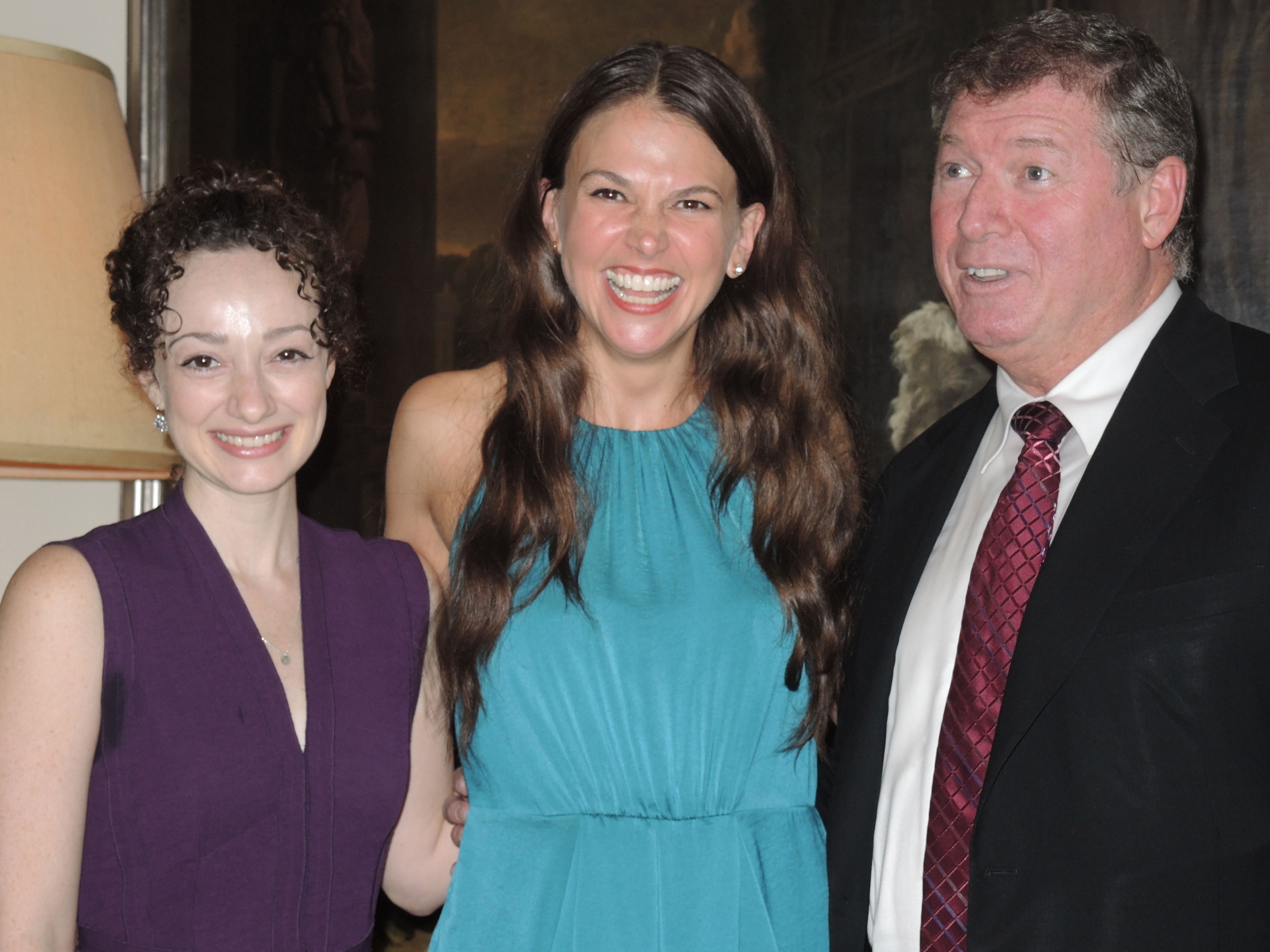 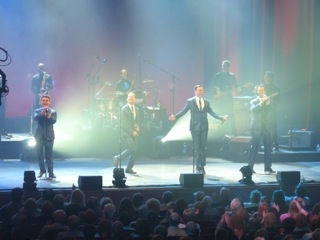 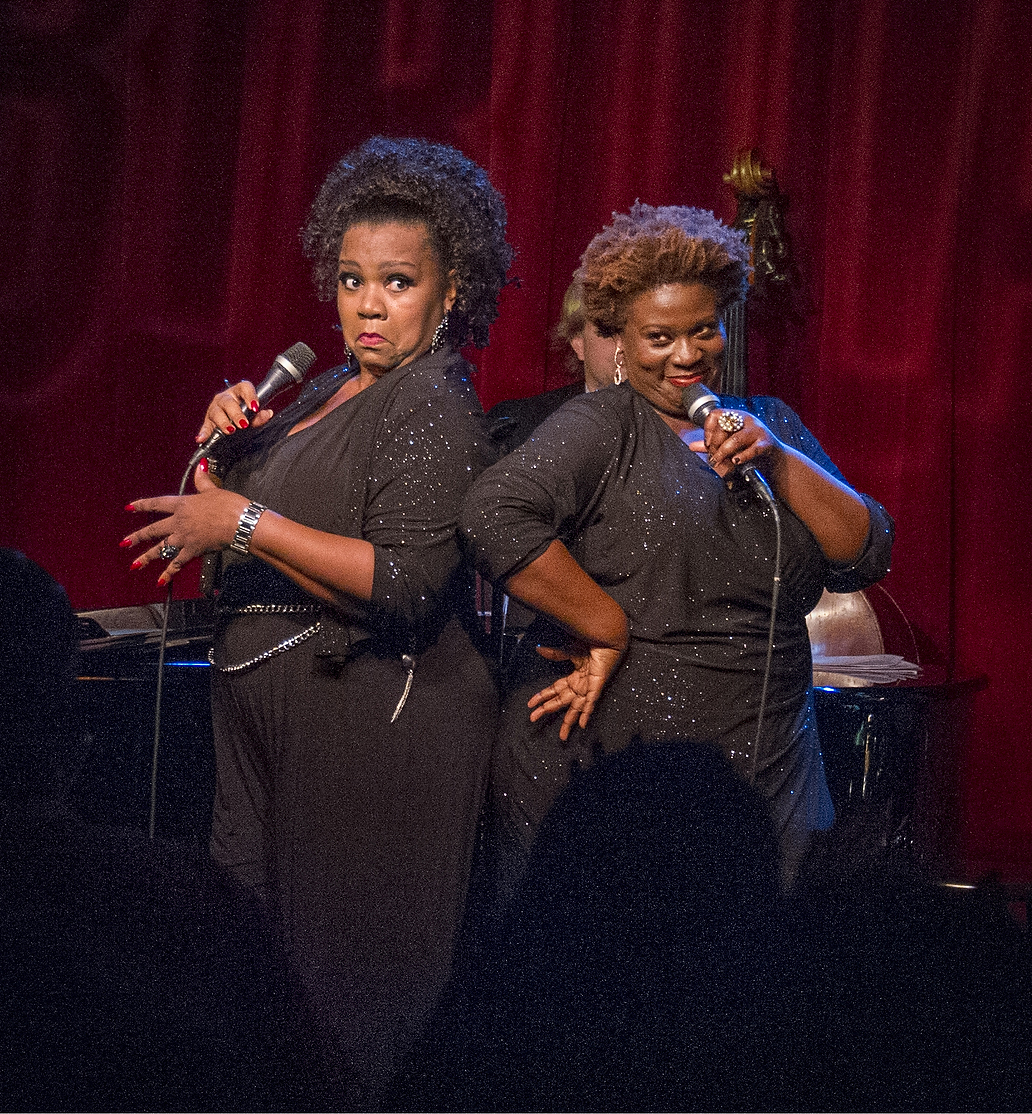