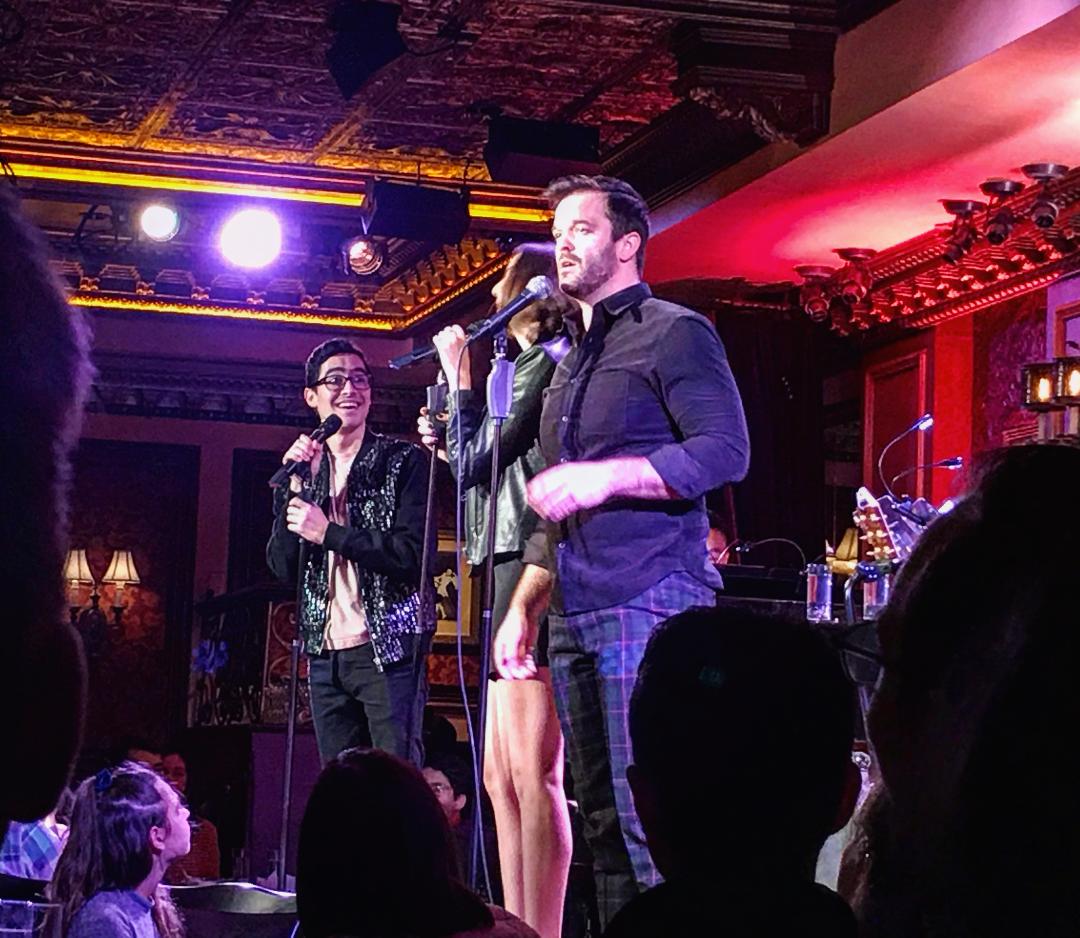 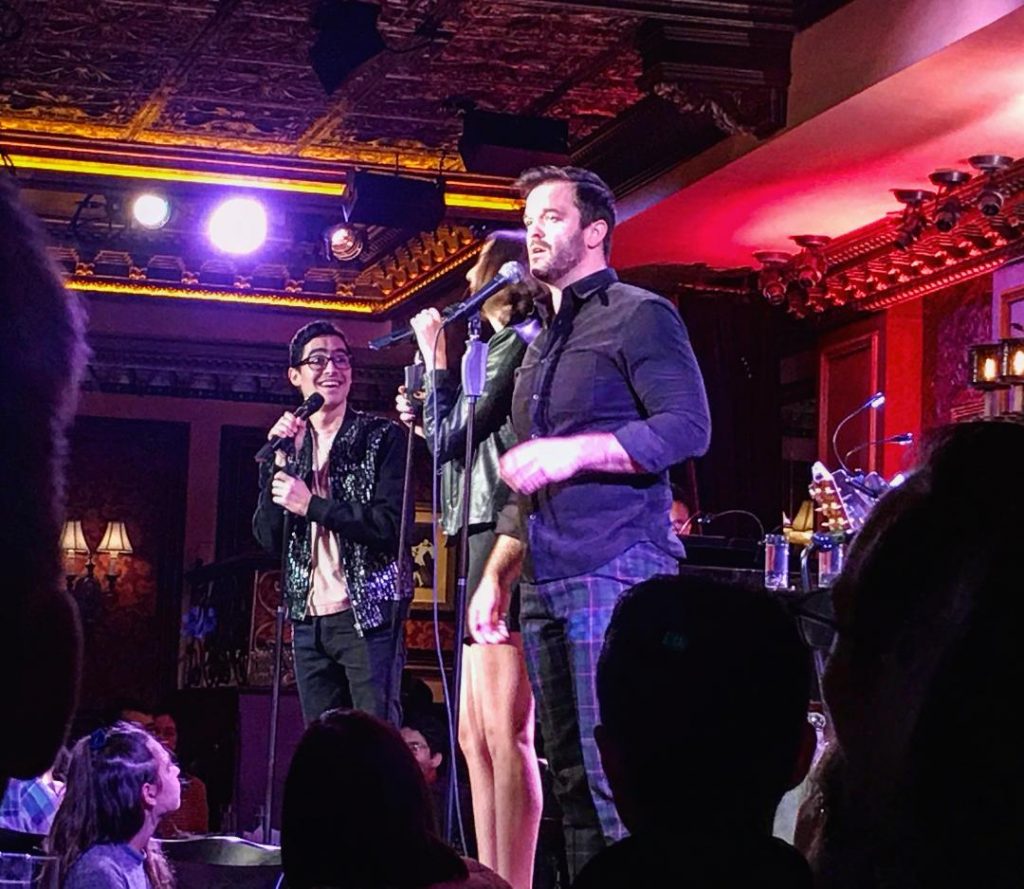 What do you get when you combine hit and cult favorite musical theater songs, entertaining anecdotes from behind the scenes of an off-Broadway show and three superbly talented swings from the hottest Broadway-bound musical? You get Be More Swing, starring Cameron Bond, Troy Iwata and Talia Suskauer.

The three swings of Be More Chill (performances beginning at the Lyceum Theater in February) took the stage at Feinstein’s/54 Below on January 6 for one night only – though I have said out loud twice now that I wish I could watch it again and again. The show kicked off to an explosive start with a big Be More Chill medley. From the opening notes of “More Than Survive” right through to “Voices In My Head,” every new segment of music was met with roars from the packed audience. The medley was fantastic, but we’d soon find out that it would not be the focus of the evening because Bond, Iwata and Suskauer were there to show off their skills beyond the musical phenomenon created by Joe Iconis. 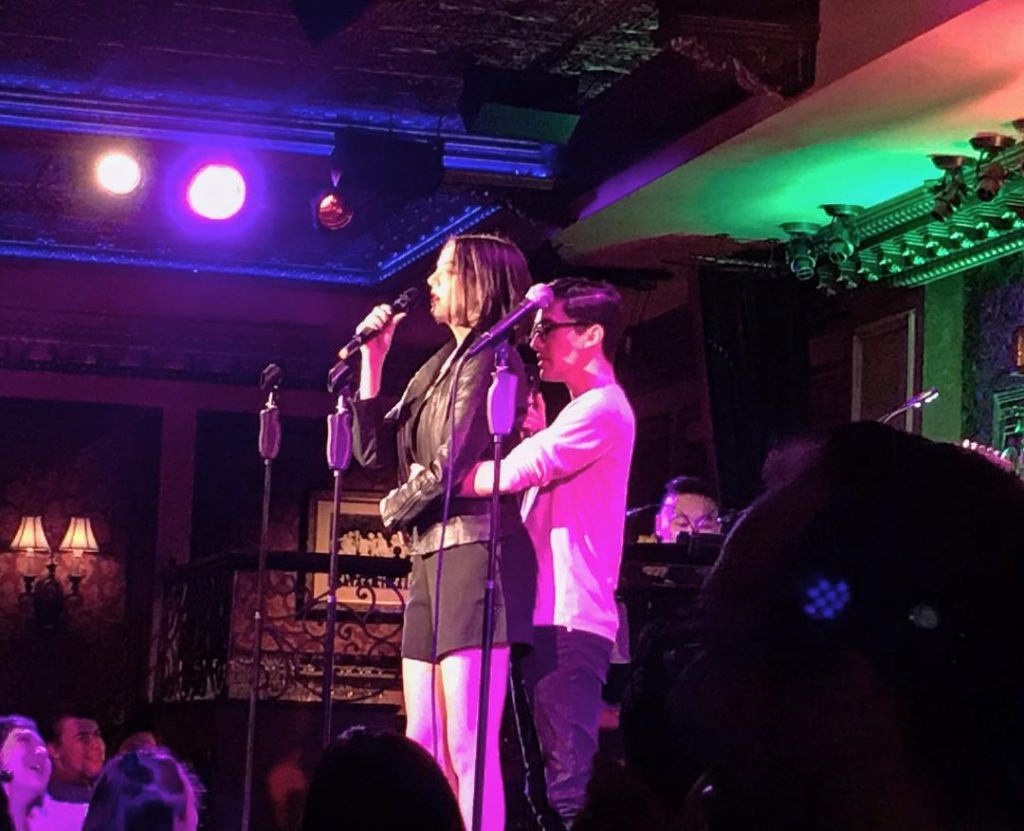 It’s been said that swings are the most versatile members of a cast and the trio proved this over and over throughout the course of the evening. Accompanied by a band consisting of Geoffrey Ko, Jakob Reinhardt, Eric Day and Phil Coiro, the swings showcased their flexibility and range. After witnessing countless women sing “Gorgeous” from The Apple Tree while at one point attending up to seven auditions a day, Bond finally added it to his own repertoire for the night. Iwata touched the hearts of everyone in the room with his gorgeous vocals on “Little Dance” from The Boy Who Danced on Air, a show in which he starred. Suskauer dripped with old Hollywood charm in her rendition of Cole Porter’s “I Get A Kick Out Of You.” Iconis left his spot in the audience to play piano during the standout performance of the night, which also came from Suskauer (who played the role of Brooke Lohst when I saw Be More Chill during its off-Broadway run). Suskauer told us that when Iconis’ musical Love in Hate Nation premiered at Penn State, she played a teacher due to her height. Now, however, she was taking her turn as bad girl jailbird Sheila Nail, singing about her escape attempts in the character’s aptly titled song, “Sheila Nail.” Suskauer absolutely brought the house down, bringing numerous audience members to their feet for a standing ovation. 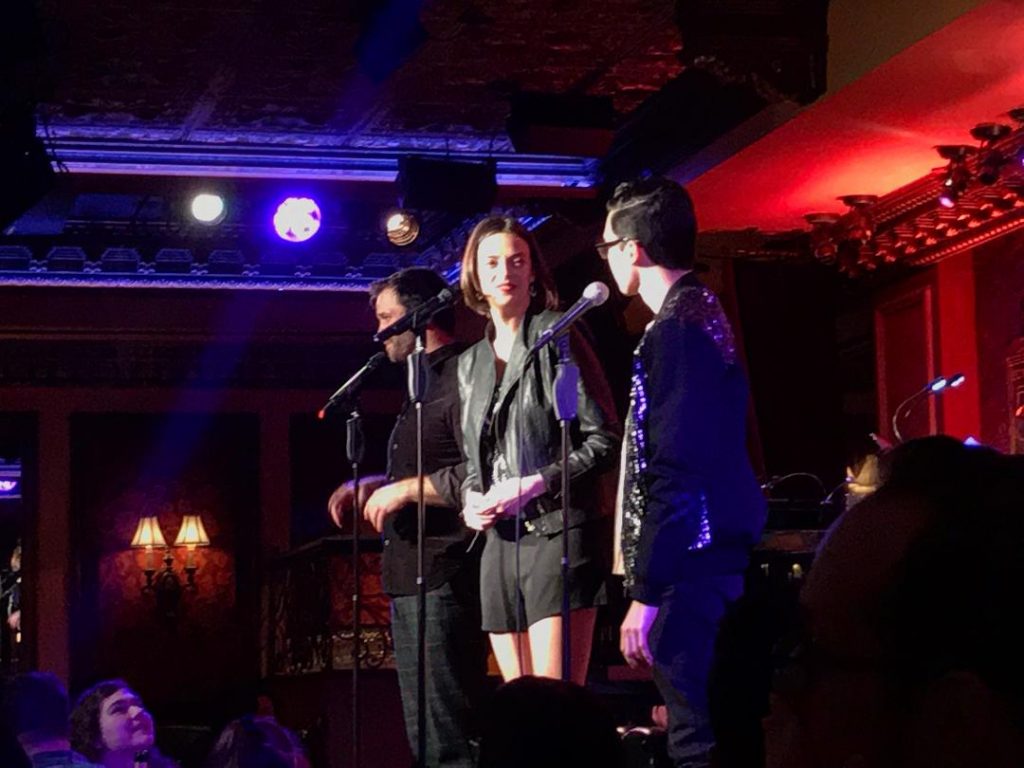 Bond, Iwata and Suskauer shared stories of their time as swings, of working so closely together and getting to know each other in such a short amount of time. Their chemistry was undeniable, whether Bond and Iwata were hilariously serenading each other in “Bad Idea” from Waitress, Bond and Suskauer were harmonizing beautifully in a Jason Robert Brown medley or all three were earnestly singing together about their dreams coming true in the finale number, Iconis’ “Broadway, Here I Come” from Smash. At one point, Suskauer tried to transition not-so-smoothly into asking Bond about his experience as a swing and Iwata teased her, remarking sarcastically that she’d be a great talk show host; but honestly, I’d watch a talk show hosted by this trio without hesitation.

Be More Chill has a passionate and dedicated teenage following and a number of young people were in attendance at Be More Swing. One young woman right near the stage was constantly gazing up with wide eyes at Bond, Iwata and Suskauer, completely entranced. Another girl in a “CREEPS” sweatshirt (an iconic wardrobe piece from Be More Chill) enthusiastically whispered to her dad the entire time, pointing to the stage with a huge smile plastered across her face. Even more remarkably, by the end of the concert, her dad seemed so impressed by the talent onstage that he was just as excited. The swings could barely make their way around the room when the concert was over as they talked to the young fans and took photos with anyone who asked.

Be More Swing may have been a one-night engagement, but Bond, Iwata and Suskauer hinted toward the end of the night that they would be happy to come back and do it again, next time including the three additional swings of the show’s upcoming Broadway run. Based on the concert’s attendance – and on Be More Chill’s sold-out off-Broadway run and already wildy popular Broadway run – they’d definitely have another full house, and I’d definitely be sitting among the crowd.