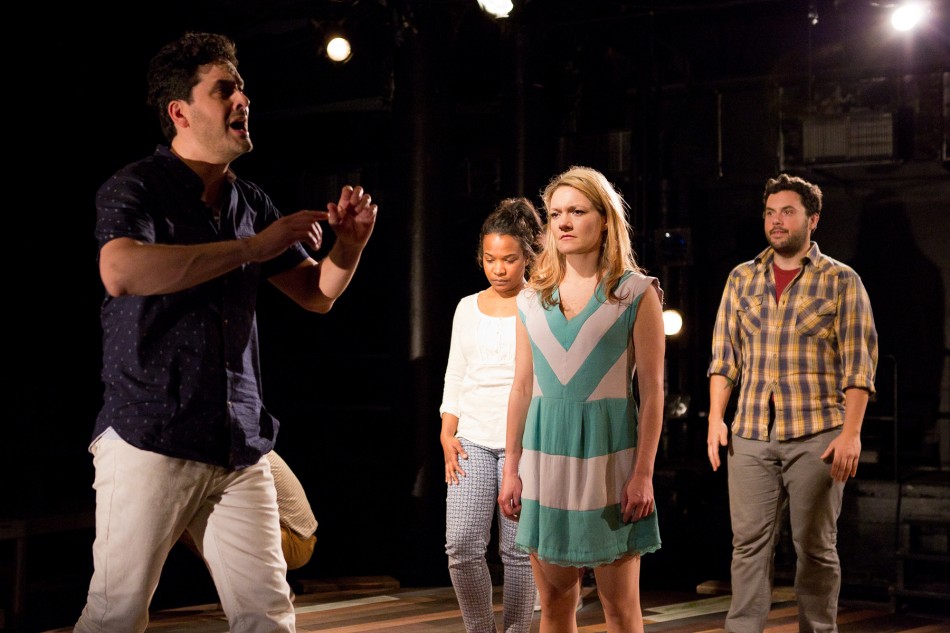 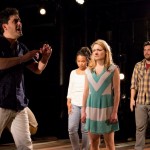 CollaborationTown’s new play, Family Play (1979 to Present) is the result of a two-year residency at The New Ohio Theatre. The amount of time put into it is obvious from the start. This is a well-oiled production with a strong and aware ensemble whose members easily shift from character to character in each of the micro dramas that unfold over nearly two hours. Two of the cast members (Geoffrey Decas O’Donnell and Boo Killebrew) are also a part of the writing team. The whole crew has assembled a piece of theater that is professional and engrossing even as its narrow scope renders it a missed opportunity. 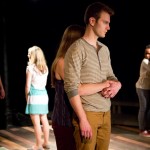 The cast members play post-Baby Boomers from childhood to early adulthood alternating as each other’s friends, lovers, parents, and siblings, both gay and straight, throughout. The early childhood scenes are hit or miss as some of the attempts at playing small children come off a bit too precious and unbelievable. Once the timeline lunges forward to focus on characters discovering their sexuality, the rhythm steadies and the characters become engaging. The writers (O’Donnell, Killebrew, and Jordan Seavey) do an excellent job of making each interaction brief, yet lasting. You’d like to stick around with some of these folks.

The ensemble members are all solid here. Standouts include co-writer Killebrew and Therese Plaehn, who have the easiest time shifting between adult and child characters. One of the play’s best scenes involves the two as teenagers forging a romantic connection during a tarot card reading. The two are tender and funny as they capture the fear and excitement of falling for one another. The scene is also a great representation of Lee Sunday Evans’ careful staging. The director keeps all the performers on or around the raised circular platform stage but the inactive ensemble members never distract from the scenes at hand. 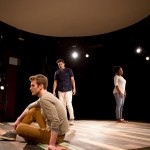 Given the performers’ chemistry with one another and the intensity of their interactions, it is perplexing that the playwrights have settled on a limited view of American life. Very few scenes feature characters dealing with financial instability and while the play does a fine job of addressing gender and sexuality, race is never a part of the discussion. Given the tumultuous period in question, it seems to be an egregious oversight to present a portrait of American life that is so privileged and white. Some of the more disposable scenes might have been replaced with something a little more outside of the writers’ comfort zone. As it stands, Family Play (1979 to Present) suggests, whether accurately or not, a Generation X more concerned with relationships than social inequity.

Family Play (1979 to Present) is showing at The New Ohio Theatre (154 Christopher St.; from April 28-May 16. Tickets are available at http://newohiotheatre.org 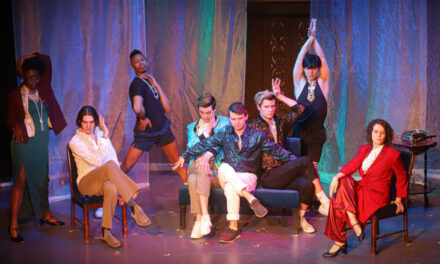