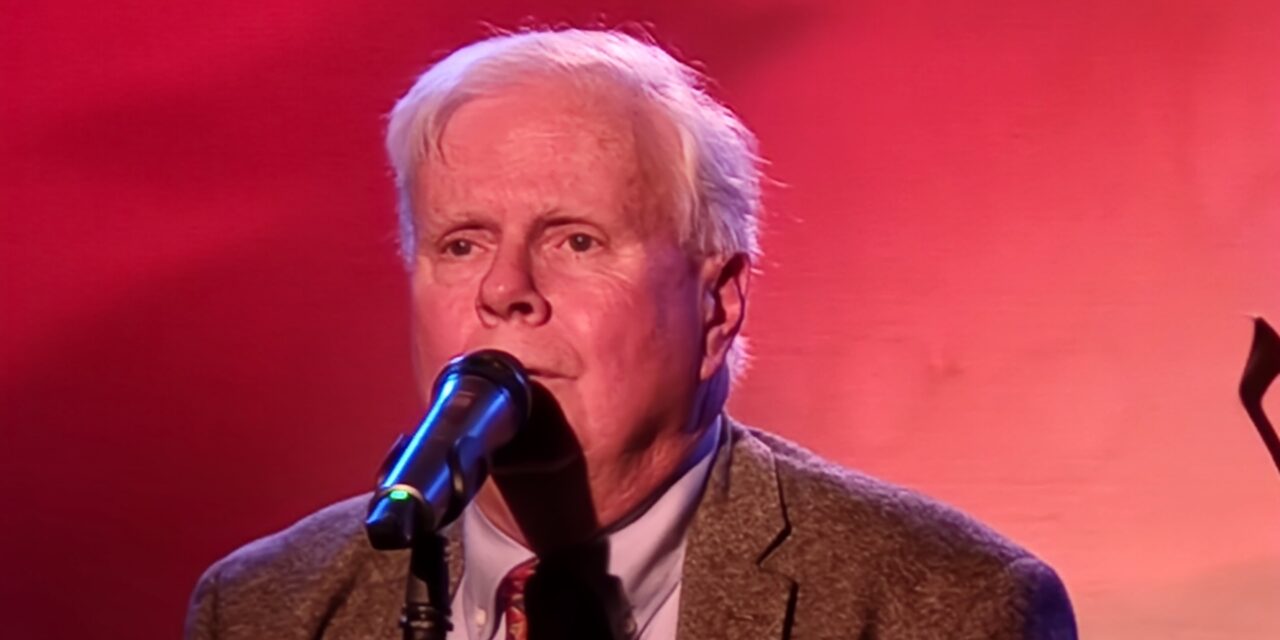 Bob O’Hare is a former actor who gave it up to become an attorney four decades ago, a profession he still practices.  Like many attorneys, he’s quite the raconteur.  And unsurprisingly for a man named O’Hare, he is an Irish tenor.  Only a few months after Bob returned to performing in 2009, a catastrophic accident derailed his cabaret career, but with surgery and years of rehabilitation, made a remarkable comeback in 2013.

For his latest cabaret show, at Don’t Tell Mama, Bob was drawn to the lyrics of Ira Gershwin, the “other” Gershwin.  His brother George composed some of the most celebrated music of the Great American Songbook before his untimely death at 38.  Ira was the relatively unsung (so to speak) lyricist whose work often gets short shrift in Gershwin celebrations.  In fact, Ira wrote with many composers after George’s death, including Harold Arlen, Vernon Duke and Jerome Kern, and lived to 86.

Bob, who slowly and carefully worked his way to the “Brick Room” stage with the assistance of a cane and unseen leg braces, opened with “Sweet and Lowdown.” He addressed his “losing argument with gravity.”  Though he needed to sit for the entire show – a diaphragmatic challenge for any singer – he shared that in his dreams, he dances.  Mr. O’Hare was accompanied by the Tom Nelson Trio (pianist Tom Nelson, bassist Tom Kirchmer and drummer Peter Grant).

A lovely medley of songs by the brothers Gershwin included the rarity “Fidgety Feet,” and Bob danced with his hands for this section.  In honoring a lyricist rather than the composers, he included even obscure, rarely sung verses, which introduced several marvelous song surprises.  The best such surprise was hearing the instantly familiar melody of “The Man Who Got Away” from A Star is Born sung with completely different lyrics.  Harold Arlen and Johnny Mercer wrote this “Untitled Song” for Blues in the Night, but it was ultimately rejected.  Arlen later “pulled it from the trunk” when he worked with Gershwin on A Star is Born.  (For Mercer, it was “the song that got away.”)

Midway through the show, Bob called to the stage his director, Eric Michael Gillett, an award-winning vocalist, actor and former circus ringmaster.  He had never performed in a client’s show before, but then again, he quipped, no one asked until now!  The celebrated Mr. Gillett performed several songs, most notably a jazzy arrangement of “They Can’t Take That Away from Me” featuring the bass.  Astonishingly, Mr. Gillett’s supple voice has a tone similar to that of a young Barry Manilow, though he is over 70.

Bob returned with a jazzy blues rendition of “Dissertation on the State of Bliss (Love and Learn).”  Here, as he did throughout, Bob provided an enlightening story behind the song, which was introduced by Bing Crosby, nearly playing himself as an alcoholic singer in The Country Girl.  His acting chops were put to good use for emotional interpretations on “I Can’t Get Started” and “But Not for Me.”

In a lighter moment, Bob noted that Ira Gershwin loved rhymes and never met a rhyming couplet he didn’t like, a quality Stephen Sondheim somewhat denigrated when speaking about the lyricist sometime after Gershwin’s 1983 death.  The brothers even wrote a song for The Goldwyn Follies called “I Love to Rhyme,” one of George’s final songs.  Here, Ira rhymed phrases like horses and golf courses, climb and crime, as well as nonsense rhymes, giving it a stream-of-consciousness silliness.  Yet it all made sense when the protagonist asks, “But wouldn’t it be sublime if someday you would rhyme with me?”

The singing attorney made his closing argument with the gorgeous “He Loves, and She Loves,” during which Tom Nelson cleverly played a quote of George Gershwin’s piano composition “Rhapsody in Blue.”  For an encore, Bob sang a beautiful verse that completely stumped me, leading to a somewhat Latin rendition of “Long Ago and Far Away.”

Bob O’Hare’s warm presence, engaging and informative patter, a pleasant voice, and excellent choices made for a delightful evening of cabaret.