Broadway Up Close at Merkin Hall 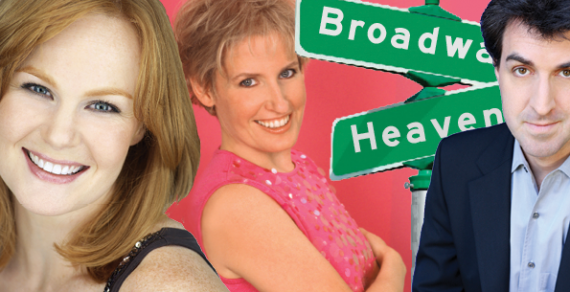 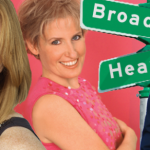 Liz Callaway celebrates 10 years of hosting the Broadway Up Close Series at Merkin Hall with composers and singers of shows that are “Bound For Broadway.”

The road to Broadway has changed in the past 50 years. A show used to be able to travel out of town for tryouts, make whatever changes necessary, then open in New York and either fail or succeed. Today there are many other routes, as we learned in The Broadway Up Close Series at Merkin Hall on Monday, October 6th. Sean Harley serves as Artistic Director and Liz Callaway a charming host/interviewer.

Four new shows were featured and the composing teams talked with Liz about how their shows came about, where they were being produced, explained the genesis of the three songs that were to be sung and introduced the singers.

First up was Date of a Lifetime with Book & Lyrics by Carl Kissin, and Music by Rob Baumgartner, Jr. This two-person show is about speed dating and first began as a 3-minute monologue that Carl performed in his show. The idea was expanded to a musical when the West Village Music Festival paired him with Rob. They had never met before but enjoyed working together. The show was produced at the NYMF in 2011 and at the NJ Rep last spring. With Rob at the piano, the talented Farah Alvin and Jamie LaVerdiere sang three songs that showed the progression of their relationship “Dog Talking Blues,” “You Listened,” and the couple finally exchanging their quirky vows in “I Will.”

Next presented was When We Met, also a show about dating, but this time the couple is older and meet on a blind date that both are reluctant to go on. The show began when singers Sally Wilfert and Michael Winther wanted to do a project together and brought in composer Julianne Wick Davis to write the music and lyrics and Dan Collins to write the book. The show is a collaboration of all those involved and was performed at the O’Neill Theater Conference in 2012. For the 3 songs that were performed, a quartet was brought onto the stage consisting of Charity Wicks on piano, Christine Kim on cello, Conway Kuo, violin and Mary Jo Stilp on viola. First, Michael sang “Twenty Year Old Faces” about what he gazes upon as a college professor, then “Morning After Mornings” about the awkwardness of the morning after, followed by “Jump In” when the couple decides to finally go for it.

The 2nd Act began with Marcy Heisler and Zina Goldrich’s show Ever After that will be produced next spring at the Papermill Playhouse. It is based on the Drew Barrymore Cinderella film and was showcased in the Broadway Up Close Series in 2007, demonstrating how long it takes for musicals to “get on the boards.” Liz asked if the current production of R & H’s Cinderella interfered with getting their show produced and Zina said that they had to wait. However, she emphasized that the Cinderella story is iconic and that this version is quite different. These two brilliant composers have been writing together for 20 years and are practically sisters at this point. With Zina at the piano, Marcy performed “Who Needs Love,” a wonderful song that Cinderella sings while in denial. Then Geoff Packard, as the prince,sang “Right Before My Eyes” followed by Julia Murney as the stepmother singing, “After All.” This show is worth a trip to Papermill next spring to say that you saw it before it became a Broadway hit.

The last musical to be shown was based on the famed children’s book by Natalie Babbitt, Tuck Everlasting, about everlasting love, never-ending life and “discovering what it means to truly feel alive.” The music is by Christopher Miller who was interviewed as lyricist Nathan Tysen was on his honeymoon in Greece. Book writer Claudia Shear and the famed director and choreographer Casey Nicholaw did not attend but the production will be staged in early 2015 at The Alliance Stage in Atlanta before coming to The Great White Way. The three songs were quite lovely as Andrew Keenan Bolger sang “Top of the World”, Barrett Wilbert Weed “Everlasting” and the treat of the evening – host Liz Callaway perform “My Most Beautiful Day” – her voice extraordinary, ringing throughout the auditorium. A perfect way to end this remarkable evening.

In the Program, there was a complete list of the hundreds of shows that have been featured in the series from 2001-2013. Unfortunately, most did not make it to Broadway but Avenue Q, Musical of Musicals, High Fidelity and others by important writers were among them. Seeing how long it takes these days from page to stage, some of these shows might still have a chance to be produced at some time in the future.