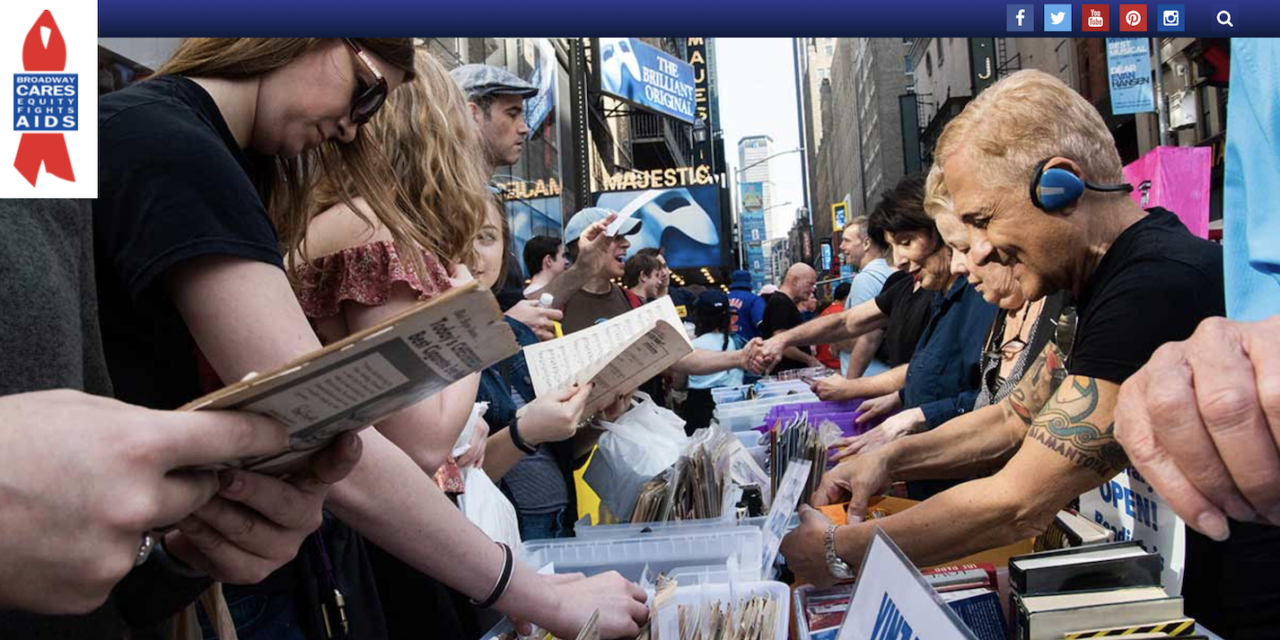 Take Note – West 44th and 45th Streets will be lined with booths and tables containing everything Broadway from 10am to 7pm on Sept. 25 for all you theater fans and industry members.

A silent auction will take place in Shubert Alley along with a live auction that will occur in the Times Square pedestrian plaza located between 45th and 46th Streets.

There is also an online auction so fans from beyond New York can bid on certain items. Online pre-bidding begins in early September. More details about the show, the stars and other info will be announced right after Labor Day.

The annual event is produced by Broadway Cares/Equity Fights AIDS, which also benefits from the proceeds.