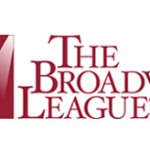 The Broadway League has awarded coveted New York Education Grants to the Broadway productions of Act One, Matilda the Musical, and Violet. Each production receives a $5,000 grant towards its 2014 educational and community engagement initiatives. The grants aid the growth and development of theatre education in the city as they encourage Broadway productions to create more opportunities for young people. This is the first year that the Broadway League has awarded three grants instead of two, due to the increased number of proposals of quality programs.

The Broadway League established the New York Education Grants in 2002 to recognize education initiatives and to support further programs for Broadway shows.  As the national trade organization for the commercial theatre industry, the League also sponsors a grant program supporting education and community engagement programs for Touring Broadway productions.  The two programs combined have to-date awarded over $900,000 to theatres in New York and across the country. Both grants were established by The League with generous additional financial support from Theatre Development Fund.

“The Broadway League is proud to award Act One, Matilda the Musical, and Violet with the 2014 New York Education and Community Engagement Grants,” said Charlotte St. Martin, Executive Director of The Broadway League. “Since more shows are developing and expanding educational programs than ever before, there were significantly more proposals submitted this year so we decided to award three grants instead of two. The vibrancy of these programs and the decision to include them as part of the shows’ infrastructure illuminates the value Broadway is placing on cultivating future professionals and audiences.”

The Broadway Production of Act One will provide 1,180 economically disadvantaged students and 25 teachers from 14 New York City public schools with an introduction to the theatre through Lincoln Center Theater’s Open Stages High School Program. Act One, adapted by James Lapine, tells the story of Moss Hart’s journey from an impoverished immigrant family to a towering figure in the American theatre.  With the guidance of LCT’s experienced teaching artists, students will participate in three pre-show workshops, and teachers will attend four training sessions devising lesson plans that incorporate the subjects and themes of Act One as teaching tools in the classroom. In May, these students will attend a performance of Act One at the Vivian Beaumont Theatre.

Matilda the Musical will provide over 360 children in 12 New York City public schools with the opportunity to explore creativity and writing through the “Write Here, Write Now” program. This musical, which won four Tony Awards® in 2013, is based on the beloved children’s novel by Roald Dahl. With guidance in the classroom by teaching artists trained by the Royal Shakespeare Company, these students will write a scene and song inspired by the characters in the show. In November, the students will come to the Shubert Theatre to watch some of their selected works staged by the Broadway cast of Matilda the Musical, followed by a performance of the show.

The Broadway production of Violet will engage 120 middle school students and 4 teachers in the Roundabout Theatre Company’s module for the 92Y’s “Art Collectors” program. Starting in April, students will participate in a series of workshops to discover the theatre as a vehicle for self-expression and learn about its integral role in the evolution of society. Set in the deep south of 1964, Violet tells the story of a facially deformed girl who embarks on a journey with the faith that a televangelist in Oklahoma can heal her. This story will become a platform for students to learn about the civil rights movement, the Vietnam War and the role of women in 1960s America. In May, students will attend Violet at the American Airlines Theatre.