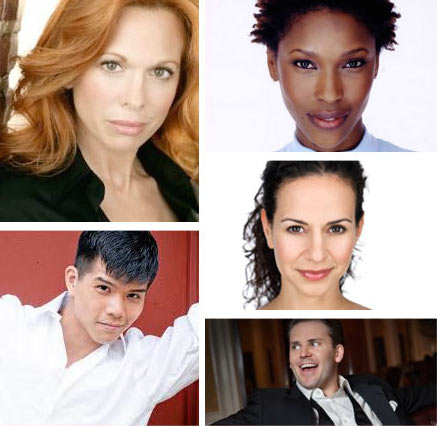 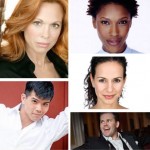 You’ve probably had the experience: a performer sings a song that knocks your socks off. The audience applauds so wildly it can hardly stop. It might be the song, the way it’s sung, or both. In any case, it literally stops the show.

Three divas, Broadway stars Carolee Carmello, Mandy Gonzalez and Kissy Simmons, with their powerful vocalizations and charming stage presence, proved the point at 54 Below’s Broadway Showstoppers! directed and hosted by the genial Stephen DeAngelis. The two Broadway stars of the male gender – Telly Leung and Robert Creighton – not so much.

Broadway Showstoppers! featured numbers sung by these five performers in their respective shows, as well as numbers they’d like to be cast for, but have never sung in a show. Before the prodigious singing began, though, the trio of musicians on stage – Music Director extraordinaire, Eugene Gwozdz at the piano, Adam Neely on bass, and Larry Lelli on drums – played an overture of showstoppers, all from the same Broadway hit: Gypsy.  Arranging for Broadway Showstoppers! was skillfully executed by the multi-talented Gwozdz.

Creighton is a classic character player. He’s funny, entertaining, and possesses a solid, if not powerful voice. He’s full of comedy, shtick and sincerity. His first number came from his opportunity to go on for Joel Grey in Anything Goes: “I Get A Kick Out of You.” Creighton followed with, “Mr. Cellophane” (Chicago), and finished with “Give My Regards to Broadway/I’m a Yankee Doodle Dandy” (George M), channeling film’s James Cagney to a “tee.”

Telly Leung has a sweet voice and manner on stage, but his upper register tenor isn’t the force of nature associated with the traditional showstopper number. Telly, assuming the role of Glinda, sang “For Good” with Mandy, reprising her role as Elphaba in Wicked. Telly also provided “back-up” for Mandy on Dance of the Vampire’s “Total Eclipse of the Heart.” His last number, “I’ll Cover You,” which he sang in Rent, was within his vocal range and comfort zone, and was delivered with heart and tenderness – a clear audience pleaser.

In alternating sets of female/male, the woman-power on the Broadway Showstoppers! stage produced enough voltage to light up the isle of Manhattan for a month of Sundays. (Perhaps the casting of these two males stars was a purposeful move to provide rest periods between such high-energy output.)  Kissy Simmons sang the first  number of the show, “Shadowland,” from The Lion King, reprising her role as the longest-running Nala to date. Her beautiful, rich mezzo vocals and acting chops delivered the goods with her two other showstopping numbers, “Easy As Life,” from Aida, and “I Have Nothing,” from The Bodyguard (which originated in the West End and has yet to come to Broadway).

Mandy Gonzalez, began her set of three numbers with “Don’t Cry for Me, Argentina,” from Evita, placing herself right up there with the diva’s diva, Patti Lu Pone. Carolee’s first number, “As Long As He Needs Me,” from Oliver! also placed her firmly among the ranks of the many divas to own this tune, including Shirley Bassey, Patti Lu Pone and Judy Garland. The “big enchilada” in Broadway Showstoppers! was Carolee’s rendition of the mega-showstopping number from Funny Girl, “Don’t Rain On My Parade,” in which she proved again she’s a diva among divas. At song’s end, the joke among the other performers was, “we can all go home now.” But wait, there’s more!, as those late-night commercials offer: Carolee, closed this show with her own showstopping number from Mama Mia, “The Winner Takes It All.”

Produced by Rich Aronstein/rj productions, Broadway Showstoppers! was also filled with entertaining light patter and stories of aspiration and success, providing over all a satisfying evening of powerful entertainment.