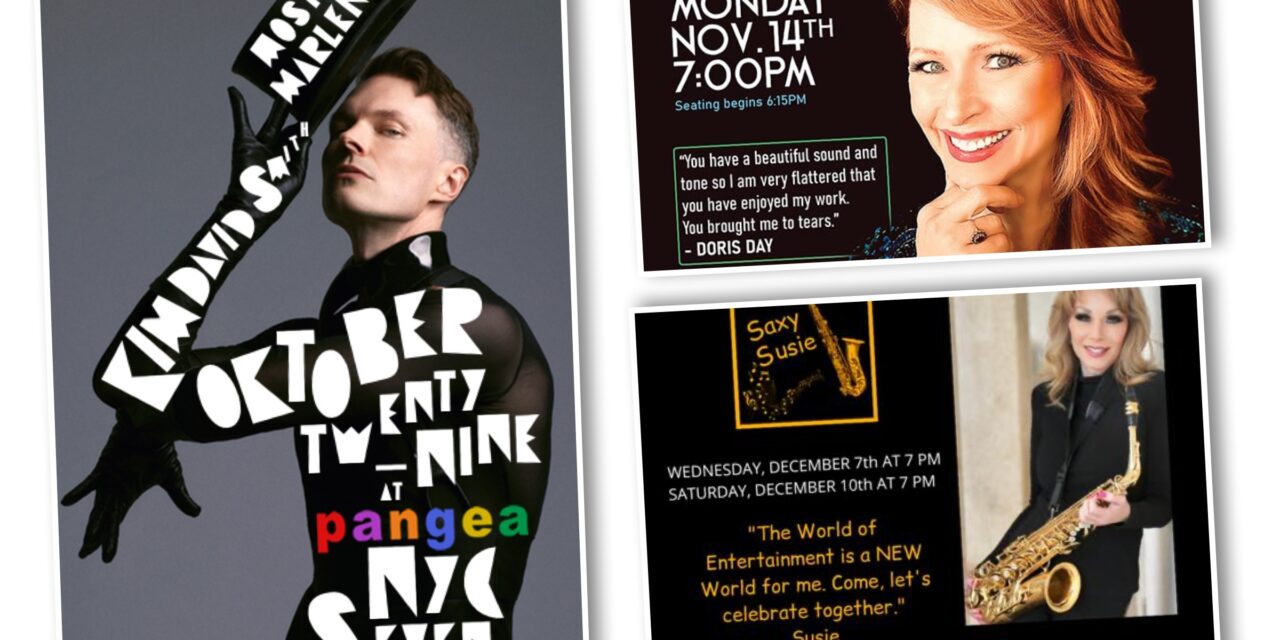 (Saxy) Susie Clausen celebrates the world of entertainment on December 7th and 10th @ 7 pm at www.donttellmamanyc.com  (directed by Marilyn Maye)

The Showman – Danny Bacher and The Critic – Marilyn Lester come together to present The Complete Performer – a Master Class (with Ian Herman on the keys) on November 9, from 6-9 pm @ Open Jar Studios. Contact MLesterCreative@gmail.com to join up! (only 8 participants)

Eleri Ward will celebrate her new album Keep A Tender Distance (Ghostlight Records)– the sublimely introspective folk guitar exploration of Stephen Sondheim’s singular musical theater canon – with a national concert tour. Ward will launch the tour with a show at New York’s Sony Hall on Monday, December 19, featuring special surprise musical guests. Keep A Tender Distance is currently availablein digital and streaming formats; a CD release is planned for later this season. The album is the follow-up to A Perfect Little Death, Ward’s viral hit debut take on the Sondheim catalog. Stream or download the album at eleriward.lnk.to/KeepaTenderDistance.

Concord Theatricals / Craft Recordings announced the launch of CD and vinyl preorders for the cast recording of the critically acclaimed Broadway revival of the New York City Center Encores! production of James Lapine andStephen Sondheim’s Into The Woods. The CD will be released on December 2, followed by vinyl on March 17, 2023. The 2-LP vinyl set will be available everywhere in Red and exclusively at Barnes & Noble in Gold. Preorders can be placed HERE. To celebrate the launch of preorders, the production released a new music video featuring Patina Miller recording “Last Midnight,” which can be viewed HERE.  The entire album is currently available to stream or download HERE.