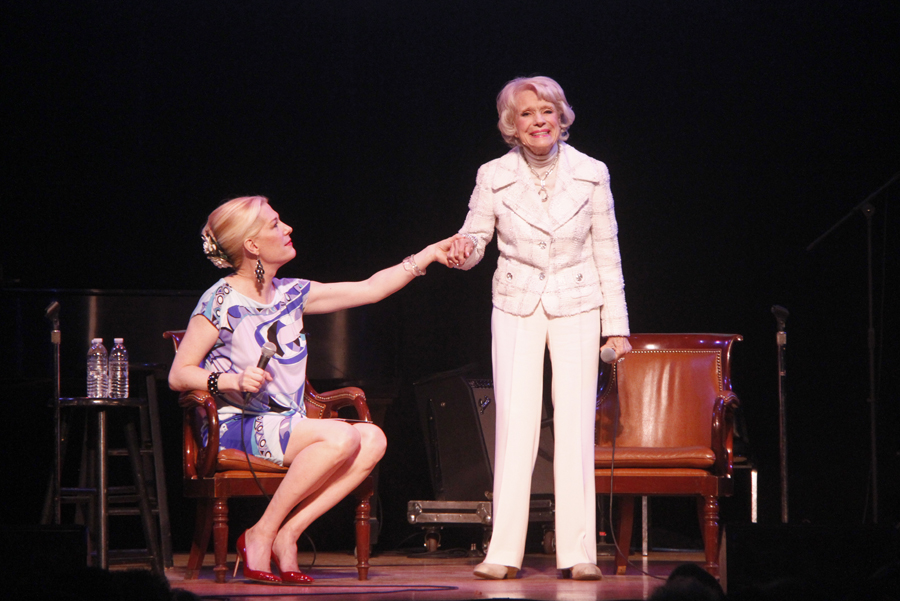 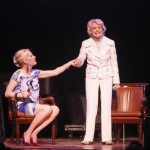 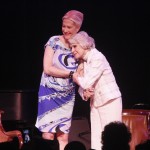 It was a once-in-a-lifetime happening; the convergence of Carol Channing’s soon to be 93rd birthday and the 50th Anniversary of “Hello Dolly.”  The Town Hall was filled with lots of LOVE! 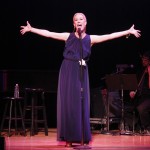 And that’s what Justin Vivian Bond gave to the audience – love from Burt Bacharach with “The Look of Love” and passion with the pulsating  “Love & The Anger” (Kate Bush). Justin is a class “A” act as he opened the show and sang song after song, only interrupting himself with comedic quips that landed well on the audience.  That took up the entire first act! 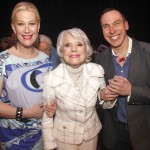 But we knew what was coming in the second act, the questions by Justin Vivian Bond and the answers that were to be given by the remarkable icon, with boundless vitality, who has made history over and over again. How fitting that history met history in The Town Hall!  As Carol Channing was introduced to the audience, they could barely contain themselves as everyone rose to their feet in unison to cheer her.  Looking slim and lovely in a white pants suit, the raspy wonder was ready.

Justin had some questions for the lady – “Where do you want to be buried?” What an opener!  But Ms. Channing was ready “San Francisco, my hometown,” going on to say: “I was born in Seattle” – a shout from the audience interrupts – “oh, you were there,” Ms. Channing counters.  And so it was tit for tat as Ms. Channing fielded every question with a fun-filled answer so typical of her comedic quick witted persona.

They discussed just about everything from Channing’s memories of wanting to sing like Sophie Tucker (as she gives a great rendition in a parodied version of Some of These Days) to her love of David Merrick  (he’d stand up and yell “wonderful woman”), to meeting Jackie Kennedy, Caroline and John who came backstage at “Hello Dolly” (little Caroline asking to take her purple purse and getting it). 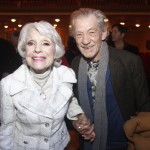 There were video tributes and congratulations from Lee Roy Reams, Bernadette Peters and more, including Chita Rivera who reminded Channing about removing her shoe to crack a lobster.

Can you imagine – – Carol Channing played Dolly for over 5000 performances! 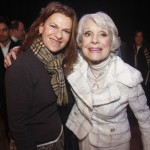 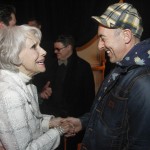 What more can I say?  It was one FABULOUS evening with a one-of-a-kind lady of the stage and screen with many celebrities part of the audience. Lance Horne led the band and it was heaven!

*The evening was produced by Daniel Nardicio.