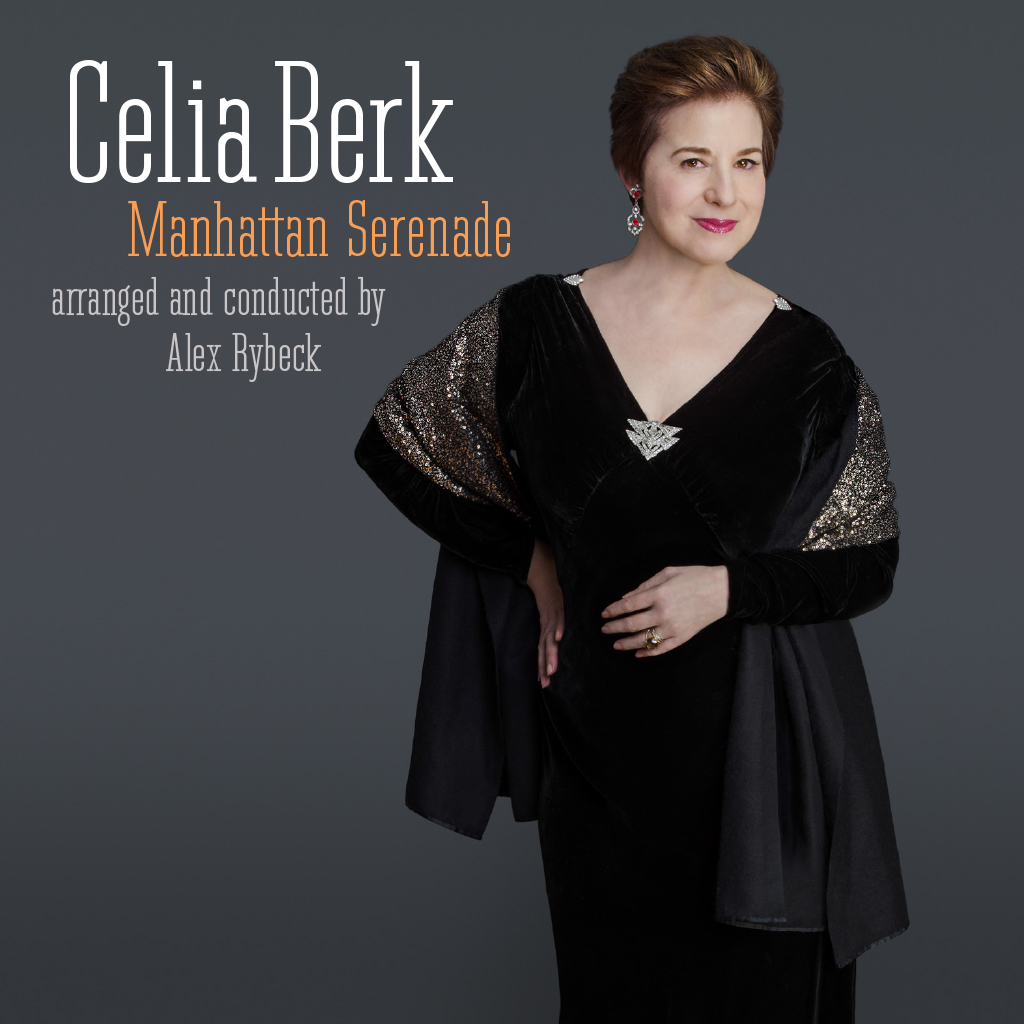 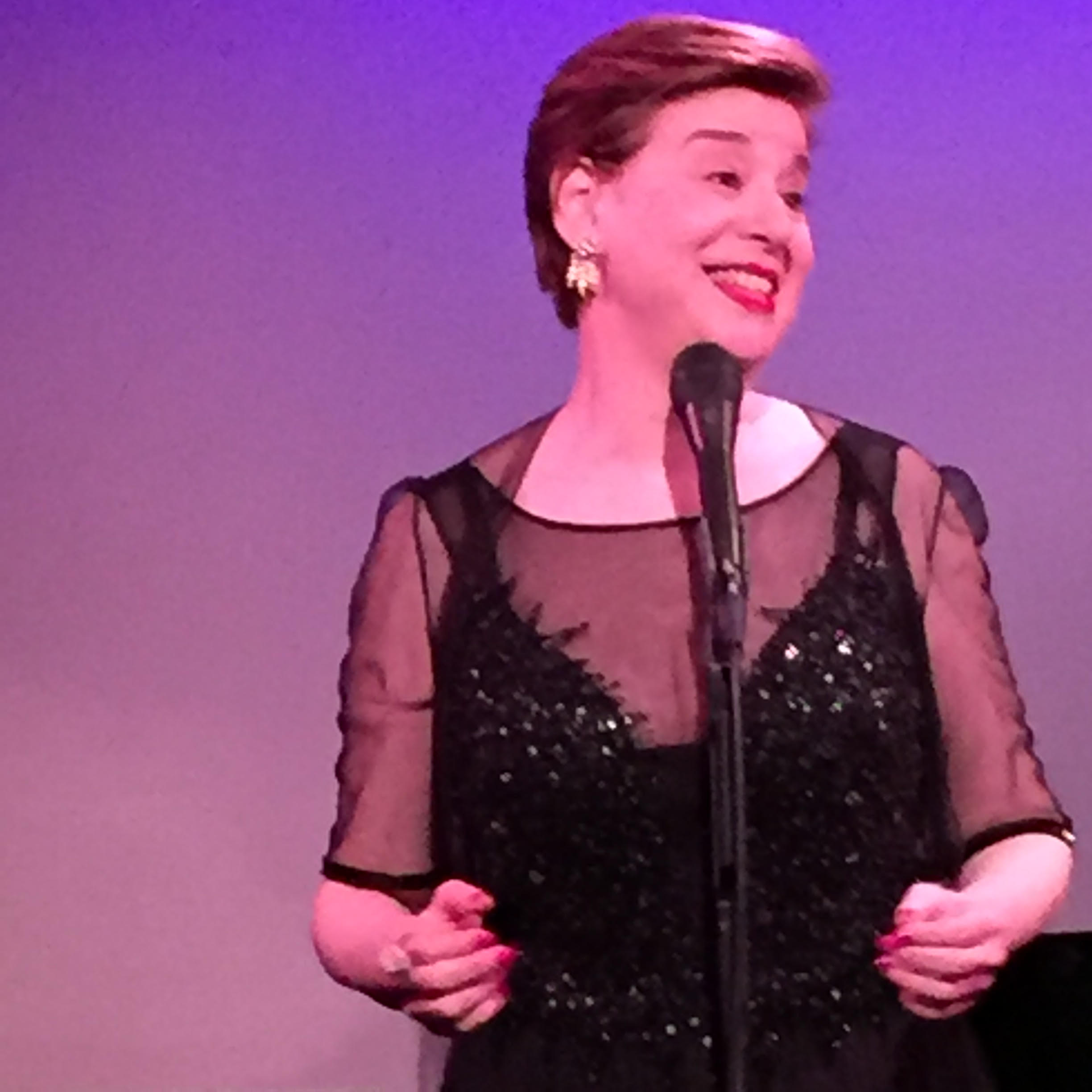 If Perry Como (look it up, kids) had had a secret daughter she would almost certainly be Celia Berk. Berk’s persona and voice are as remarkably relaxed and mellow as the legendary Como’s. She projects a sincere warmth that infuses her vocals, a capacity immediately evident from the first song of the set, “Spring in Manhattan,” and through to all the New York City-centric numbers that followed. In an era in which the big voice and the big belt holds sway, it’s a treat to hear a singer approach a song with an artistic sensibility that honors both the music and the lyrics. In the latter regard it’s very clear that Berk has thought about the lyric and she knows what she’s singing about from the inside out. Berk proves you don’t have to shout to be truly heard.

The occasion of this appearance at the Metropolitan Room (and three more to follow on successive Sundays) is the release of her second CD, Manhattan Serenade, which she explains is “my personal valentine to this city.” The CD is curated with hidden gems – songs about New York that are out of the box. Thus followed melodious versions of songs such as “Manhattan Hometown” and “A Tree In the Park.” With “The Party Upstairs,” Berk revealed the playful side of herself, singing the double-entendre of the number with wit and a droll sense of humor. She applied the same sense of playfulness to “Such a Wonderful Town,” about a marriage gone bad in Mamaroneck, New York. With the rock n’ roll classic, “Up On the Roof,” Berk slowed the tempo to a dreamy reverie, while “Lonely House,” was performed with a sultry air that conjured up an image of a dark, smoky bar at 3 am – when the patrons are few and the atmosphere languid. By contrast, the uptempo “Manhattan Madness” gave Berk an opportunity to apply a touch of swing to her presentation. She also pulled out a few stops on “Embraceable You.” 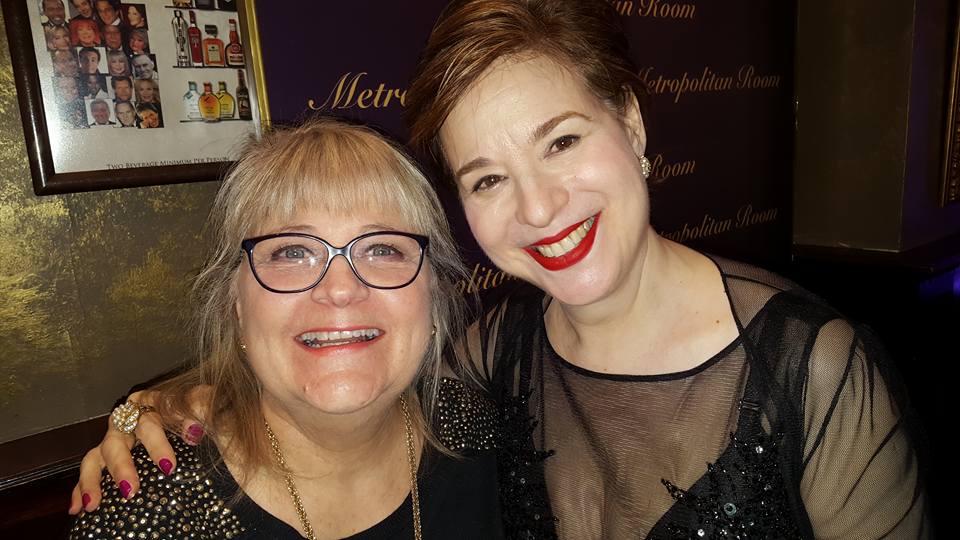 A special treat came with the first cabaret performance of the Richard Whiting/Hubert “Tex” Arnold/Gus Kahn song, “A Day Away From Town,” a trunk song gifted to Berk by Whiting’s granddaughter, Debbi Bush Whiting – who literally pulled the archived tune out of a storage box. In a medley of seven songs, entitled “Every Song Sounds Like a Song About New York,” Berk displayed her wide vocal range, from a deep contralto applied to “Phantom of the Opera,” to an operatic soprano applied to “Ah! Sweet Mystery of Life.” In fact, Berk does sing opera. She’s among a very few singers who can switch between pop music and operatic work with ease and success. She truly possesses an instrument, and it’s well-trained. Berk is mindful of it too. Her musicality is outstanding, with great control of her vibrato and impeccable diction.

Her last number, “Manhattan Serenade” (known more as an instrumental piece than a vocal, therefore wonderful to hear the lyric) conjured up a sophisticated city of a time past. It suited well Berk’s elegance and refined character. Her encore, “The Broadway Song,” was performed to the CD track for a taste of what the music sounds like with a 17-piece orchestra and a trio of back-up males. The sound was resplendent, yet Berk’s on-stage quartet provided a full-bodied, nothing-missing accompaniment to her singing. The rhythmic beat of Dan Gross on percussion and Jered Egan on the upright bass was joined by Dan Willis who added textural resonance with an interchange of flute, clarinet and saxophone. Alex Rybeck, who played piano, is also Berk’s music director and “partner in crime” on music choices. Rybeck, whose great talent is widely acknowledged, wrote arrangements for Berk that suited her perfectly. There are those who’ve critiqued her for being overly mellow, but Berk isn’t a belter and Rybeck knows this. It isn’t that Berk isn’t capable of it, it’s that this is not who she is. Jeff Harnar, who astutely directed Manhattan Serenade, also knows and appreciates the Berk persona and style. The three – Berk, Rybeck and Harnar – share a superb synergy and a creative partnership which has yielded a wonderfully pleasing and sustaining outcome.