Charging the Depths of Des Moines 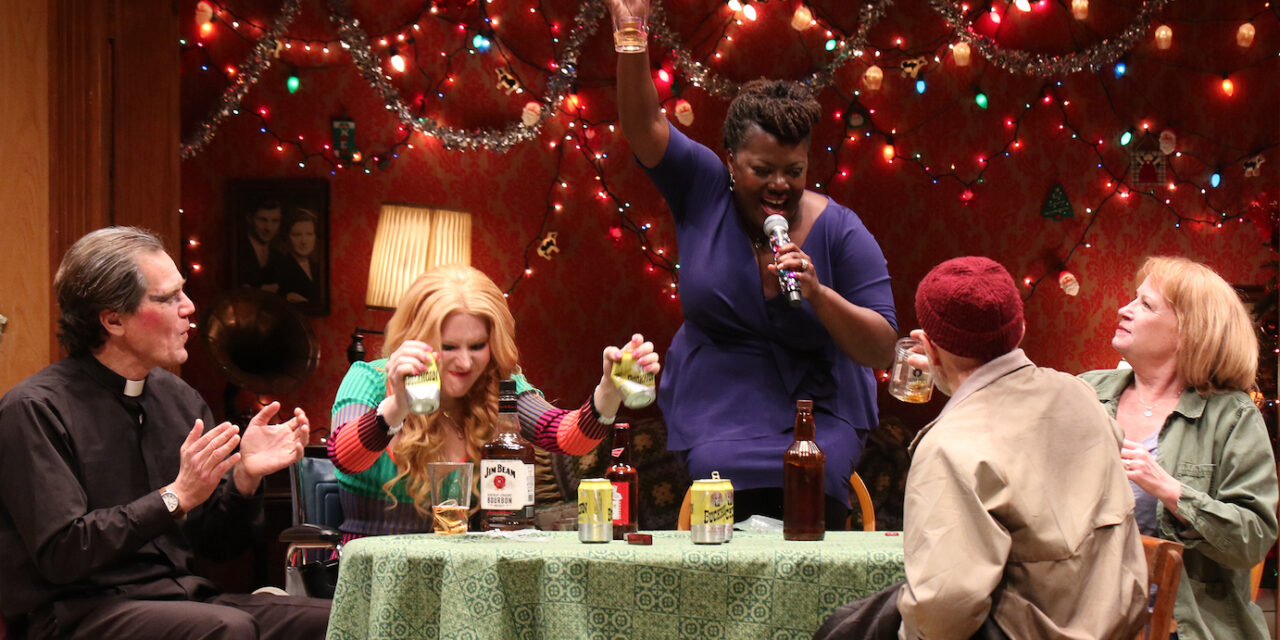 Sam Shepard may be dead, but his ghost has returned to hover over Denis Johnson’s Des Moines, which opened Thursday night in Brooklyn at the Polonsky Shakespeare Center. Helmed by Arin Arbus and produced by the Theatre for a New Audience where she serves as resident director, the play is finally receiving its first full-scale production after languishing solely in readings for years both pre- and post-the playwright’s untimely death in 2017. Johnson, born in 1949, was a novelist, playwright, screenwriter and poet, best known for Jesus’s Son (1992), a widely acclaimed collection of short stories. His New York Times obituary said that “Mr. Johnson came to his down-on-their-luck characters through personal experience. He had published a book of poetry, ‘The Man Among the Seals,’ at 19 and earned bachelor’s and master’s degrees from the University of Iowa. But addictions to alcohol and drugs, including heroin, derailed him. He was in a psychiatric ward at 21, he said, and hospitalized again during the first of his three marriages.”

This provides some background into the how and why of Des Moines, which deals with a quintet of damaged souls who, over the course of one night and into early morning, drown their sorrows in alcohol over matters of sex and death. On Riccardo Hernández’s unit set, the actors literally dance on the precipice of a full story’s drop that, in at least one moment in its staging, will make you fearful of a horrific accident occurring mid-performance. This daring Wallenda-like balancing act is done entirely on purpose, but instead of it drawing you into the play, it takes you out, concerned for the actors’ welfare as opposed to the characters’.

And what of these characters we are asked to spend an evening with? They are a strange and inarticulate bunch, though once in a while (and not often enough) someone manages to say something that has the ring of poetry about it. I was struck by one line in particular, spoken by Father Michael (Michael Shannon), a deeply wounded, self-doubting priest:

“I think when you’ve gotten to the point where you mourn the eternity of the death you had before you were ever born . . . Well, I think we can say then that life has beaten you.”

More of that would go a long way toward fleshing out the play’s characters, all Des Moines natives, four of whom know one another well. The fifth is a stranger named Mrs. Drinkwater (Heather Alicia Simms), who arrives ostensibly to pick up a ring left in a cab but sticks around for drinking games that make the ones in Edward Albee’s Who’s Afraid of Virginia Woof feel quaint (I will credit the play for introducing me to a drink, a combination of vodka and lager, called a Depth Charger). Though there’s little in the way of plot, the action revolves around Dan (Arliss Howard), and his wife Marta (Johanna Day), a sixtyish couple who reside in an uninviting apartment with their grandchild, the twenty-something Jimmy (Hari Nef). The unintended victim of a botched sex change operation that has left her in a wheelchair, Jimmy explains it was due to a doctor administering “an anesthetic in my tailbone and my tailbone never woke up.” Brazen and caustic, Jimmy could have been the character upon whom we put our hopes for breaking free from the claustrophobic life on display in this apartment; but she is underdeveloped in much the same way as the rest of these Iowans, left stranded by Johnson’s inert writing.

Though it’s a pleasure to see such longtime and respected veterans as Shannon, Howard and Day on the stage, their interactions go nowhere due to the aggravating nature of Johnson’s refusal to allow for deep connections or even change. Although the celibate Father Michael is first introduced when he is described by Dan as having been hanging outside a gay bar at two a.m. wearing women’s makeup, when we meet him his character is so shut down that there’s no getting inside his head. Late in the evening, running into the apartment with his collar ripped off, he announces he’s gotten married, and his new husband is waiting downstairs in a taxi. Only, there’s no follow-through. We aren’t sure if this has happened or if it’s in his imagination. If that’s the playwright’s intent, okay, that’s his right, but it sure isn’t satisfying. However, if you have longed to see Michael Shannon in full priest’s garb and garish makeup singing a karaoke “Love Me Tender,” then this is the show for you. Again, none of the actors can be faulted. They are doing yeoman’s work.

When, early on in the play, a wife tells her husband she has between two and four months to live, the husband maddingly has little to no response. It’s not explored later on either, which brings up the question of why it was even introduced in the first place. Mentioning Sam Shepard as I did at the top was mainly due to his Buried Child being on my mind for much of the night, serving as it so obviously does as a template. But Johnson’s work here really can’t be mentioned in the same sentence (guilty, sorry). Shepard knew how to transcend absurd behavior, with a style all his own, that drew you in. Des Moines excludes its audience, stuck in its own head, much to its detriment.