Speaking with Michael Feinstein About Café Carlyle and More 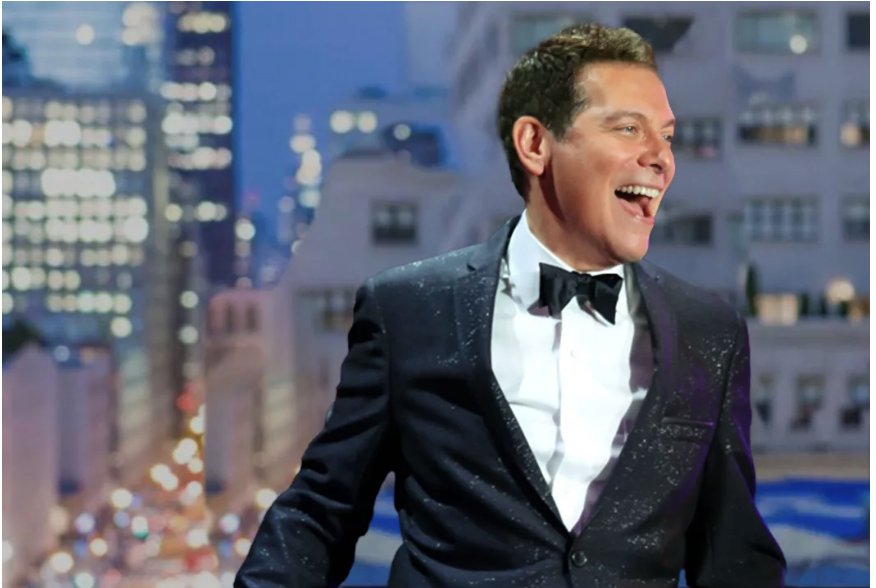 You wear so many hats, and all of them fit so well. From Ambassador of the Great American Songbook – where you keep carrying the torch forward – to educator, archivist, singer, entertainer and conductor – and stand-up comedian (if you were choosing another profession) as your stories are always filled with so much humor. . . and, of course, being the great historian of everything that pertains to the American Songbook.

Your run at the sumptuous Café Carlyle from December 13 thru 31 will most likely sell out every seat.  But that aside, let’s explore your new affiliation and more.

TP: What makes the Café Carlyle such a special place to perform?

MF: “The Café Carlyle is one of the few destination nightclubs in existence. I don’t know any other New York clubs that will attract a crowd just by virtue of name on the door. The Carlyle has such cache and is in many ways ground zero for nightclubs that the audiences there are a very interesting mixture. I must say that these are the youngest audiences I’ve had overall. There is a great number of young people in the audience, a lot of tourists, and fans of The Great American Songbook and my music. It is a very eclectic crowd, and every night has a feeling of celebration and gratitude for the very existence of the room and the feeling that it goes on and continues. It really is quite amazing… for me anyway.”

TP: With your vast knowledge of music, how do you even begin to choose which songs will make it into the show?

MF: “Choosing songs for any given performance is always an instinctive art. I sometimes put together a setlist over which I will agonize. Even though it may seem as if the songs are randomly chosen, they have to have an emotional throughline and I will sit, sometimes for hours, just going over and over, making lists of songs just to see how they feel. It is much easier to do a Sinatra themed show or a Gershwin show, or music from WWII. But for a Christmas show, I try to include enough Christmas music that will make people happy but not too much because we are all inundated with Christmas music at this time of year. So anytime I do a ‘standard’ Christmas song, I try to do it in a different way that will help people to hear it differently with new ears so not to have any… whiff of mothballs. Choosing a set is something that I’ve honed from my years playing in piano bars for five hours a night where I enjoyed doing it. And sometimes they come quickly, and sometimes they can take forever.”

TP: You must tell us what it was like recording with Alison Krauss and Dolly Parton! They are the gold standard in female voices in Country and beyond!

MF: “Well, I agree with you that Alison Krauss and Dolly Parton are indeed the gold standard in female voices. Alison is somebody who has one of the purest voices I’ve ever heard. I was over the moon when she agreed to sing with me. Then we went through and arduous process of finding the song that suited her. I suggested ‘Someone to Watch Over Me’ right off the bat. But characteristically, she wanted to explore the Gershwin catalogues so I sent her tons of songs and demos of me playing and singing so she could hear different styles and tempos to give her a sort of, triptych of what was possible. That took well over a year {laughs} and eventually she came back and decided she did indeed want to do ‘Someone to Watch Over Me’. We recorded it in Nashville together and then she wanted to go back and change her vocal after listening to it and indeed she did that. The result, I think, on her part is peerless.  Dolly is somebody I met many, many years ago at the home of Roddy McDowall and I was always very taken with her openness and kindness to so many people. I was gob smacked when she said yes to singing the duet of ‘Love is Here to Stay” with me. She is not that deeply familiar with the Gershwin catalog just as I am not that deeply familiar with some country music. Her dedication to the arrangement and working on the different vocal parts was quite something. Often when somebody approaches a famous singer to do a duet… I’m not saying they’ll phone it in, but they won’t go the extra mile. Dolly went the extra one hundred miles in that she kept tweaking and changing things as we went along because she wanted it to be a true duet and not one of those “you sing your line I’ll sing my line.” She wanted it to be a truly collaborative track otherwise, what would be the point of it.  So as much as I adored her before this project, she is just a superb human being for her kindness and of course for her talent.”

TP:  With the immediate success of Gershwin Country, and the fact that you’ve awakened a new audience for your music, might you now consider a Gershwin Rock, or Gershwin Pop, maybe a Gershwin Rap? It seems like you’ve tapped into a genius idea that truly has no limits.

MF: “I would love to do other songwriters in the country style. There are so many that lend themselves easily to the country milieu. Gershwin rock has kind of been done, or Gershwin pop I guess with that thing that was done in the 80s. That doesn’t interest me as much as doing more Great American Songbook standards in the country style because there is such crossover and complementary aspects that I think made the recording work. Gershwin Rap… no, that’s not going to come from me even though there’s a section of ‘Porgy & Bess’ called ‘I Hates Yo’ Struttin’ Style” that I think Serena essentially raps. It is not sung and there is musical accompaniment that really is a precursor to rap. As a matter of fact, the idiotic critic Ben Brantley, who has proven multiple times that he has no musical discernment, actually in writing a review of Porgy and Bess took the musical director to task saying it was blasphemous that they interpolated rap into a Gershwin show. When actually, it was literally performed as it was in the original opera. {laughs} So uh, there you go.”

TP: There is a theory that every successful person has had at least one real mentor in their lives who really shaped their career….who is that for you?

MF: “If I had to choose one mentor, it would certainly be Ira Gershwin. Those {age 20-26} were certainly important and formative years of my life. When I was forming myself, or being formed, as an adult male, I had the immeasurable gift of Ira taking me under his wing and teaching me so much about his world of American popular song. More specifically, about lyrical interpretation. Just by listening to recordings with him and finding out what he liked and what he didn’t, was a revelation. And learning the subtleties. That’s always where it is the most important, because even if somebody doesn’t consciously discern the difference between the way a lyric or word is spoken or sung, they feel it. So, it is Ira who made me go much, much deeper. But then, his next-door neighbor Rosemary Clooney at the same time taught me tremendous lessons. I came to accompany her several times. We did almost 200 shows together and learning from her was amazing. I was always taken by the way she moved on stage, even as she became more sedentary later in life. {I was taken by} The way she smiled, and made people cry when she’d sing a ballad smiling which is the same thing Judy Garland did.”

TP: What do you have in store for the audience at the Café Carlyle?

MF: “The program is one of celebration, there’s also some very poignant moments in it. But it’s a program of songs that I hope will lighten the spirits and open the heart. That’s what all good art should do. So, I truly hope that people will be happy, uplifted, and joyful if they come to the performance at the Carlyle. Thanks and love Sandi.”